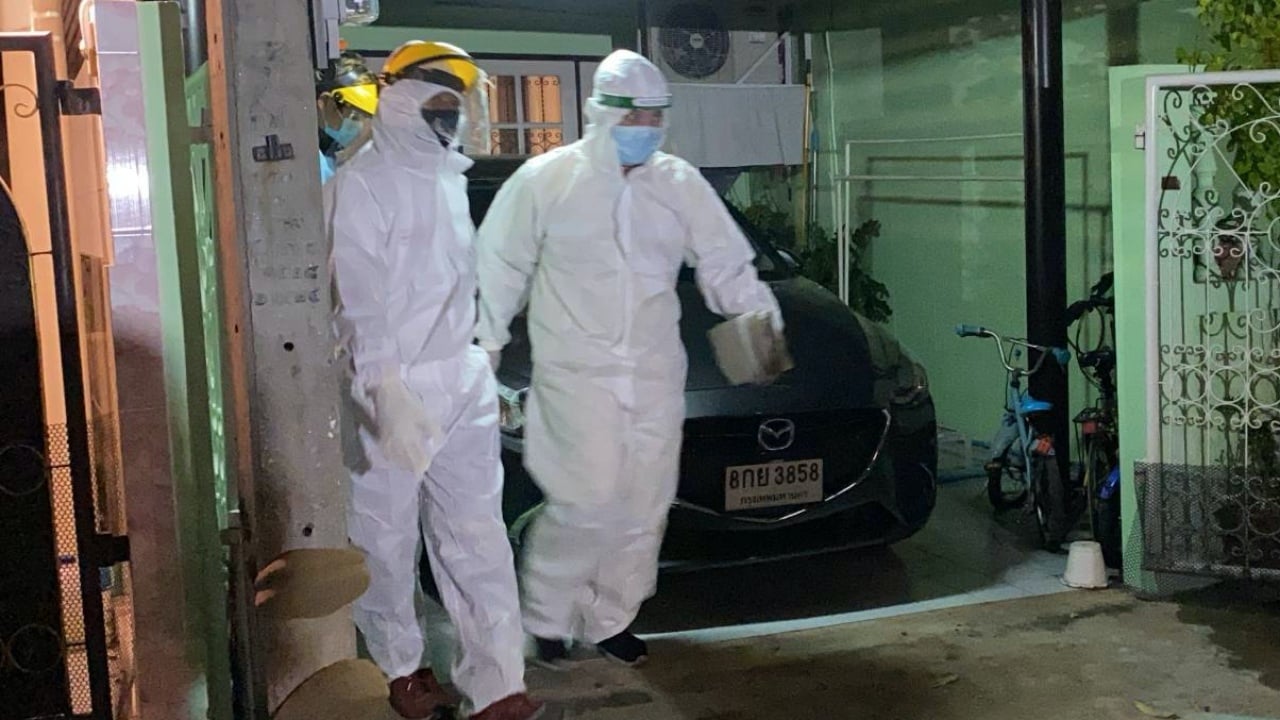 A 46-year-old woman who lives in Anusawari Sub-District, Bang Khen District, went to get Astrazenega vaccination, came home, had a high fever, aches and pains, took paracetamol better. But came back with a migraine-like headache. Which is a congenital disease. Take painkillers. After 1 hour, convulsions, unconsciousness, call an ambulance to help, but not in time. Doctors have not yet identified the cause.

The scene was a 2-storey townhouse where the body of Ms. Pannapat Itthinawong, 46, was found wearing a black t-shirt with short sleeves and a pink long-sleeved shirt worn over the outside. wearing elastic waist pants three legs white Lying on his back, died on the floor beside the bed in the bedroom on the 2nd floor of the house. The corpse had not yet found an erection. Hemorrhages after death were dark red blotches, pale conjunctiva, pale fingernails, white foam coming out of the mouth. And bleeding from the mouth, nose, no injuries outside the body.

From the investigation, it was known that At 11:00 a.m. on June 8, Ms. Pannapat’s granddaughter Received Phan Panpat The deceased were vaccinated againstCovid-19 at the injection center of the Thai Business Administration College of Technology Phaholyothin Road area and has beenvaccinateAstraZeneca brand The first dose was at 11.50 am. Waiting to see symptoms until 12.15 pm. Then came back to stay at home. and began to have a fever of 37.8 degrees, headache, aches, slight fatigue and took 2 paracetamol tablets at about 6:30 p.m.

Later at 8:10 p.m., the pain in the limbs and at 9:10 p.m. the pain began to decrease. but has a migraine-like headache So I took medication to relieve migraine headaches. who had a congenital disease at 10 p.m., and then about 15 minutes later, the deceased could not tell so he slept for about 15 minutes and got up to breathe like he was choking Having seizures and losing consciousness So the granddaughter followed the neighbors to help pump her heart and called an ambulance for rescue, but she was unsuccessful.

Initially, doctors were unable to determine for sure whether What was the cause of the death? The body was then sent for a thorough autopsy again at Bhumibol Hospital. After this, the investigator will make an appointment for the relatives of the deceased. Come to give a detailed testimony again at the Bang Khen Police Station.