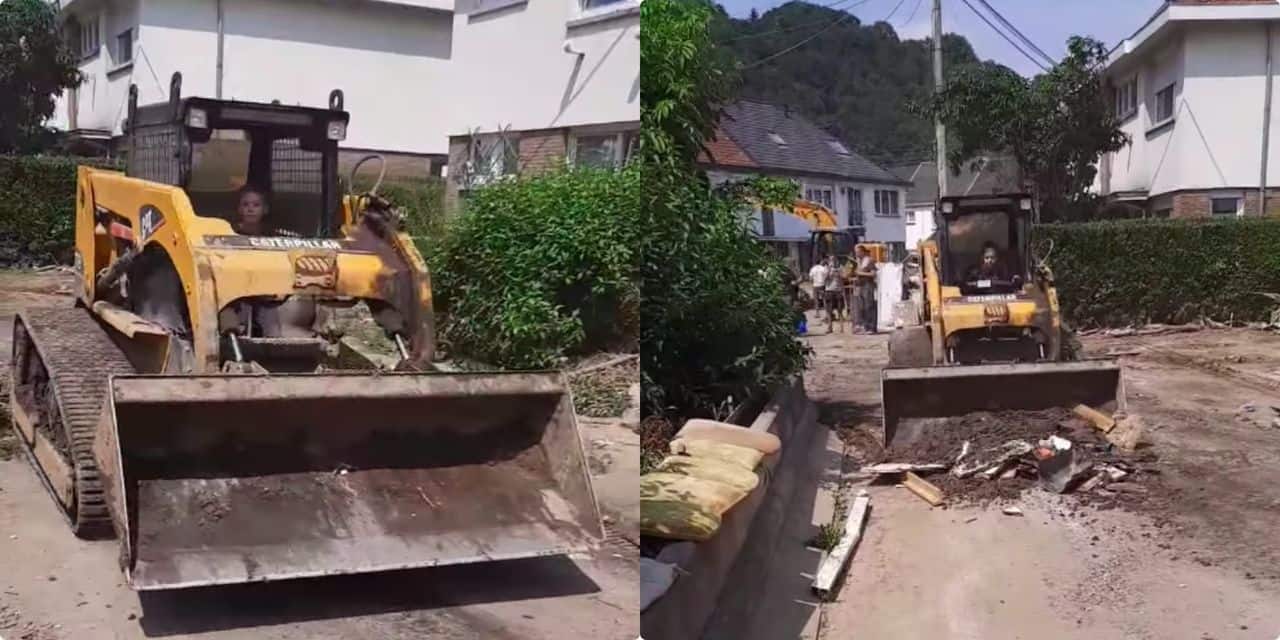 The floods of the past week have given rise to unimaginable scenes. But in recent days, these severe weather conditions have also offered incredible images of solidarity. In Pepinster, a town completely devastated by water, the inhabitants clear, wash and rebuild as best they can what has been damaged. And Monday, in the midst of dozens of volunteers who lent a hand to the victims, there was Nathan. At just six years old, the little boy got into a small bulldozer to help residents clear the trash littering the city streets.

His dad, a contractor who loaned construction machinery to help Pépins, indeed took him to the devastated streets, and Nathan wanted to help in his own way. “After five minutes on my knees, he wanted to lend a hand”, tells the boy’s dad to our colleagues from The future. Used to small construction machines – his father explains having bought him a small crane of 1.8 tons when he was two years old – Nathan then took control of a small bulldozer and began to collect the debris collected in the streets by the waves.

Since then, the boy’s images have been touring social networks.