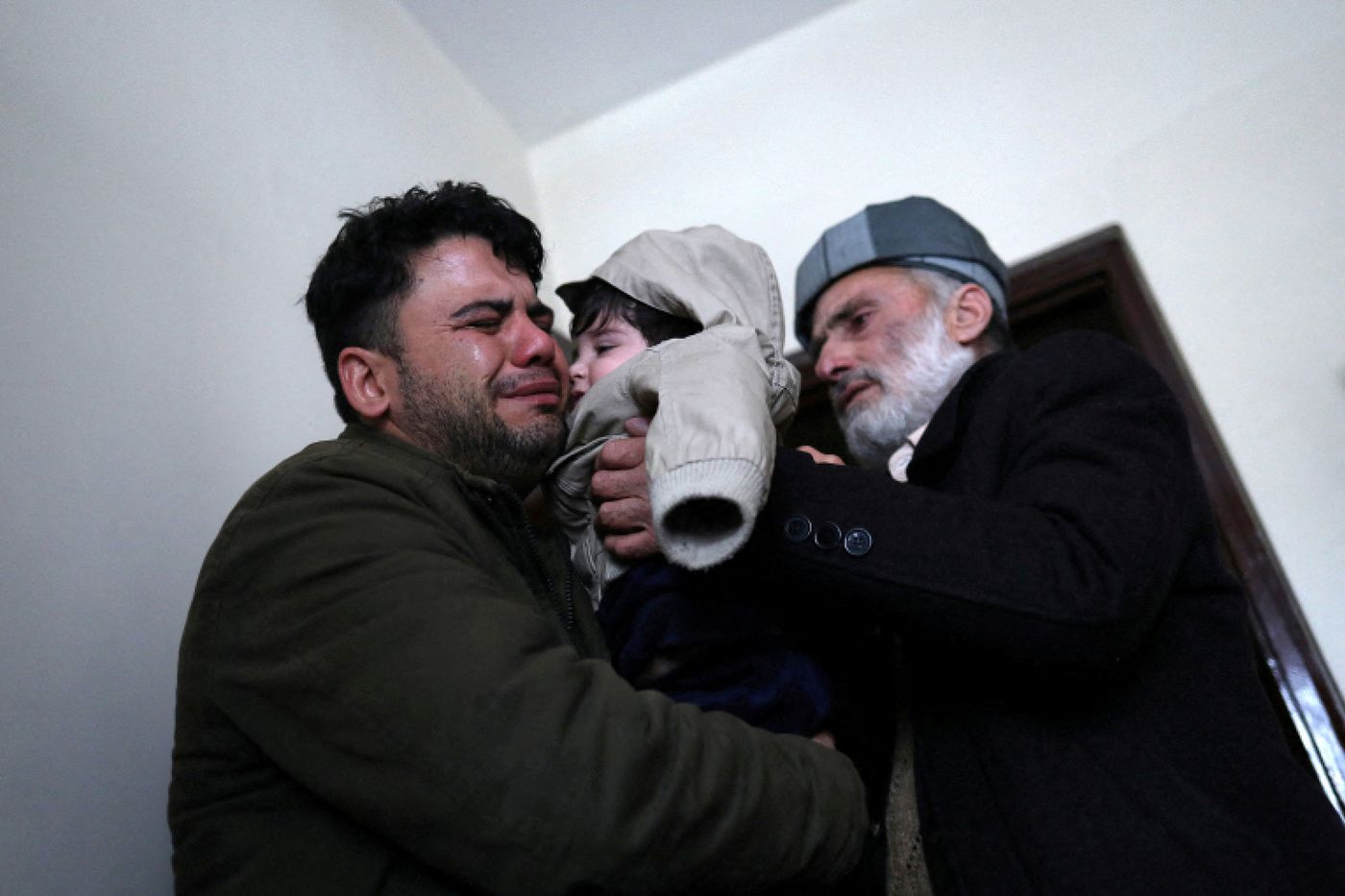 On August 19, 2021, 2-month-old Sohail Ahmadi was handed over to an American soldier over the wall at Kabul airport. Mirza Ali Ahmadi, his father, fears that the child will be crushed by the crowd which gathers to hope to find a place in the planes departing for the United States, following the seizure of power by the Taliban. Mirza Ali Ahmadi and his wife Suraya are then convinced that the American soldier will wait for them and that they will find their child inside the airport. But once the entrance gate has passed, no trace of the newborn baby.

Mirza Ali Ahmadi, a former US Embassy security guard, searches for little Sohail for three days. “I must have spoken to more than twenty people,he tells Reuters, I would ask everyone I saw, civilian or military, if they had seen my baby. “In vain. He decides to leave Afghanistan for Texas with his wife and their four other children. Three months later, their story took a turn with the publication in November of a dispatch by the Reuters news agency. Neighbors of Hamid Safi, a taxi driver from Kabul, recognize photos of the child and recall seeing the 29-year-old man returning from the airport with a baby. They then indicate its location in the comments of a translated version of the article.

→ ANALYSIS. What happens to the Afghans evacuated from Kabul?

This August 19, 2021, Hamid Safi is at Kabul airport to accompany his brother, who must be evacuated. He claims to have found little Sohail, on the ground, alone and in tears, and decided to take him home and take care of him. No details are given on the identity of the American soldier who first took in the child or on the conditions which would have led him to part with it.

Once the child has been identified, his father Mirza Ali asks his relatives who remained in Afghanistan, in particular his stepfather Mohammad Qasem Razawi, 67, to get in touch with Hamid Safi and his family. Mohammad Qasem Razawi, the child’s grandfather, told Reuters that he traveled two days and two nights to join the Safi family by bringing them gifts, including a slaughtered sheep, several kilos of nuts and clothes.

A reunion yet to come

But Hamid Safi refuses to give him the little one, insisting on the fact that he too wanted to be evacuated from Afghanistan with his family. Eventually running out of options, the child’s grandfather contacts local police to report a kidnapping. He is entrusted with the child, while the parents try from the United States to speed up the reunification procedure. Since the closure of the American embassy in Afghanistan, Afghan refugees have indeed struggled to obtain answers on the possibility of complex reunifications like this one.

Asked by AFP on Sunday January 9, the father, Ali Ahmadi, does not hide his joy: “We were in a sorry state for the past five months (…). But when we found our baby, we were happy that God had given us our baby back. “

The Safi family, who briefly welcomed the little one, were very attached to him, said the grandfather, who even invited them to his house to allow them to spend some time with the child. “I felt responsible for him like his mother, Fatimah Safi, the taxi driver’s wife, told AFP. He used to wake up often at night (…). Now when I wake up at night he’s not there and that makes me cry. “

Record trade deficit in France: understand everything in 5 minutes