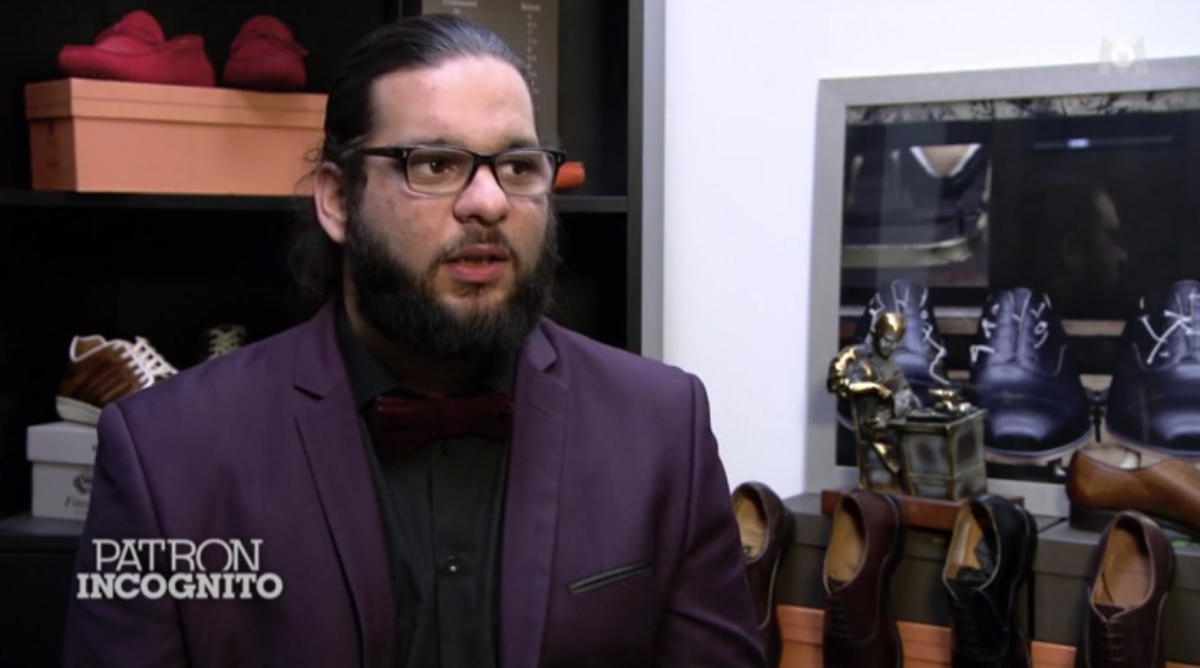 While some employees “trapped” by Patron incognito are rewarded with generous salary increases, job offers or valuable gifts, a salesperson of the shoe brand featured on Monday, January 24, 2022 was offered pairs of socks as well as job prospects. future more than amazing. What a lot to ask Internet users.

After an episode full of humanity which highlighted a very (too?) frank employee last week, Patron Incognito returned this Monday for a new episode on M6. On the bill for the evening: Arnaud Bruillon, 47, manager of the Finsbury brand, one of the leaders in luxury footwear for men. In order to hide his identity for his various immersions in his own business, the boss turned into a men’s fashion critic, with an eccentric look. “It’s catastrophic, I’m making a fool of myself … We’re far from classic masculine elegance there. I’m a UFO there, I don’t recognize myself”, he reacted, visibly quite badly at the glad to see his transformation. However, it is thanks to the latter that he was able to immerse himself without being unmasked in an Outlet store in Troyes, at the depot of his brand in the Parisian suburbs or even in the oldest shop located in the Opéra district in Paris. It was in this store that he met Lorenzo, an itinerant sales consultant, who had been there for only three months.

VIDEO – Boss Incognito: the makeover of a candidate provokes the mockery of Internet users

A young man who aims to become the brand’s best seller, and whose incognito boss has been able to identify the strengths and weaknesses. Among the first, Arnaud Bruillon noticed his ease with customers, his audacity and his “generosity in contact”. The negative points related to a vocabulary that was not always suitable or even a lack of knowledge of the brand’s sales pitches. After concluding a half-hearted sale with a client, who left with a pair of shoes when he was aiming for two at the start, Lorenzo made his boss cringe a little. “It was long, I got bored. There were unbearable blanks, he lacked argument. You have to be incisive […] You have to make the customer dream a little, you have to tell him a story”, he commented facing the camera. force the sale.

But it is above all another criticism of the boss who has caused a lot of talk on social networks. While Lorenzo, a great lover of the color purple, asked for clothing advice from the man he thought was a great fashion critic, the latter took the opportunity to send him a message: “you should never wear clothes with short socks, but very high socks”, he explained to the young man who wore sports socks. “If you want to be a man of taste like us, the socks must match either the pants or the color of the shoes”, he reminded him during the balance sheet, before offering him purple pairs of the brand . A “gift” that Internet users have mocked a lot on twitter, as they imagine that the seller would have preferred a salary increase.

In addition to this gesture, the boss offered him technical training to improve his sales pitch, as well as a position in a new store planned in Morocco… even though the young man had explained that he was very close to his mother. based in Paris. Lorenzo finally decided to decline the latest proposals, preferring to change careers to join the police.

after Traoré, Conte about to afford a Ligue 1 nugget?