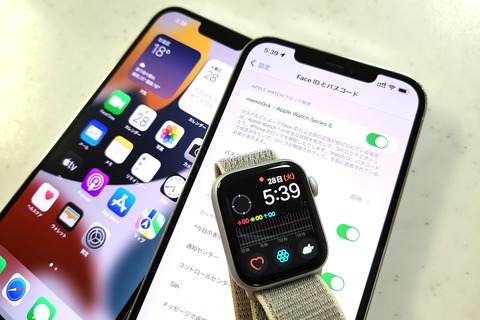 On the 26th (local time), Apple announced the latest smartphone (smartphone) “iPhone 13 mini“and”iPhone 13」、「iPhone 13 Pro」、「iPhone 13 Pro MaxIn the smart watch “Apple WatchWe are informing you that it has been found that unlocking using “” may not work.

In addition, the company says that it is expected to be solved by a future software update, and until the software update is released, the iPhone 13 series will turn off the “unlock with Apple Watch” function and unlock it using a passcode. I’m guiding you.