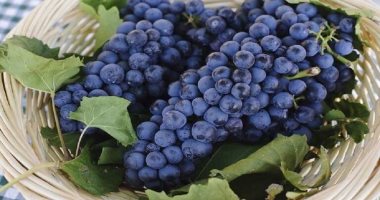 A bunch of red “Ruby Roman” grapes sold at the opening of the harvest season in Japan for 1.4 million Japanese yen, about 12 thousand and 700 dollars.

Taiwanese supermarket chain owner Hsieh Ming-ta paid 1.4 million Japanese yen ($12,700) for a bunch of grapes at the inaugural auction as the picking season began in Ishikawa Prefecture, according to Russia Today.

In a press statement, Ming Ta said he would like to introduce the “Ruby Roman” grapes to the Taiwanese people, considering that the price he paid is low considering the efforts of the farmers.

According to the Japanese agency, “Kyodo”, 253 bunches of these grapes were sold after the inaugural auction.

The story of this type of grape began in 1995 when farmers submitted a proposal to the Agricultural Research Center in the province to produce a huge type of red grape. Ishikawa.

In 2008, the “Ruby Roman” grape was offered for sale for the first time, and it became known as the most expensive grape in the world at $910 for a cluster weighing 700 grams, and at a rate of $26 per grain.