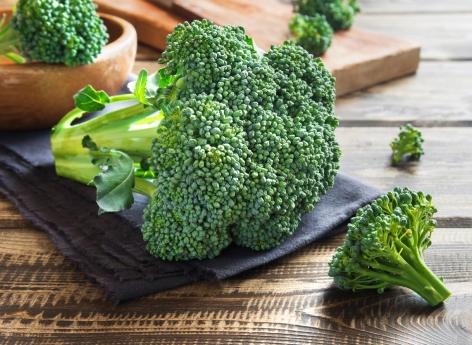 Several studies have shown that regular consumption of broccoli is effective in reducing the risk of developing certain cancers. Recently, scientists from the University of Hiroshima, Japan, revealed that a compound called “3,3′-diindolylmethane” or “DIM”, contained in broccoli, could cure breast cancer, prostate , stomach, pancreas or colon. To discover this new avenue of treatment, the researchers carried out a study published in the journal Plos One.

According to the work, this molecule would trigger apoptosis, namely the process by which cells trigger their self-destruction in response to a signal, and autophagy, a physiological, intracellular mechanism for protecting and recycling cellular elements.

“We discovered that the compound DIM induces a novel biological activity that damages nuclear membranes in the fission yeast Schizosaccharomyces pombe,” said Masaru Ueno, a professor at Hiroshima University and author of the study. Nuclear membranes contain the genetic information of cells. Once the genetic material has replicated, the nuclear envelope, which includes the inner and outer membranes, splits into two parts, creating two cells instead of one.

The authors of the work pointed out that several anti-cancer drugs trigger apoptosis in order to destroy cancer cells. If the team manages to control this programmable death, it could lead to a new avenue of cancer treatment.

“Research demonstrates that DIM induces autophagy in cancer cells. However, the impact of autophagy on tumor formation and progression is not fully understood. Understanding the mechanisms of apoptosis and autophagy by DIM in fission yeast may be useful for cancer research and longevity in humans.We believe that studying the structure of the nuclear envelope could be a good starting point for these cases. “, have developed the researchers.

Nacional wins the classic against Junior at the Atanasio Girardot

retirees, Pôle Emploi, CAF, for whom?