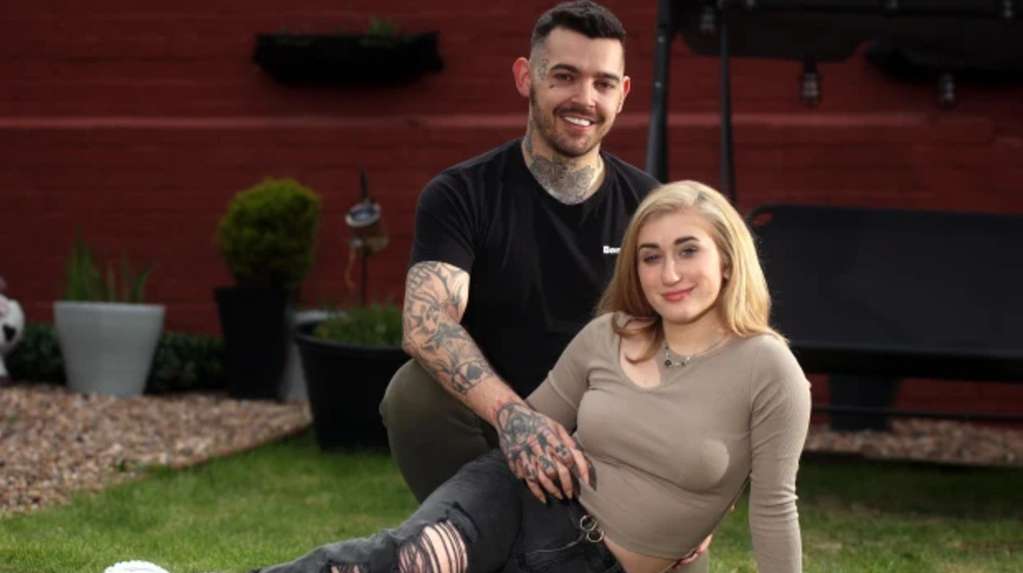 A couple received a refugee ukrainian at her home in England and 10 days after her arrival, the man left with her. The newlyweds told the media that there was a “crush”.

“We are sorry for the pain we have caused, but I have discovered a connection with Sofia like never before. We are planning the rest of our lives together”, said the protagonist of this love story.

I also read: Vitalii’s odyssey: he escaped from the war in Ukraine, arrived in Villa Crespo and now lives in Bolivia

He wanted to do the right thing, but things “took an unexpected turn”

It all started when Tony Garnett, 29, joined one of the Facebook groups to host refugees. “It started with a simple desire to do the right thing and put a roof over the head of someone in need, a man or a woman.” The first person to write to him was 22-year-old Sofiia Karkadym.

“I wanted to do the right thing and she happened to be the first person to contact after I joined the Facebook groups for people willing to host refugees,” Tony told the British newspaper.

In this sense, he remarked: “If we were invaded, we would expect the rest of the world to intervene to help us. That’s all he wanted to do, but things have taken an unexpected turn”.

From crush to jealousy of his wife

Tony received Sofiawho was fleeing from the Ukrainian city of Lviv, in the house he shared with his wife, Lorna, and their two children in the city of Bradford, West Yorks, England.

Quickly, Lorna began to notice that the bond between Tony and Sofiia became closer and closer. The two went to the gym together and sat for hours talking in a parking lot, English media say.

Tony declared to the English media: “It was obvious from the start that Sofia and I clicked. I speak a little bit of Slovak and it is no different from Ukrainian, so I was able to make myself understood in their language.”

However, this aroused even more jealousy from Lorna because she didn’t understand what they were talking about. “Sofiia and I would sit and talk, have drinks and watch TV with Ukrainian subtitles, sometimes after Lorna had gone to bed. We got along great, but at the time it was just that, though I can see why. Lorna began to feel jealous and resentful towards her”, said the man.

Finally, Lorna made the determination to demand that Sofia leave her house. But what she did not expect her husband to go with her. According to Tony, he made the decision: “I told Lorna: ‘If she leaves, I leave’. We both packed our bags and moved to my mom and dad’s house together.”

Lorna stayed at home, taking care of the two children she had with Tony.

For her part, Sofia admitted to the newspaper The Sun: “As soon as I saw it, I liked it, and this is our love story. I know people will think poorly of me, but it happens. I could see how unhappy Tony was.”