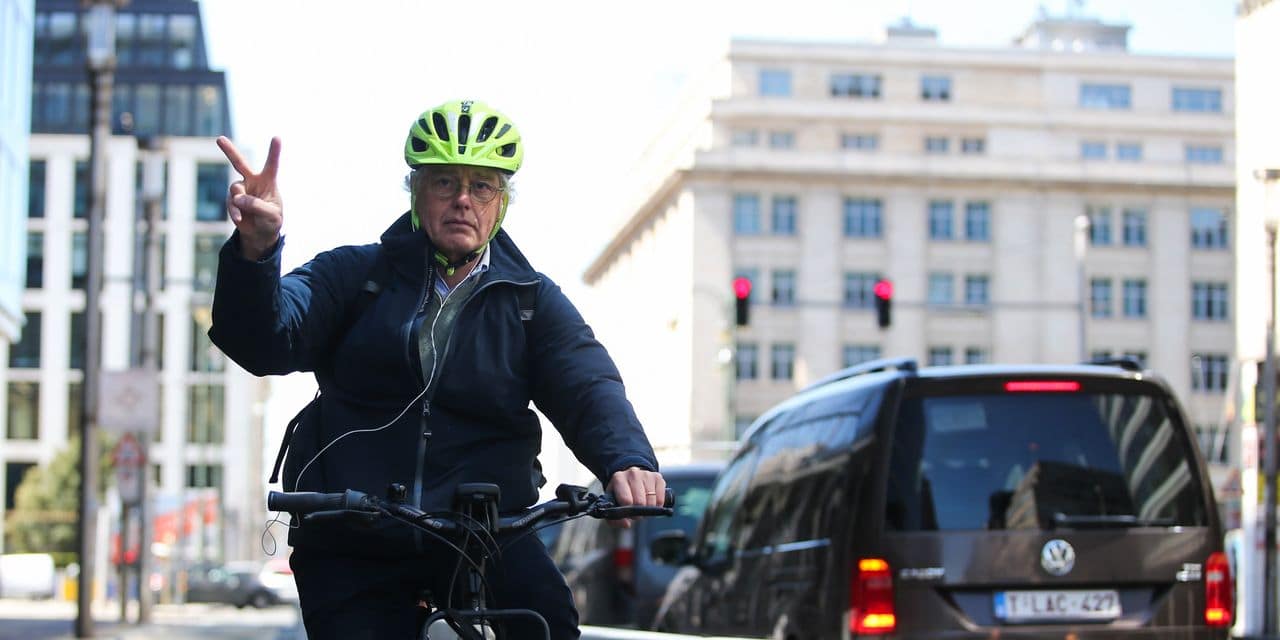 A “critical mass”, which refers to a bicycle event, was organized Friday evening, between 6:00 p.m. and 9:00 p.m., around the pentagon in Brussels, with rules adapted to partial deconfinement.

The course formed a heart around the center of Brussels. It merged with the small belt and made a breakthrough through the Boulevard Adolphe Max to the pedestrian. “It is a way of celebrating zone 20 and the peaceful zone where active modes, and not weak ones, have priority,” explains Benjamin, a participant. “It is quite pejorative to speak of weak users while speaking of active modes conveys a positive image which underlines that one produces energy oneself”.

The pentagon became on May 11 a residential meeting area where pedestrians and cyclists have priority including on the roads where they can circulate. The objective of this measure is to facilitate social distancing during progressive deconfinement. There is a speed limit of 20km / h, compared to 30km / h until then. This three-month test phase could be extended.

To best meet the rules of social distancing, no gathering was organized at the start or at the arrival of this first critical mass since confinement. Everyone was called to join the course in different places and in both directions of traffic. A group of over 80 cyclists joined during the event.

Brussels-Ixelles police spokesperson Ilse Van de keere reports that around 50 cyclists have indicated that there were no incidents.