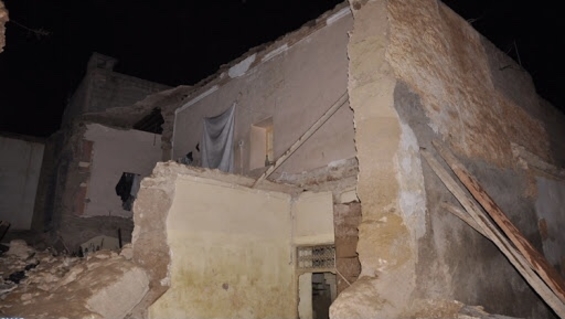 A person was killed in the partial collapse on Thursday of a house near Place Al Moukawama in the old medina of Béni Mellal, a statement from the Wilaya of Béni Mellal said. The drama took place around 6 p.m. when an old house occupied by a 63-year-old woman and her son partially collapsed.

Immediately informed of this incident, the local authorities, the competent services of the Wilaya of Béni Mellal, as well as elements of civil protection and security services, went on site to secure the scene of the tragedy and preserve the safety of the people. inhabitants of neighboring houses.

The press release also emphasizes that the medina of Béni Mellal is located on a network of caves and underground caves which have been revealed by several geophysical and geotechnical studies.

In view of the danger posed by the old dwellings of the Medina, an operation to treat homes threatening ruins and rehousing their occupants was carried out within the framework of a partnership agreement between the Ministry of National Land Use Planning, of town planning, housing and city policy, the Wilaya of the Béni Mellal-Khénifra region, the commune of Béni Mellal and the Al Omrane Group. This has mobilized funding of nearly 35.615 million dirhams.

Also, additional funding of the order of 2.1 million dirhams was mobilized, within the framework of the INDH, in order to ensure the connection to the liquid sanitation network which is one of the main causes of the collapses. .

The same source also reports the establishment of a watch cell, monitoring and management of issues relating to housing threatening ruins of the Medina of Béni Mellal.

See Also:  "It is certainly still too early to relax the measures"