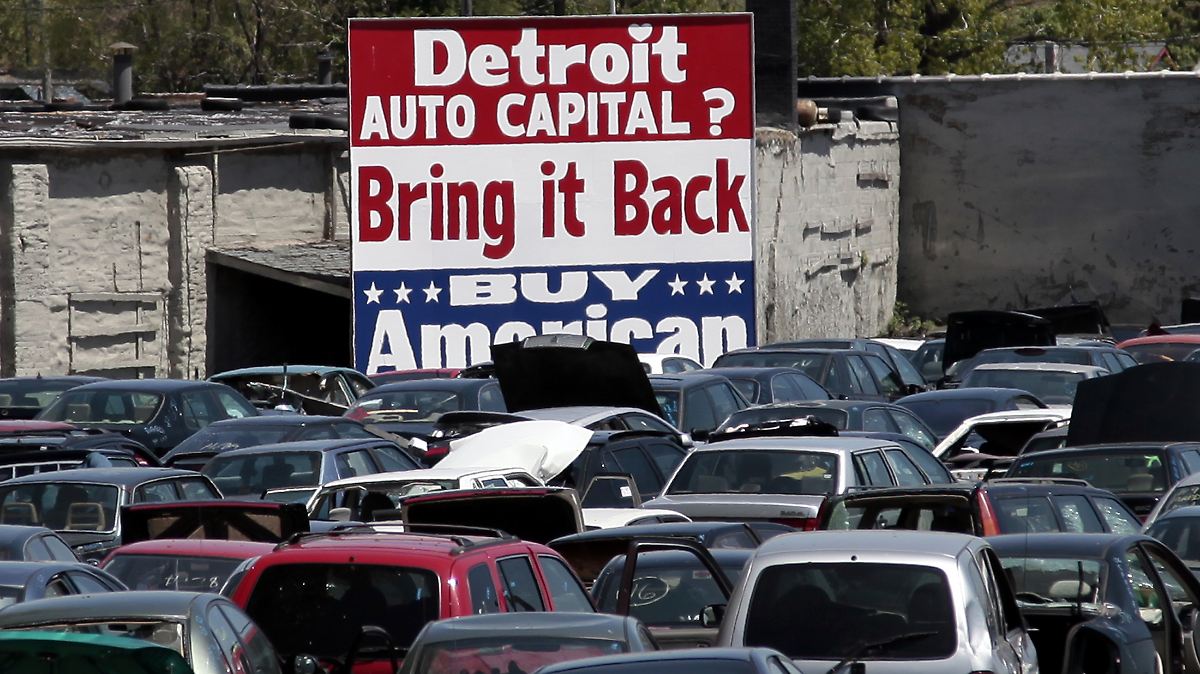 A blueprint for decline?

Detroit is not on the Rhine and Isar

The “Motor City” Detroit is long gone. But can its unprecedented decline also serve as a blueprint for Germany as an automotive location? ntv.de car expert Helmut Becker has a clear opinion and is certain: the danger lies completely elsewhere.

Is the automotive location Germany and its key industry threatened with the same decline as the former automotive metropolis Detroit, the “mother of all road cruisers”? The title of a study by Deutsche Bank is clear and does not bode well: “The future of Germany as an automotive location: Greetings from Detroit”. But it also leaves room for corrections – and these are absolutely necessary.

In short: Detroit cannot be compared with Germany as an automotive location. The decline of Detroit has specific US-American causes – with one thing in common: The automobile metropolis Detroit owed its prosperity exclusively to the auto industry for decades, since Henry Ford founded his first automobile plant there in 1903 and made the global triumph of the automobile possible with the invention of assembly line production in 1908 . This also applies in nuances to post-war Germany.

A comparison that limps

But when, from the 1930s in Detroit, permanent labor disputes with the aggressive automobile union UAW increasingly denied the “Big Three” General Motors, Ford and Chrysler production in the north of the USA, the automobile industry began to migrate, out of the “rust belt” and into the “sun belt” in the south of the USA. It came to a domino effect: In the wake of the car factories, suppliers and related industries, also on Lake Erie, closed their gates. Countless people lost their jobs. Within 60 years, Detroit’s population shrank from around 1.8 million in 1950 to less than 700,000. The city itself fell into disrepair and has not recovered from it to this day.

There was nothing comparable in Germany. Neither Wolfsburg, Sindelfingen nor Munich have suffered a similar fate and have fallen into disrepair, not even Bochum or Rüsselsheim. The comparison of the “Motor City” Detroit with Germany as an automobile location is therefore limp. There are other reasons for this: Detroit represents the decline of a region, not the automotive industry as a whole in the United States. On the contrary: Electric car newcomer Tesla from sunny California – new automotive citizen in Brandenburg – sends his regards and has been shaking up the entire “old” automobile guard for more than ten years.

Furthermore, the “Big Three” slept through the structural change caused by the oil price towards small, economical cars or SUVs and concentrated more or less on the heavy off-roader and pick-up segment – also because of the better profit margins. Chrysler was even bought by Fiat.

A regional and structural upheaval comparable to Detroit has not occurred in the German auto industry in the past 70 years – neither geographically in a specific location nor structurally in the range of products and drives in the industry as a whole. At least as of today.

Rather, the study by Deutsche Bank points to the following “homemade” strengths of the German auto industry:

On the one hand: The German auto industry has by no means “slept through all the technological trends”. The German manufacturers were not always the fastest, but in the second step they were often the best. For example with the invention of the exhaust gas catalytic converter, the SUV and currently the plug-in hybrid.

On the other hand, the German manufacturers would not have slept through the transition to e-mobility, even if the accusation was repeated over and over again. It is correct that there is no provider in the world that is unreachable and that the e-product pipeline of the German carmaker is well filled late, but not too late.

Lamentations about the future of the German auto industry are therefore out of place. Overall, the industry is fully competitive both nationally and internationally, has become a “global player” and today builds around 16 million automobiles around the world, of which only around 5 million are in Germany every year. Most of the rest rolls off the production lines in Chinese and US factories. Every fifth newly registered automobile in the world bore a German trademark in 2020 – more than ever before, apart from the founding years around 1900.

Not surprisingly, the Deutsche Bank study therefore comes to the conclusion that the German automotive industry is better equipped as an industry for the electronic future and other structural challenges. Little consolation. Because a key industry such as the automotive industry, which is based on the division of labor, can only be as future-proof in the long term as the location in which it is based allows it. Without appropriate site conditions, the auto industry will also run into problems.

Political narrow-mindedness can be dangerous

And Germany as an automotive location is threatened. But not through the failure of the German car manufacturers themselves – individual missteps in exhaust technology left out – but rather through the strangling regulatory requirements of European environmental policy, coupled with the technological narrow-mindedness of German politicians.

The locational hazards come from outside, not from inside. They come as external technological requirements, which permanently disrupt the basis of production in Europe and endanger the existence of the industry despite high international competitiveness and thus also Germany itself as a production location. For example, the structural, non-market-driven turn towards electromobility is a threat to the existence of German manufacturers . This is enforced through the CO2 emissions legislation. According to the study by Deutsche Bank, political ignorance could set in motion a downward spiral that cannot be reversed.

As of this year, the tightening of the CO2 limit values ​​for new cars in the EU means that manufacturers will have to bring more and more electric cars to buyers on average in order to avoid high fines. Battery electric cars are treated as zero-emission vehicles in the EU, although this only applies to local emissions and not to electricity generation or even the entire value chain including raw material extraction, battery production and recycling. Only electrified vehicles such as plug-in hybrids are also considered to be low-emission, which, due to their high weight, only applies if they are actually not driven in combustion mode.

The stricter emissions laws mean that in the lower vehicle classes, which are mainly driven by lower-income groups, the range of combustion engines is already disappearing from the market. After Daimler with the Smart brand, VW with the Up and Polo models, Ford has now also announced the discontinuation of the Fiesta combustion engine from 2024. Other manufacturers such as Fiat, Renault and Dacia will follow. For reasons of cost, new cars in the lower class can only be designed as electric cars.

From 2030, Brussels – with German approval – has standardized the CO2 limit values ​​so strictly that they can no longer be physically met by any combustion engine. Since the internal combustion engine has been at the heart of the German automotive industry for 100 years, this in fact means the death of the industry – also in the rest of Europe – as electric cars can foreseeably compensate for the failure neither in terms of sales volume nor in terms of added value: Electric cars can reduce sales of combustion engines According to insider estimates, only catch up to a maximum of 20 percent, nothing more.

The replacement of fossil fuels on one side only with electric drive is not possible, but with synthetic e-fuels on a bio- or CO2-neutral basis. E-fuels allow the entire “old” combustion fleet to continue operating in an environmentally friendly manner. In this way, not only new cars, but also the old stock of 1.6 billion cars can be driven without any additional adverse effects on the climate. The automotive industry in Germany would be grateful.