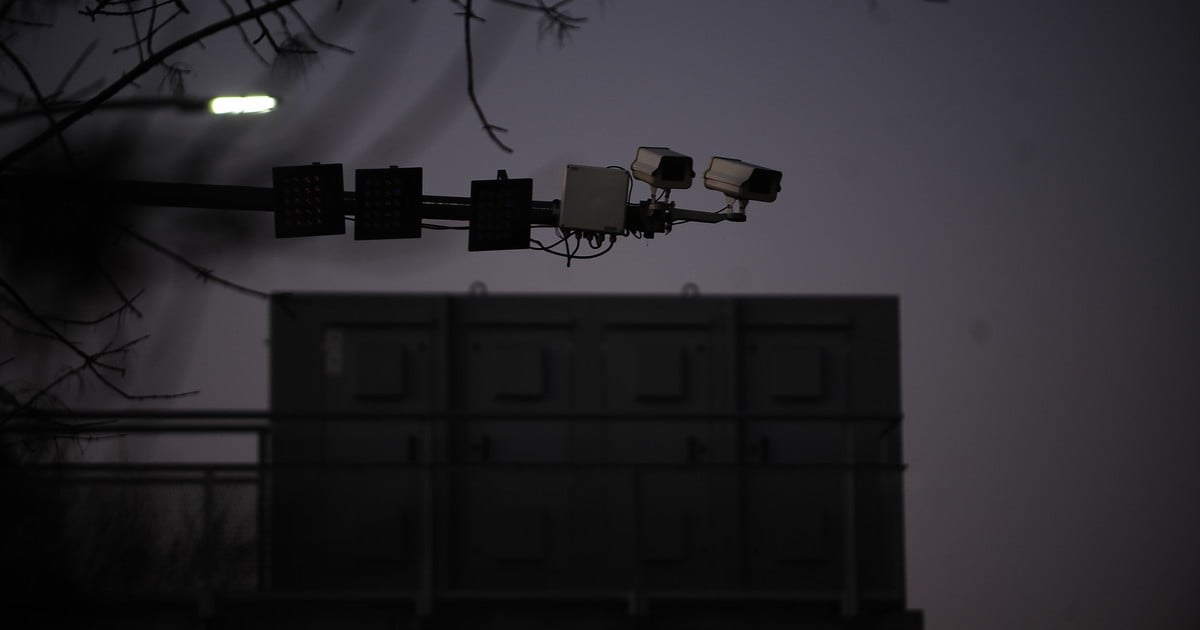 A millionaire fight and with strong relationships with politics was exposed after a complaint about the business of fotomultas. Only in the AMBA, two companies share the installation and operation of the system in the largest municipalities and the City, although the business reaches To all the national territory. They are the Chamber of Control and Administration of Traffic Infractions (Cecaitra), which brings together small and medium-sized companies in the sector and is presented under this format to tenders, and the company Secutrans. Both have contracts signed with the City and also with municipalities such as San Isidro, Pilar, Tres de Febrero, San Martín, Escobar and La Plata, among others. And even in some they work both at the same time.

As established by national regulation, traffic control is local. For this reason, it is the mayors and the head of the city government who have the contracting of services through their transport secretariats. In general, the call-to-call mechanism is used. bidding by the installation service of radars that control speed, cameras that verify the violation of red traffic lights and mobile devices to punish improper parking.

The agreements vary according to the municipalities. For instance, the City of Buenos Aires pays a fixed fee. The district just pre-award the operation of the service, for five years, to Cecaitra and Nec Argentina, after a tender in which four local and foreign companies participated.

The contract is for $ 1,490 million and the monthly payment is subject to the fulfillment of the service. The current contract is from 2016 and the companies that have the concession with Cecaitra and Boldt, the technology firm linked to the cause Ciccone, which involved former Vice President Amado Boudou.

A fight between two groups of companies behind the millionaire photofill business. Cameras on Figueroa Alcorta avenue, in the city. Photo: Germán García Adrati

In the City, photos are processed and considered a presumption of infringement. Then, at the Infractions processing center, the team of Traffic Agents checks the vehicle data with a database shared by the National Directorate of the Automotive Property Registry (DNRPA) and determines if it is an infraction. It is then sent to the DGAI, which is responsible for notifying the offender (digitally or through a home delivery), and its controllers they are evaluating giving it a course. All equipment is approved and periodically verified by the INTI (National Institute of Industrial Technology).

In 2020 they were held in the City 3.3 million violations (The first cause was speeding, the second improper parking, and the third red light violation). “The amount collected is not linear to the number of infractions. The controller that depends on the Ministry of Security and Justice defines the course of the infraction, if it is charged or if it is subsidized,” explained official sources. The last known data is that 2,600 million pesos were collected in 2018.

In other municipalities of Buenos Aires, on the other hand, the agreements with photomulting companies are by percentages. Thus, as he learned Clarion From sources in the sector, in the majority the city hall keeps 40% of the proceeds and the remaining 60% is divided between the company providing the service and the Province. In others, the percentage that companies receive is even higher and can reach up to 50 percent.

Cecaitra is the traffic infraction control camera that is disputed in the millionaire photo-fines business. Photo: Marcelo Carroll

​The districts consulted by this newspaper about the details of the agreements and the percentages received by the companies they preferred not to provide details or information in this regard.

How are the companies formed? Cecaitra is a camera that nucleate 42 signatures of the traffic control sector that are presented together in the tenders. In the papers it appears as a non-profit Civil Association. Its president is Bernardino Garcia and the vice, his son Mariano, both owners of at least four of the companies that make up the chamber, which has a 19-year history.

It is the one that appears in the report of Journalism For All, Jorge Lanata’s program on El Trece, which aired on Sunday and exposed a little-known plot of a millionaire business. It was from a complaint made by criminal lawyer Omar Sake, who pointed out to the National Road Safety Agency (ANSV) for signing a cooperation agreement with the chamber.

The irregularity, according to the complaint, is that those who subscribe by the official body are the Interjurisdictional Director of the Agency, Martín El Tahham, and its executive director, Pablo Martínez Carignano. The complaint states that El Tahham was Cecaitra employee until December 2019, and that Martínez Carignano had a link because he invoiced services.

“They say that I was an employee of Cecaitra because they put a banner on Radio con Vos, where I did a column with Berco (the journalist Alejandro Bercovich),” Martínez Carignano said on his Twitter account, through which he chose to express himself, and added: “This is the real thing. The rest is war between gamblers who fight for millionaire businesses. The ANSV does not contract photomults, they do the municipalities and the provinces ”.

Cecaitra sources, for their part, said they have “no commercial agreement with the ANSV.” And they added that “the companies that provide different road safety products and services that make up the chamber they work in more than 50 provinces and municipalities of all political colors. “

The other company that disputes this market is Secutrans, which has agreements with the Province of Buenos Aires and districts such as La Matanza, Escobar, San Isidro, Hurlingham and Morón, where until a few years ago the system was operated by Cecaitra and where there were complaints of irregularities.

At the head of Secutrans is the businessman Leandro Camani, linked to the show and former partner of Samantha Farjat and Nazarena Vélez. As in the case of Cecaitra, Secutrans also appeared linked in controversies and complaints of irregularities in different municipalities in which the control of photomultas is disputed with Cecaitra. Camani, for his part, was prosecuted in the cause for the collapse in the City of Bowling Beara, in 2010, when two girls died. He was one of the managers of the habilitation of the place.

According to the official explanation, the ANSV intervenes when a municipality intends to install Photo-pass radars on national routes. In this case, it evaluates the papers that are presented to it and determines if the fixed teams have INTI approval. Regarding hand-held radars, the ANSV requires for their approval that guidelines such as warnings between 500 and 1,000 meters prior to the place where they will be placed be complied with, since they cannot be hidden or in inconspicuous places.