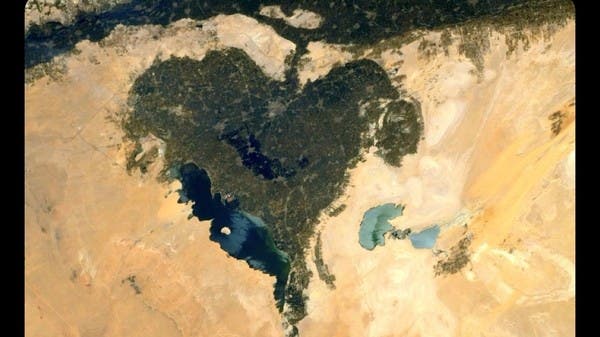 French astronaut Thomas Pique posted, in a tweet on his Twitter page, a picture from space showing the Egyptian governorate of Fayoum in the shape of a heart, and the astronaut used the image to celebrate his mother and all mothers to express his love for her.

The French astronaut Thomas Pique was known for his love for Egypt, and for the geography of Egypt in particular, as he is always interested in publishing pictures of the Nile and the Delta and flirting with them for their unique location.

Where the French astronaut posted on his social media accounts a picture of the Nile River and the Delta in particular, and commented on the picture how much he liked the distinguished location of this river. “The Nile and the Delta in Egypt, whose fertility contrasts with the surrounding desert and flows into the blue of the Mediterranean,” he added.

This is part of the second spaceflight of French astronaut Thomas Pesquet (43 years old), and his stay during the International Space Station.

The astronaut made his maiden flight in November 2016 and returned to Earth in 2017 after spending 197 days in the space station aboard SpaceX’s Crew Dragon spacecraft.