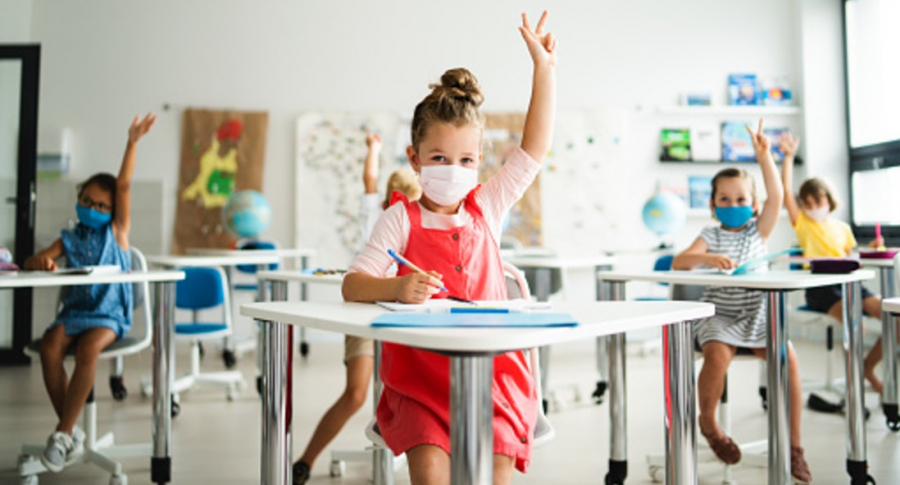 This is how he denounced it to the media Delanie Shelton, mother of the little girl, identified as Chloe, who was studying at school Rejoice Christian de Owasso, state of Oklahoma.

The mother, indignant, reported to the Fox network that the deputy director of the educational institution, after saying that she was in love with a colleague, sat her down and told her that in the Bible it says that women can only marry and have children with a man.

“My daughter cried saying, ‘Does God still love me?'” Added Delanie Shelton in the same medium.

The school informed the woman that her is had been expelled because they do not admit romantic relationships, despite the fact that the coexistence manual does not say that it is grounds for expulsion, explain the chain American. Besides, what Chloe said was just an innocent comment.

“The vice principal asked me how I felt about girls liking girls and I told her, If we’re honest, I think it’s okay for girls to like girls. She looked surprised and dismayed”, agregó Shelton a Fox.

This week, an 8 year old girl was kicked out of her Owasso school for telling another girl she had a crush on her. https://t.co/xNSk6sCmtu

Although this news network tried to interview a member of the board of directors of the Rejoice Christian School, the only comment they made was that they are being governed by school policies.

“They took my daughter out of the only school where she really knew friends during the last 4 years because of something my daughter probably doesn’t know or doesn’t fully understand,” Shelton concluded, not before noting that she is educating Chloe and her other children. not to judge and love whoever they want.