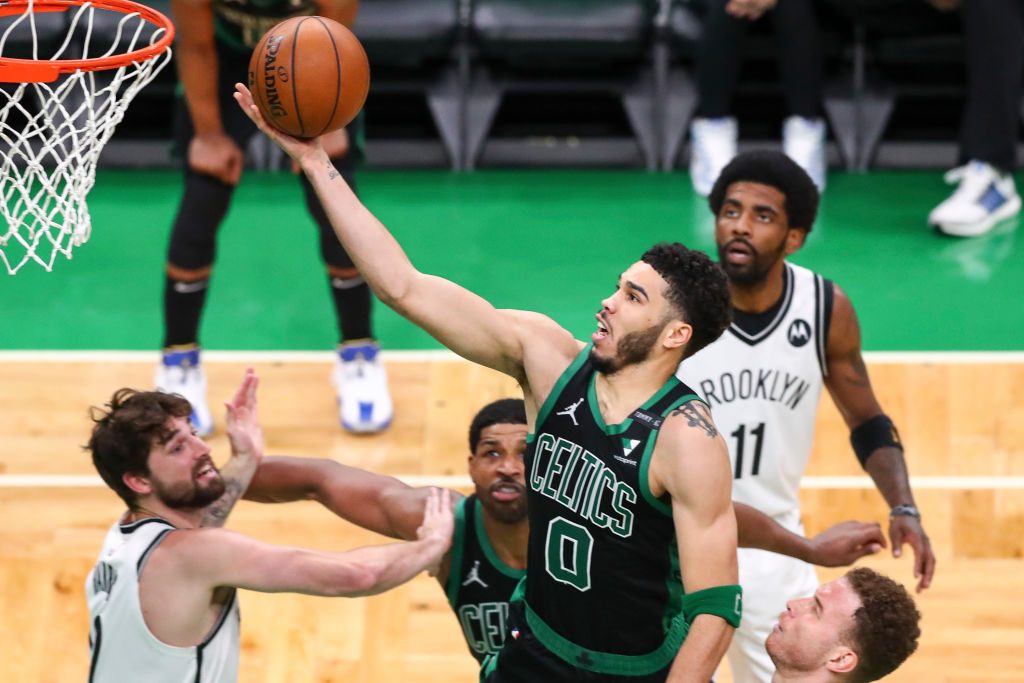 When the series threatened not to have much history, the Boston Celtics have managed to hold on to it. The Massachusetts side took advantage of the change of scenery and the arrival at TD Garden to add their first win at 125-119 and make it 2-1, all thanks to a sensational Jayson Tatum who practically worked a miracle on his own. Brad Stevens’s men make sure that the tie has to return to Brooklyn, and on Sunday they will have the opportunity to put the tie and start dreaming about the bullshit.

For this, they will surely need Tatum to return to the masterful level he was at this morning. The forward, with 50 points, was behind his back throughout the game, and scored enough to compensate for the absences and low level of some of his teammates. His night was a recital of resources to score from all positions, signing a performance that has immediately gone down in Celtics history.

And it is that only five players in the franchise had managed to reach 50 points in a playoff duel before him. Jayson joined a roster made up of Bob Cousy, Sam Jones, John Havlicek, who holds the team record with 54, Ray Allen and Isaiah Thomas. This was the last to do so, and he did it just four years ago with 53 points to the Wizards.

Trays, long range shots, triples … Tatum was a non-stop, and also managed to be efficient enough to score more than half of his shots (16/30) and barely miss in his many trips to the free throw line. (13/15). In addition, he managed to distribute 7 assists and capture 6 rebounds, rounding out a night that, together with the 50 points he scored in the play-in clash, make his postseason one of the great stories of this section of the course.

However, the forward was not alone. Although he was the great architect of the victory, several of his teammates also had a considerable contribution, and among them Marcus Smart stood out with 23 goals. The point guard had a night inspired by the triple, a facet in which he signed a 5/8 that allowed him to add regularly and give some important baskets to his team. Evan Fournier was also successful on the outside shot, who scored 17 points and 4 triples, while Tristan Thompson was in charge of controlling the paint with a double-double of 19 points and 13 rebounds.

Among them, three backed Tatum, as the offensive contribution of the rest of the team was quite scarce. Kemba Walker stayed at 6 points, and the men on the bench only scored 10 in total, forcing the starters to carry virtually all the weight. Brad Stevens, aware of this, shortened the rotation, and although he gave presence on the track to 10 men, only 6 of them played at least 12 minutes (the starters and Romeo Langford).

Irving DJs on his return to the Garden

Regardless of the sports component, seeing Kyrie Irving return to Boston was undoubtedly one of the great attractions of the crash. The point guard, of whom they do not keep good memories in the city and for whom a good reception was not expected, was the focus of the whistles of the public, which was primed with him for many minutes. This could have motivated him to raise his level and try to deal a fatal blow to the series, but the truth is that the former Celtics did not have his best performance by any means.

Irving scored 16 points after signing a poor 6/17 shot, clearly the worst of a Big 3 in which both James Harden and Kevin Durant shone. With 41 and 39 points respectively, they gave a score to some Nets in which, unlike in the second game, nothing flowed, which made them seem like a team with much less resources than they really have. Men like Harris, Griffin or Shamet hardly contributed at the offensive level, making the great level of their two great superstars sterile.

In this way, the series will go to at least five games despite the fact that many dared to predict the sweep, and if their rotation does not wake up on Sunday, it is possible that New Yorkers will find themselves with a 2-2 that would greatly change the perspective of the tie. It is true that Boston does not have plenty of resources either, but it seems that Tatum has no intention of letting his people die so quickly.