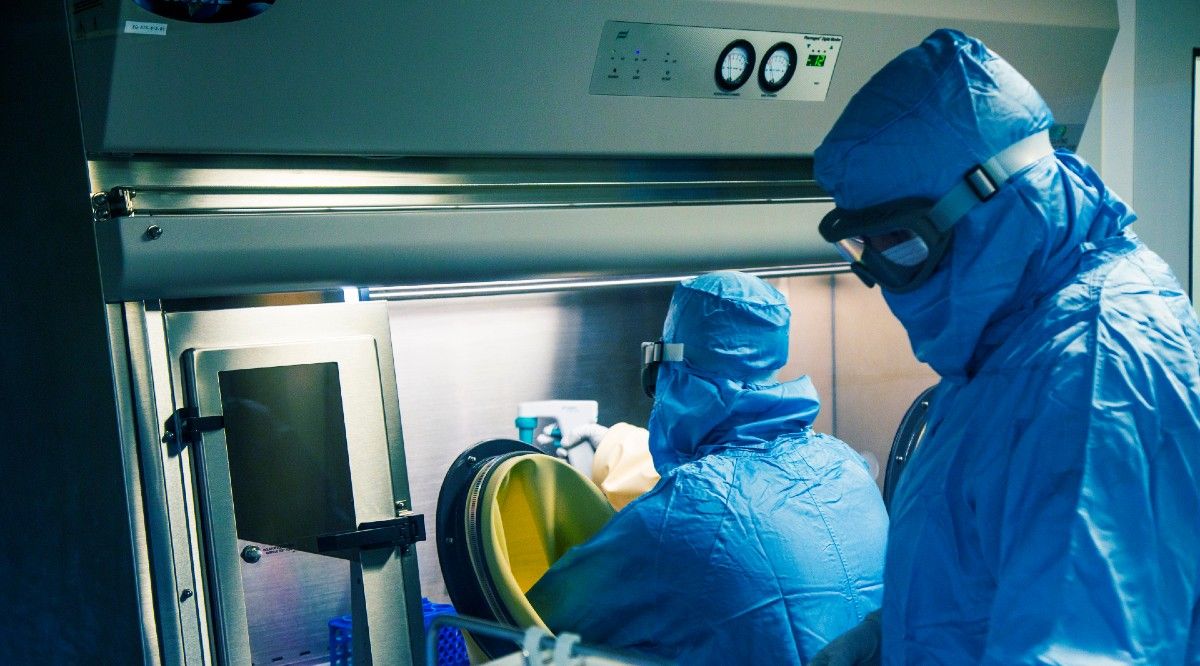 Barcelona is home to the first research center in Spain dedicated to the odyssey of advanced therapies. The lab works with stem cells, artificial tissues, and on-demand therapies to deliver treatments to public hospitals across the country.

There are pains that can be cured just by taking ibuprofen; a drug that is produced on a large scale to alleviate the evil of many. There are also ailments that, in the absence of a definitive cure, look to the laboratories in search of a ‘à la carte treatment’ may one day save lives. But the road to finding a new drug, putting it to the test and getting it ready to go where it is needed is not easy. More if it is rare diseases (or rare) that only affect a small number of patients. But in Barcelona there is a laboratory that is willing to face this odyssey. Sheltered in the corridors of the University of Barcelona, the first research center in Spain dedicated to the odyssey of the advanced therapies explains how you work in search of treatments for now incurable diseases.

“At ‘Creatio’ we work on a stem cell treatment for Huntington’s disease, the ‘little sister’ of Parkinson’s, in the production of CAR-T immunotherapies and even in bioprinting projects for generate artificial tissues that can be used to treat patients “, summarizes Josep M. Canals, director of the center, as an example of some of the many projects his team is working on. Do you remember, for example, when Spain approved the first immunotherapy against leukemia ? Your laboratory was in charge of creating the component that drives its operation.

These sophisticated therapies are researched in the laboratory and applied, dropwise, in Public hospitals like the Clinic and Sant Pau, in Barcelona; La Paz y el Doce de Octubre, in Madrid, and the Navarra University Clinic. In many cases, they are the only (or the last) option for patients affected by these pathologies. If these same products were created in the private sphere, as is the case in the United States, the price of therapy would rise by several magnitudes. And not only because of the sophistication of these treatments, but because each of them is designed in a personalized way. based on the patient’s own cells.

“Working with these therapies is very expensive, yes. But if we talk about costs, the most important question is: How much is a human life? Because if with these therapies you manage to save a patient’s life, the price becomes relative “, Canals reflects in a conversation with this newspaper.” We also like to think that the more research is done and the more progress is made in this type of treatment, the cheaper it will be to produce them. The goal is for these pioneering treatments to become accessible to everyone, “adds the scientist.

Working with these therapies is very expensive, yes. But if we talk about costs, the most important question is: how much is a human life worth?

Located in the south wing of the Faculty of Medicine, and sheltered behind the imposing image of some cells, ‘Creatio’ is presented with 300 square meters of clean rooms dedicated to the research and validation of state-of-the-art therapies. Everything that happens within its borders is controlled under a magnifying glass. An air curtain, an adhesive carpet and a dressing room to dress up with white robes and boots separate the exterior from the sterilized space. Unlike what could happen in an ibuprofen factory, for example, this laboratory works with living matter. So the maxim is to keep a sterile place because, otherwise, the cell cultures could be spoiled.

The search for a new treatment, explain the ‘Creatio’ researchers, begins on paper. With theoretical studies. Then it goes to the test tubes of preclinical research and studies in animal models. And if everything works as it should, then the treatment reaches the hospitals in an experimental phase. But the process does not end there. “In this type of therapy, laboratory and clinical work go hand in hand. If there is progress in one area, it quickly moves to the other. We move very cautiously, more little by little than in other types of treatments, because the process is much more complicated, “explains Canals.

To show a button. One of the most promising ways to search for Huntington’s disease treatmentFor example, he proposes using stem cell transplants to regenerate damaged neural circuits. The success of this approach, however, depends not only on the treatment itself, but on the patient and the stage of their disease. For everything to work, researchers have to monitor the condition of each person and plan each step of the process. If something fails you have to go back, see what is wrong and try again. “Doing a large-scale study with this type of therapy is practically impossible. That is why we talk about tests on five, ten, or thirty patients at most“, argues the neuroscientist.

The same happens, for example, with in the study of the first experimental vaccine against AIDS. The Barcelona laboratory, the first center in the whole country to receive authorization from the Spanish Medicines Agency (AEMPS) to produce therapies against this devastating virus, has been working since 2016 on the study of this drug. The compound mixes an inactivated version of the virus with the patient’s own cells. If it works, those affected by the disease could do without antiretroviral therapy for life. Of course, the scientists before claiming victory there is still a lot of research ahead.

The future of these therapies doesn’t just depend on research. So that one day these treatments can reach the whole world, says Canals, it will take the pharmaceutical industry to enter the game. “In Spain we need more collaboration between academia and the private sector. If we do not have cutting-edge therapies in laboratories that cannot be manufactured on a large scale because there has not been good communication from the beginning “, concludes the scientist. It would not be the first time, in fact, that the future of a hopeful therapy has been settled by the impossibility of transferring its production to an industrial scale. The treatments of the future Well, they are getting closer and closer, you just have to bet on them.