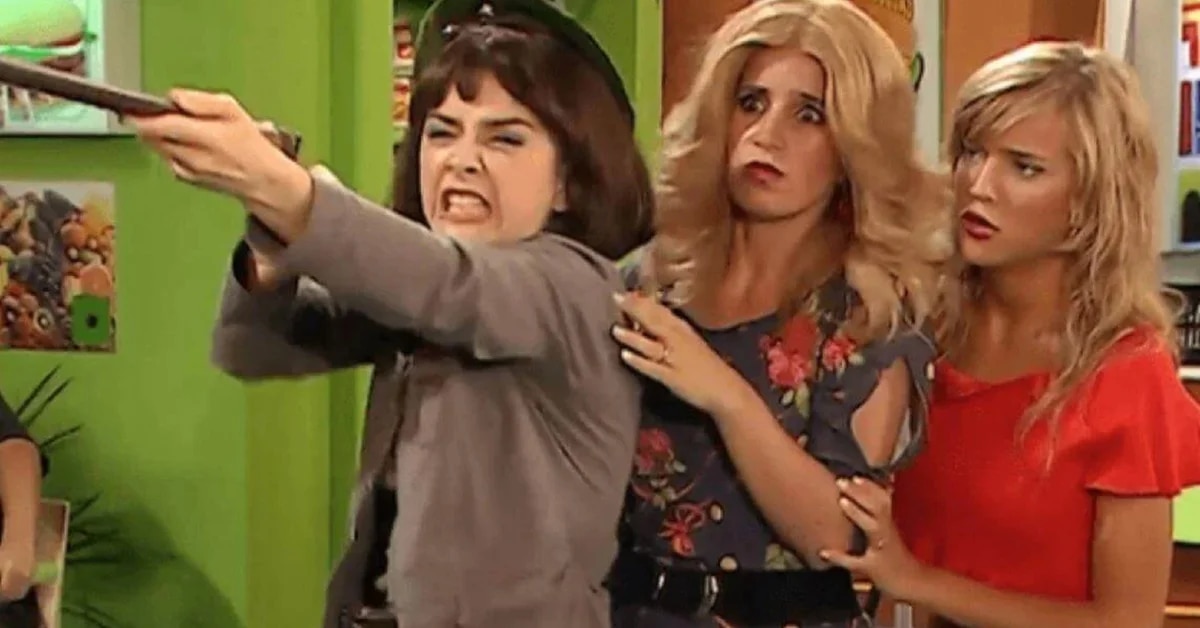 Erica Rivas in Married with Children

“Married with children will have its theatrical version for 2020”, fans of the series celebrated in 2019. The project was already confirmed, it would be done during the winter holidays at the Gran Rex and little by little the protagonists of the fiction were adjusting their agendas to be on stage. However, many things happened in between, from a pandemic that shook the world, to differences between artists and producers, that made the curtain never rise.

“I still have nothing closed. I’m not entirely sure because I want to see what this new one is like Married with kids, which also implies spending it at this time in the world. I don’t know what is going to be said, what is going to be doneWhat are we going to laugh at?, said more than two years ago Érica Rivas, María Elena Fuseneco in the sitcom. It is that fifteen years after the broadcast of the program, for her it was crucial to review some forms of the characters and what they told, since society had changed and also the way of making humor.

With the Argento all confirmed (Guillermo Francela, Florencia Peña, Luisana and Darío Lopilato) and Dardo Fuseneco (Marcelo De Bellis) the cast began to promote the work that with all the tickets sold for months, had to be suspended due to the spread of the coronavirus. Meanwhile, and despite the fact that the theaters were closed, speculation continued about whether it was possible for the piece to be performed at some point and the focus was always on what would happen to the character of Rivas.

For months she preferred to remain silent until last year in dialogue with Teleshow was conclusive: “I didn’t get off, they got me off. I didn’t decide, they decided. And the same thing always happened, not only with this: I did not want to stop being in those spaces of representation, for me it is important to be beyond what is the mouth of the wolf. It is very difficult to be there but I did not want not to be. On the contrary: I love Maria Elena and i always loved her. That character will always be something that I was very proud of, but well, 15 years passed, things changed, you have to think about it differently, you have to see what we laugh at now and everything I already said. I would do it again, I have no doubt: I would say the same thing again”.

María Elena and Moni Argento in Married with Children

It is that, according to her testimony, she was not summoned to sign a contract like the rest of her colleagues. At the time, the actress had wanted to read and review the script before closing and that is where her differences with the production would have begun, who in 2020 reported: “The character of María Elena is not going to be there because Érica Rivas had committed herself verbally and in all these months she did not sign.”

The pitfalls were in how to reformulate history for the current times. For this reason, and although the screenwriters Diego Alarcón and Axel Kustchevasky did not provide details, one of the first things that were leaked after the return of the Argentos was confirmed in September 2019, was that this time Moni would be a “woman empowered” and that Pepe would put aside his macho attitudes.

“I believe that the characters are not going to change, there is no way that Pepe suddenly goes from being the machirulo of the year to the most respectful of women’s freedom. Same thing with Moni. She is somehow very macho in her thinking. The interesting thing is that it is a criticism of the family: it is not literal, I see a lot of literal people. Married with kids It’s a joke that at first was not understood because they took it literally,” Peña had said.

That an artist does not want to sign until he sees the material even sounds logical, however, time passed and Rivas still did not close his participation, nor did he rule it out either. Until, Days before starting rehearsals for the play, the actress would not have reached an agreement with the production, precisely because she would not have been satisfied with the scripts.

“She is the only actress in the cast who requested script changes, and when they changed it he did not accept. Not only that, but he asked for more money ‘because I’m going to have to work a lot more’”, Ángel de Brito explained at the time. But also, and it would be one of the things that hurt the artist the most, one of the emails she sent me to the writers with suggestions for changes to the text was leaked.

In the email she listed and commented on each of the scenes. “I see that this is the only spot where María Elena ends the joke. I think we could laugh then that Pepe doesn’t have much time to live. That’s what I meant when I wanted to incorporate someone into the team to protect and advise them feminist. And they all sent me to fry churros. I would like to slide sometime the ‘it’s going to fall’, now that I think about it, this last one could be María Elena’s new hose”, He suggested.

In another passage, he commented: ”I think that within the new horizon that is coming upon us, a man who makes fun of a woman who does not pluck her mustache should be sanctioned and mocked, he, but in this case, Pepe is making the audience laugh as if it were a bad or unladylike thing to grow a mustache. This is what I’m talking about when I ask what we’re going to laugh about now. What are we going to give people to make it funny? What is our commitment in this new paradigm? Does Sony check this?

“Today I would say many things answering this joke that is so bad and that delays, and do you know why? Because these jokes would question masculinity and not only Pepe’s but that of all men, including yours. And that’s not funny. You don’t play with that, you don’t talk about that, right? And my femininity? Fine, thanks. Nobody takes care of her, I have to take care of her by myself and with this I take care of everyone. A kiss”, Erica closed her mail two and a half years ago, which was later leaked and Ángel de Brito read it in LAM.

In recent days, he referred to said email in the Black Box cycle: “There was a lot of damage, what they did still hurts me. Sending a private email to one of those horrible programs is ugly. I sent that email to all men. It was ugly. I did not expect. It gave me a lot of pain. They kicked me out because I was a pain in the ass, because I’m a pimple in the ass”.

The comings and goings with the rewriting of the script and between the production and the actress did not come to fruition and there was never an agreement. The pandemic then hit the theaters and this one, like so many projects, was left unfinished. In the event that the play is made, in addition to bringing the cast together and adapting the jokes to the current times, the production will now also have to face the challenge of modify the story convincingly explaining the absence of a character as important as María Elena Fuseneco.

No return? Débora Bello’s suggestive tattoo after separating from Diego Torres
Felipe Fort wants to go live in Miami: how is the luxurious and expensive apartment he wants to buy
Martin Bossi, from Mar del Plata: “There is no humor with content in the country; there are great executors”
Rita Ora was entertained on the beaches of Sydney, Kendall Jenner went out to eat in Aspen: celebrities in a click

Blue dollar at $217: the five reasons why the parallel note cannot find a ceiling