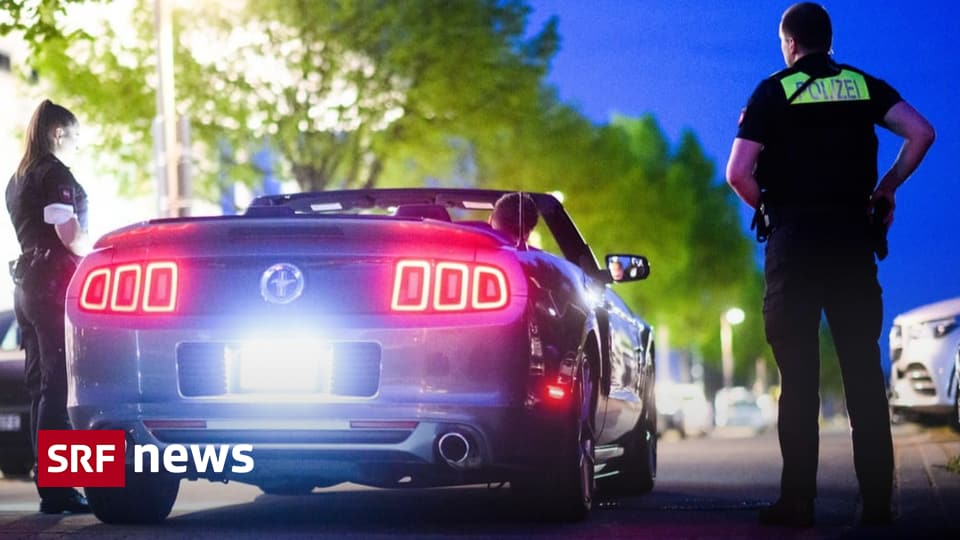 What to do about loud cars that drive around unnecessarily? Romanshorn on Lake Constance has a new remedy.

So-called autoposer courtship rides have not only been commonplace since Corona. Engines roar, the exhaust bangs, the sports car is driven several times to the same, often frequented places such as train stations, shopping streets or lake promenades.

This also happens regularly in Romanshorn TG, especially on Hafenstrasse. Since 2020, the city on Lake Constance has been trying to get rid of autoposers and thus reduce noise emissions with the help of structural measures. Bollards were erected and speed bumps installed.

So far, however, the measures have been rather counterproductive. “They enjoy driving through the obstructions as quickly as possible,” says Dominik Reis, Romanshorn city councilor and responsible for traffic there. Measurements have shown that “pointless” journeys are made up until 3 a.m. in the morning.

That’s why the city is now taking action: In parts of Hafenstrasse, the city council is ordering a daily night-time driving ban from 11 p.m. to 5 a.m. Residents, restaurant guests, suppliers or boat owners are still allowed to drive. This should avoid autoposer rides and also further reduce engine noise.

The prohibition sign alone will have a deterrent effect.

The advantage? “The population benefits from it,” says Reis. It’s only about those who drive back and forth pointlessly. The city council does not want to reveal in detail how the authorities want to control who is now a boat owner or restaurant visitor and who is an autoposer. But: Together with the canton police, you have the necessary funds, says Reis.

Anyone who does not comply with the planned ban must expect a fine of 100 francs. Only the new prohibition sign will have a deterrent effect, says City Councilor Reis. The night-time driving ban is to be applied in a one-year test run. It will be released to the public in the near future.

Because more and more noise complaints came from the population, the police carried out more controls in cities like Thun and Biel. This led to noise shifts to less central locations.

In Geneva, they want to determine the drivers of loud cars with a noise radar, analogous to a speed radar. In Solothurn, the cantonal police took more autoposers out of circulation with targeted actions.

At the beginning of 2021, the Zurich city police began to block individual streets at the weekend, for example in busy Seefeld, and to divert traffic on a large scale.

Who are the victims of the shooting in Texas: “He was the sweetest boy I’ve ever known”