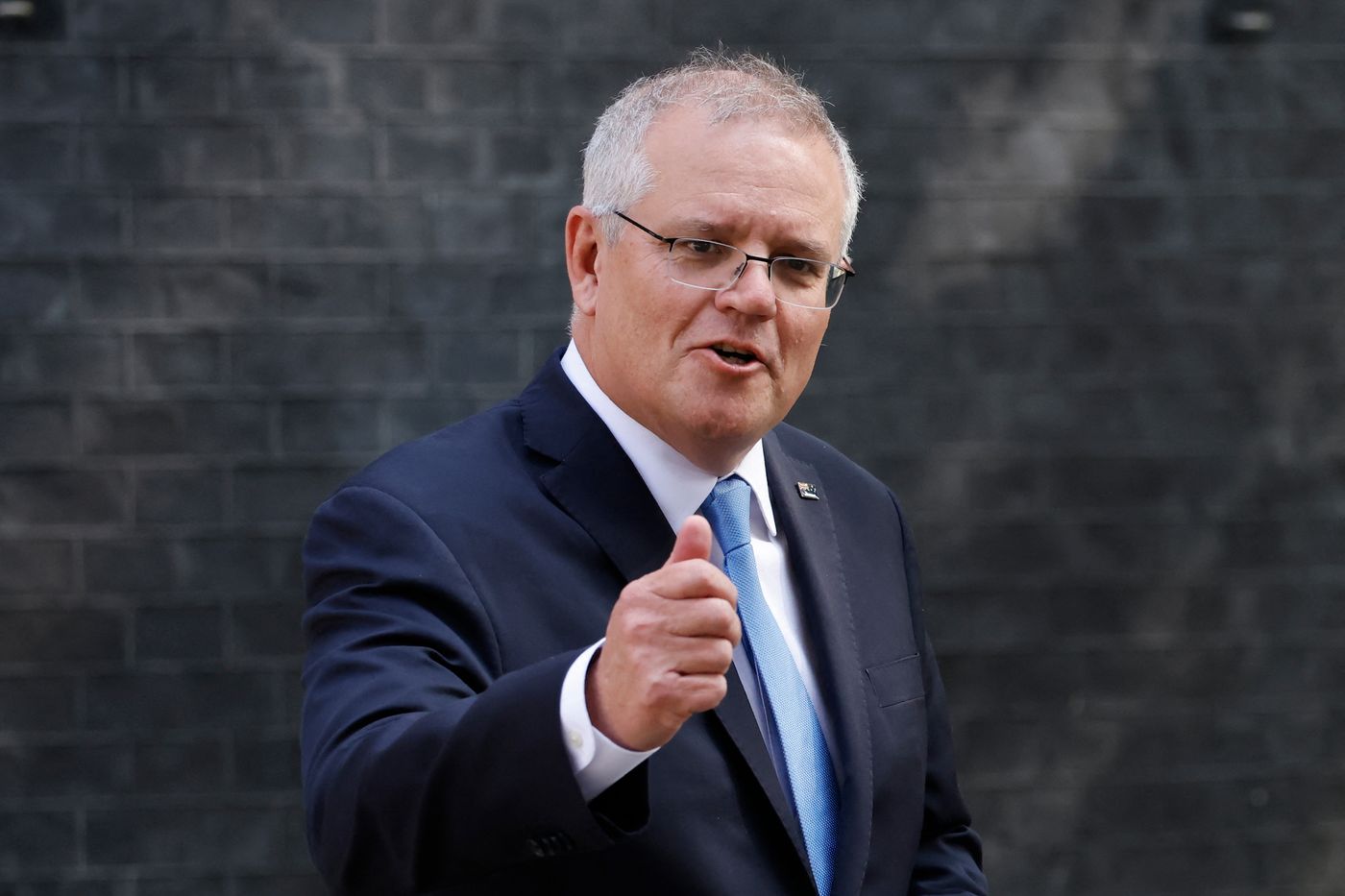 Paris saw nothing coming. US President Joe Biden, along with, via screens, Australian Prime Minister Scott Morrison and his British counterpart Boris Johnson, solemnly announced Wednesday, September 15, that the United States and the United Kingdom would help Australia to acquire a fleet of American-designed nuclear attack submarines.

A “reinforced trilateral security partnership” between the three countries, dubbed “AUKUS” (Australia, United Kingdom, United States) will be signed in Washington next week and will cover the diplomatic, defense and security cooperation of the three countries in the Indo-Pacific.

« It is about investing in our main source of power, our alliances, by modernizing them to face the threats of today and tomorrow. Said Joe Biden, never mentioning China. The new partnership comes at an opportune time for the US president. The chaotic withdrawal from Afghanistan has raised questions among many allies about America’s reliability and the reality of America’s commitment to countries like Taiwan and Ukraine.

The White House announcement gives very concrete content to the American pivot to the Indo-Pacific, as part of a strategy aimed at countering China’s economic, technological and military expansion. For the past eight months, the United States has blocked China from acquiring key technologies, urged its allies to reject Huawei, strengthened relations with Taiwan, and denounced the Chinese crackdown in Hong Kong.

The American administration presents the transfer to Australia of its nuclear propulsion technology as an exceptional decision, similar to that enjoyed by the United Kingdom in 1958. Although the Australian Prime Minister reiterated Canberra’s commitment not to never seek to acquire the bomb, the precedent created weakens the non-proliferation regime a little more.

For Paris, the blow is hard. ” Australia’s decision is not just a decision to go for a nuclear-powered submarine Says Hugh White, professor at National University. ” It is a decision to deepen and consolidate our strategic alignment with the United States against China. This only reinforces the feeling that we are in a new cold war in Asia and Australia is betting the United States will emerge victorious.. »

In a press release, the Minister of Foreign Affairs Jean-Yves Le Drian and the Minister of the Armed Forces Florence Parly denounce ” lack of consistency ” of “American choice». « This consolidates an English-speaking axis with a very strong military dimension but at the same time will divide the countries of the Atlantic Alliance at a time when Washington wants more transatlantic solidarity with Beijing. », Analyzes Bruno Tertrais, deputy director of the Foundation for Strategic Research (FRS).

Paris sees in this scathing failure an additional reason for ” raise the issue of European strategic autonomy loud and clear “And to continue in the Indo-Pacific,” a third non-confrontational European path, based on partnerships based on respect for the rule of law ».

« It is legitimate, but there is a gap between ambition and the means. The Indo-Pacific is far from being a priority for most European countries and many are not ready to resist American pressure », Comments Arnaud Danjean, MEP.

« Only three of the 27 member countries of the European Union are capable of deploying ships in the region: France, Germany and the Netherlands. How do we hope to get Beijing to respect international law in the China Sea when we are not able to enforce our fishing grounds around New Caledonia? ».