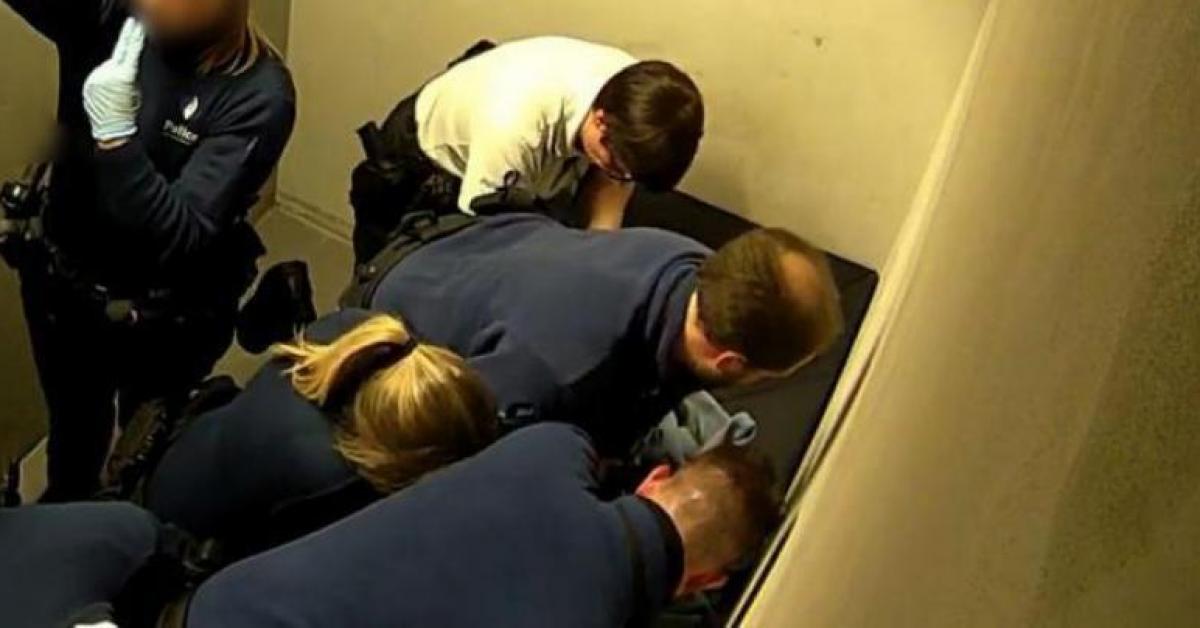 A new expert estimate, in the “Chovanec affair”, that the Slovak national who died in February 2018 lost his life because of the beatings which he had inflicted on himself, and not as a result of the actions of the police officers who had subdued him or to those in the emergency services who had injected him with a sedative. The information was revealed on Saturday by RTL Info and confirmed by a source close to the investigation.

The collegial and contradictory expertise, therefore with the participation of experts appointed by the civil party, concludes that the death of Jozef Chovanec is due to a cerebral edema, linked in all likelihood to the blows he gave himself by hitting his head. head against the walls of his cell at Charleroi airport.

The man died a few days later in hospital.

Regarding the intervention of the police in the cell, whose video images had challenged public opinion by their apparent violence, the experts reject the hypothesis of a suffocation of Jozef Chovanec.

“Neither the clinical examination of admission to the hospital nor the findings of the autopsy revealed clinical signs of lack of oxygen. We did not find any traumatic traces likely to demonstrate a lack of oxygen, ”write the experts, in an extract unveiled by RTL. On the other hand, “the death is to be put in relation with a state of brain death caused by an edema which can be linked quite plausibly to the numerous and violent impacts of Mr. Chovanec’s head against the wall of the dungeon”.

The accuracy of these extracts is confirmed by a source close to the investigation.

The reconstruction of the facts will take place on September 27 and 28. These conclusions will be officially delivered afterwards.

Contacted on Saturday evening, the lawyer for the three police officers who immobilized Jozef Chovanec in cell indicates that these conclusions are an important element for the continuation of the case. “Nothing shows at this stage that the intervention of my clients has a link with the death”, underlines Hayat Karim.