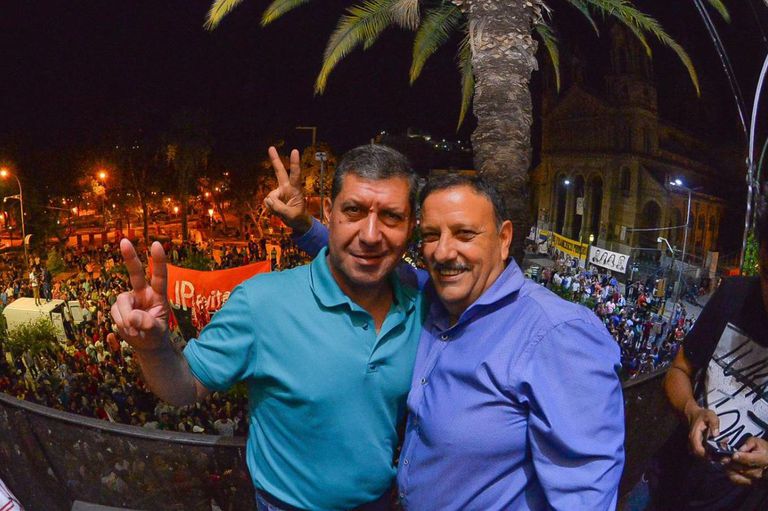 A Peronist fiefdom where the division of powers is a chimera. Where clientelistic practices are so ingrained that the provincial chief of staff boasts of distributing “Strong little plate” to the municipalities and the media to keep them subdued. Where a legion of “Red vests” hired by the governor acts as shock force in the demonstrations against his government. Where a opposition provincial deputy runs the risk of being evicted from his bench this week for criticizing the management.

A province that the Nation favors with billions of pesos –is among the first in the ranking of current and capital transfers– but where the pandemic rages through the saturation of its fragile healthcare system. A province whose urgencies do not seem to be the same as those of its governor, who weeks ago launched a proposal to reform the provincial constitution with the purpose, suspects the opposition, of remaining beyond an eventual second term.

It is not about the province of Formosa or its governor, Gildo Insfran. Although it looks a lot like it. Is about The Rioja and of Ricardo Quintela, the last of a long generation of Peronist governors who for 38 years dominated the land of Facundo Quiroga and Chacho Peñaloza.

La Rioja was in the news last week from the scandal that the provincial chief of staff unleashed, Juan Luna Corzo who, in a series of audios that were leaked on social networks, complained of having distributed “Strong little plate” between some municipalities but, apparently, these funds were diverted to other purposes. The local media have also been beneficiaries of Luna Corzo’s “strong plate”. “You have to flood the radios because we pay all of them,” he said.

The diffusion of the audios could not have been more inopportune for Quintela. The return to the strict quarantine ordered by the president Alberto Fernandez Throughout the country it had unleashed a strong unrest among Riojan merchants, who within hours of knowing the measure mobilized to the main square of the capital and then in front of their home.

Riojans tend to define themselves as peaceful citizens and reluctant to protest demonstrations. However, on May 25, as in many other corners of the country, a major mobilization was expected in the capital. That was why Quintela ordered the square to be fenced off and guarded not only with police officers but also with their “red vests.”

The governor created this special body last year when the pandemic broke out and created the Emergency Operational Committee (COE). People know them as the “red vests” because that was the badge with which they moved through the streets. to ensure that those infected with Covid did not leave their homes and comply with the quarantine.

“There are about 4,000 precarious employees of the governor’s office who now act as a shock force for the governor,” summarizes the radical senator. Julio Martínez.

Thus, that May 25 a legion of “red vests” and provincial police officers stationed themselves at the entrances to the main square to try to thin the demonstration. When the provincial deputy Gustavo Galvan, One of Quintela’s most critical radical voices, wanted to overcome the fence, a Riojan police officer stopped him and blocked his way. The legislator, upset, asked to identify himself, but she refused. After a harsh exchange of words, Galván managed to pass, but it cost him a complaint for gender violence by the province’s secretariat for Women and Diversity.

The complaint fell on the Legislature, which is now analyzing expelling him from the body. “The deputy violated many rulesFrom encouraging mobilization, attacking a policewoman, using and abusing her capacity as a deputy, and motivating people to break our health system. Reasons would not be lacking, “said the Quintelista legislator Teresita Wood.

Galván was the one who, together with Senator Martínez, appeared before the Justice to denounce Quintela for alleged “Misappropriation of public funds” after the diffusion of the audios of his chief of staff. The radical legislator does not have much hope that Justice will investigate the case. “Justice is co-opted by Peronism. The division of powers does not exist in the province. Thanks to the collector system, today the Peronist ruling party has 32 of the 36 members of the Legislature. The opposition has four legislators despite the fact that we obtained 40% of the votes in the last election, ”he laments.

Despite his enormous power in the province, Quintela intends to go for more. Last month he announced his intention to reform the provincial constitution and, since then, a “Operative clamor” of his acolytes in favor of the initiative.

“It will include the axes of judicial reform, integration and periodicity of the mandate of judges; periodicity of mandates in parliamentary areas; co-participation; regions of the provincial territory; gender perspective; extension of rights and guarantees; and natural resources, ”Quintela announced.

“The news was surprising because it was not part of anyone’s demands agenda, in a context of economic crisis and pandemic,” warned the national deputy Felipe Alvarez, Federal Action–. The intention is clear: the obsession of governor Quintela is to win the Riojan capital, historically opposed and that has given several headaches to Riojan Peronism ”.

Indeed, among the governor’s plans is the intention of dividing the Riojan capital -Today commanded by the opposition mayor Inés Brizuela and Doria– considering that it is overpopulated with just 200,000 inhabitants. Also, that of doubling the number of members of the Superior Court of Justice with the excuse of guaranteeing gender parity and imposing a term of office on all judges.

“It is clear that this reform seeks to separate the capital municipality in two and divide any opposition power and, at the same time, enable the modification of the clause that allows indefinite reelection of the governor, ”Álvarez warned.

What the opposition cannot understand is how the governor thinks about reforming the constitution amid the health emergency in the province. “The system is on the verge of collapse; the hospitals in the capital are overwhelmed because in the interior the attention is not enough due to the number of cases. Nor do we have reliable statistics or sufficient tests, “warned the senator. Clara Vega.

Galván agrees. “The province receives millionaire resources from the Nation but we do not see that it has been invested in new hospitals or equipment. What did Quintela do with those funds? We submitted countless requests for reports, but we have no response, “he said.

The data speaks volumes. In the first quarter of this year the province received just over $ 4.1 billion pesos for capital expenditures, 110% more than in the same period last year according to the latest report from the Budget Association (ASAP). It was also blessed with millions in current transfers: of the $ 13,000 budgeted, He has already received $ 5.416 million, almost half.

It is clear that La Rioja is one of the favorite provinces of the Alberto Fernández government. Quintela is one of its most faithful governors. It will be for this reason that the Casa Rosada prefers to turn a blind eye to what happens inside the province.