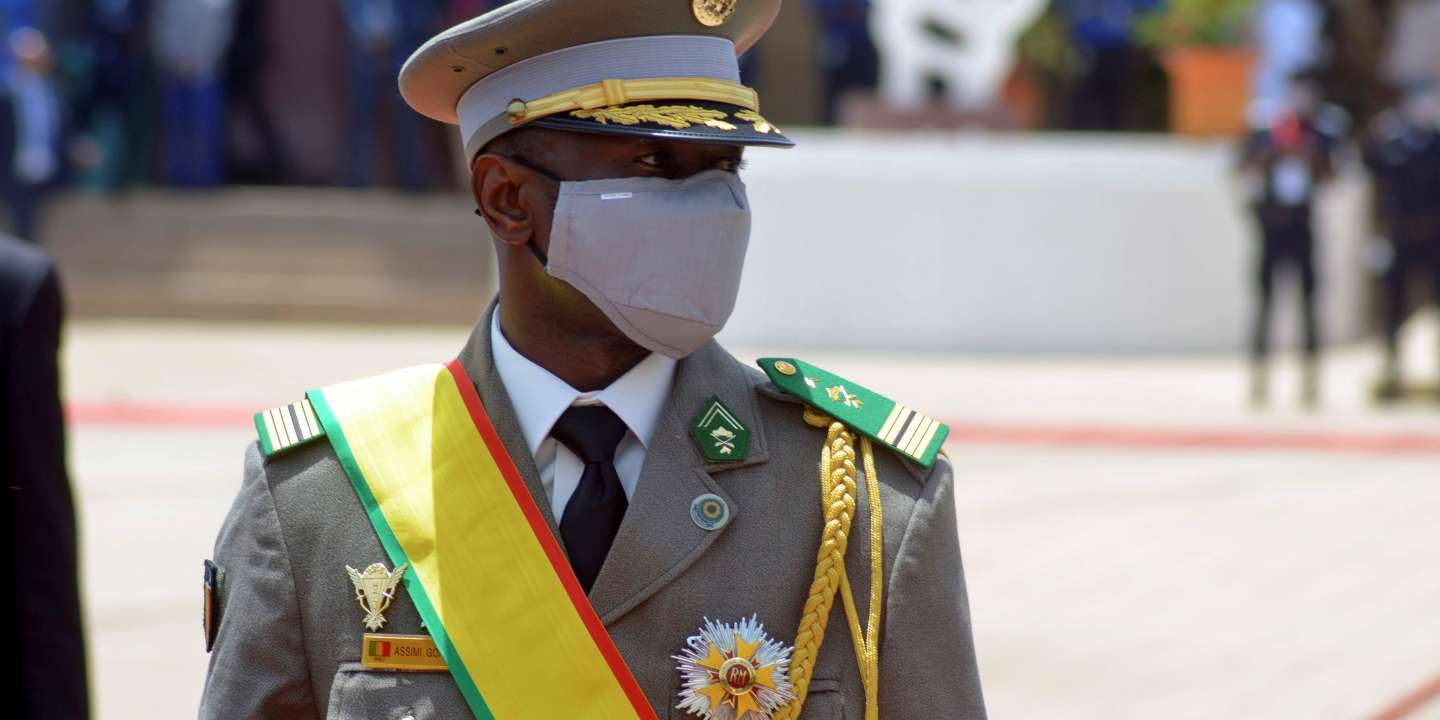 He was responsible for forming a new government of “Wide opening”. The new transitional president in Mali, Colonel Assimi Goïta, appointed the members of this new government on Friday, June 11, as the secretary of the presidency, Ali Coulibaly, announced on national television. The new team has 28 members, including 25 ministers and 3 deputy ministers.

The soldiers obtain key positions such as defense, security and national reconciliation. Authors of two putschs in nine months, they therefore keep the upper hand over the sovereign ministries, while the atmosphere is tense between Bamako and its French ally after Paris has issued criticisms as to the legitimacy of the new president of the transition.

Read also In Mali, Colonel Assimi Goïta dons the costume of president in a bruised Sahel

One of the leaders of the August 2020 coup, Sadio Camara, is back in the defense portfolio. His ousting from the government at the end of May by the former transitional president, Bah N’Daw, is considered to be one of the triggers for the second putsch in nine months led by Colonel Goïta. Ismaël Wagué, another leader of the August coup, keeps the portfolio of national reconciliation.

Colonel-Major Ismaël Wagué, another leader of the August coup, keeps the portfolio of national reconciliation, while the former Deputy Chief of Staff of the Malian armies, Colonel-Major Daoud Aly Mohammedine, and Lieutenant -colonel Abdoulaye Maïga respectively take the head of security and territorial administration.

A government presented as “inclusive”

After his appointment, the Prime Minister, Choguel Kokalla Maïga, from the Movement of June 5-Rally of Patriotic Forces (M5-RFP, a collective of opponents of religious and members of civil society), had promised a government “Inclusive” and “Opening”.

Notable opening appointment among the 28 ministers: another eminent member of the M5-RFP, Ibrahim Ikassa Maïga, also a member of the party of the now deceased former opponent Soumaïla Cissé, becomes minister for the re-foundation of the state.

Mr. Maïga, who is part of the M5-RFP Strategic Committee, is also a member of the political bureau of the URD, the party of the former main opponent, Soumaïla Cissé, who died in December. Minister Abdoulaye Diop, who was part of the government under President Ibrahim Boubacar Keïta (who had been overthrown on August 18 by the military), is returning to his post in foreign affairs.

This announcement comes the day after strong statements made by Emmanuel Macron on the future of the French presence in the Sahel, after eight years of military presence without the situation improving on the ground. The jihadist groups fought, on the contrary, have grown in importance over the years.

For Mr. Macron, the Sahelian states, led by Mali, are to blame: if large territories remain deprived of basic services, it is according to him “Because states decide not to take their responsibilities”.

“Relations between Bamako and Paris are clearly strained, and [les annonces françaises] will not make things easier “, says Ornella Moderan, head of the Sahel program at the Institute for Security Studies. Mme Moderan stresses, however, that the announced reconfiguration is “Not a withdrawal” and that the “Dialogue is not broken” between Paris and Bamako.

Without a doubt, Assimi Goïta thought he had done the hard part by reassuring those of his partners who gritted their teeth after the second putsch: he promised during his inauguration that the return to power of civilians would take place in early 2022, and was also committed to respecting a peace agreement, crucial for stability in the Sahel.

Read also In Mali, the French army claims to have killed an AQIM chief involved in the kidnapping of journalists Ghislaine Dupont and Claude Verlon