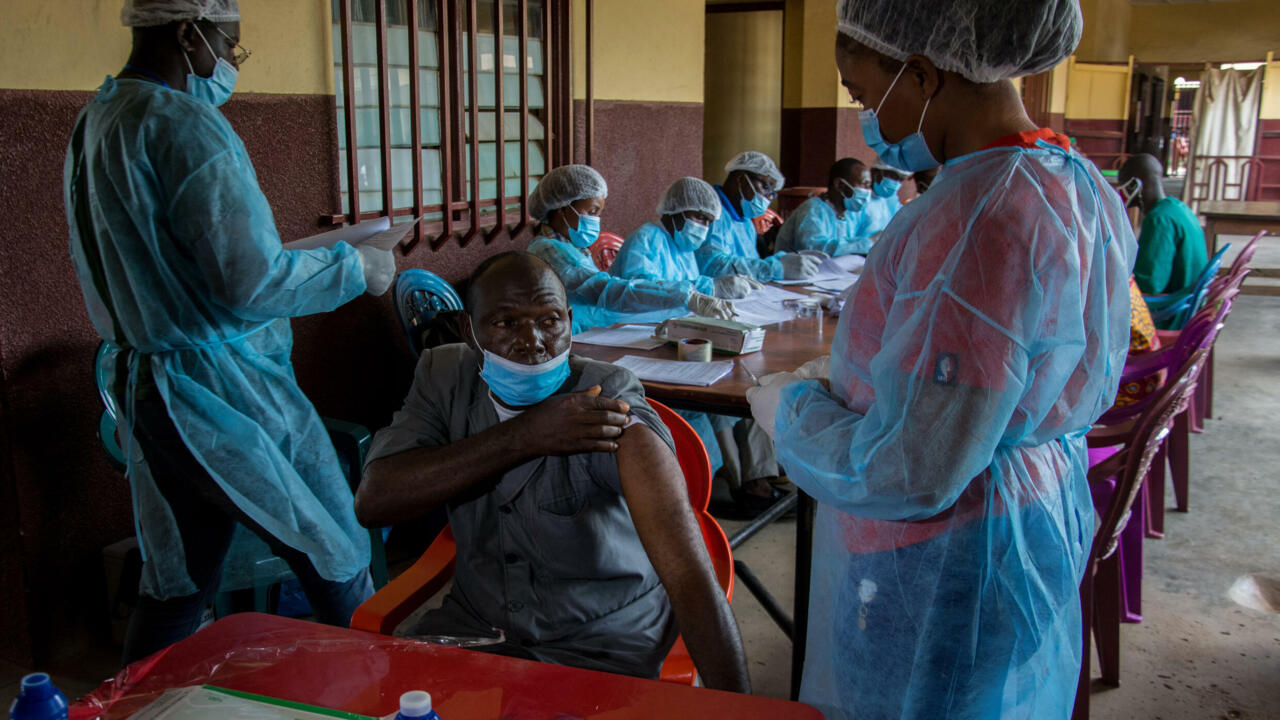 In a study published in the prestigious scientific journal Nature, Guinean and French researchers show for the first time that an Ebola epidemic, like the one that occurred in Guinea in 2021, can be declared from a “sleeper” viral strain in a person, more than five years after being infected . Even if the phenomenon would be extremely rare, this discovery underlines the importance of the follow-up of the survivors.

On February 14, 2021, the Guinean government announced that an Ebola virus epidemic had broken out in the N’Zérékoré prefecture. In mid-June, the epidemic is over, it has caused the death of 12 people out of 23 identified cases. The study published in Nature Wednesday September 15, titled « Resurgence of the Ebola virus in 2021, Guinea: A new paradigm on epidemics », confirms that the strain of the virus responsible for this epidemic is the same as that which affected the country five years earlier. The 2021 epidemic is therefore not of animal but of human origin, and patient 0 is probably a survivor of the previous epidemic.

Some 17,000 patients survived the epidemic that spanned from December 2013 to June 2016 in West Africa. Alongside Guinean researchers Saliou Sow, Abdoulaye Touré and Alpha Keita, Frenchman Eric Delaporte, professor of infectious diseases at the University of Montpellier, followed more than 800 survivors in Guinea, out of the 1,270 counted in the country.

« It was necessary to take care of the survivors when they left Ebola treatment centers, because they were most often psychologically and physically traumatized, he explains. We followed them for five years, at the Center for Research and Training in Infectious Disease of Guinea (Cerfig), in Conakry. And in doing so, we have been able to make enormous progress in understanding the infection. “. During the pandemic, after leaving the treatment center, most survivors were sent home without special follow-up. ” It’s as if you come out of intensive care and let you fend for yourself ».

« The centers proceeded according to the recommendations of the time. The survivors were declared cured, but on a biological basis, that is to say–say that there were no more viruses in the blood: there was no treatment program yet », Details Eric Delaporte. However, we know today, thanks to a previous study by these same researchers, that the sequelae linked to the infection are numerous and that the virus can nest in fluids other than blood.

Persistent symptoms were thus observed in three quarters of the survivors at the start of the follow-up, in particular bone and joint pain, neurological disorders, or even inflammatory glaucoma. ” Over time, these manifestations decrease significantly – today only a third of survivors are affected. –, with very moderate damage », Assures the professor.

The results of the analyzes of the strain of the 2021 epidemic surprised the researchers of Cerfig, associated with the Institute for Research for Development (IRD) and the German Robert Koch Institute. Eric Delaporte, from IRD, testifies: “ We did not expect to find the same strain as at the end of the 2013-2015 epidemic. We said to ourselves that we had to verify that it was not a laboratory contamination. Three other laboratories, including a Guinean and a Senegalese, carried out new analyzes. All find the same result, which upsets the perception of the Ebola virus disease: this strain could only be transmitted by a human being, a survivor of the previous epidemic, whose virus has reactivated.

In their press release announcing the publication of the study, the researchers insist: we must fight against the stigmatization of survivors, who could be put aside by their loved ones for fear of a resurgence. ” The phenomenon remains extremely rare », Insists Professor Delaporte. Having observed clinical sequelae after the acute phase of infection, the researchers would like the survivors to be followed up systematically. They also suggest that those with low antibody levels be vaccinated against Ebola: without a vaccine, some might not be able to control a reactivation of their quiescent virus.

Natalie Roberts, an emergency doctor at MSF who has studied the Ebola disease virus, insists that vaccination should be offered to everyone. ” In some affected countries, population movements are important and public health infrastructure is weak. It is probably not realistic to want to follow all the survivors for years She warns. On the other hand, vaccination seems to him to be a more realistic solution: ” In addition to vaccinating survivors, which should boost their antibodies, we could consider vaccination of their sexual partners and other people around them who will be exposed to the survivor’s body fluids. ».

Basic research on treatments should also be stepped up. ” Well-targeted monoclonal, i.e. artificial, antibodies have been shown to control infection but not kill the virus. Today, we need drugs that are virucidal if we want to permanently eliminate the virus from the body in the rare cases where it would remain in a sleeping, quiescent form. »Asks Professor Delaporte.

►Read also : Ebola: “no proof” of the presence of the virus in Côte d’Ivoire, according to the WHO