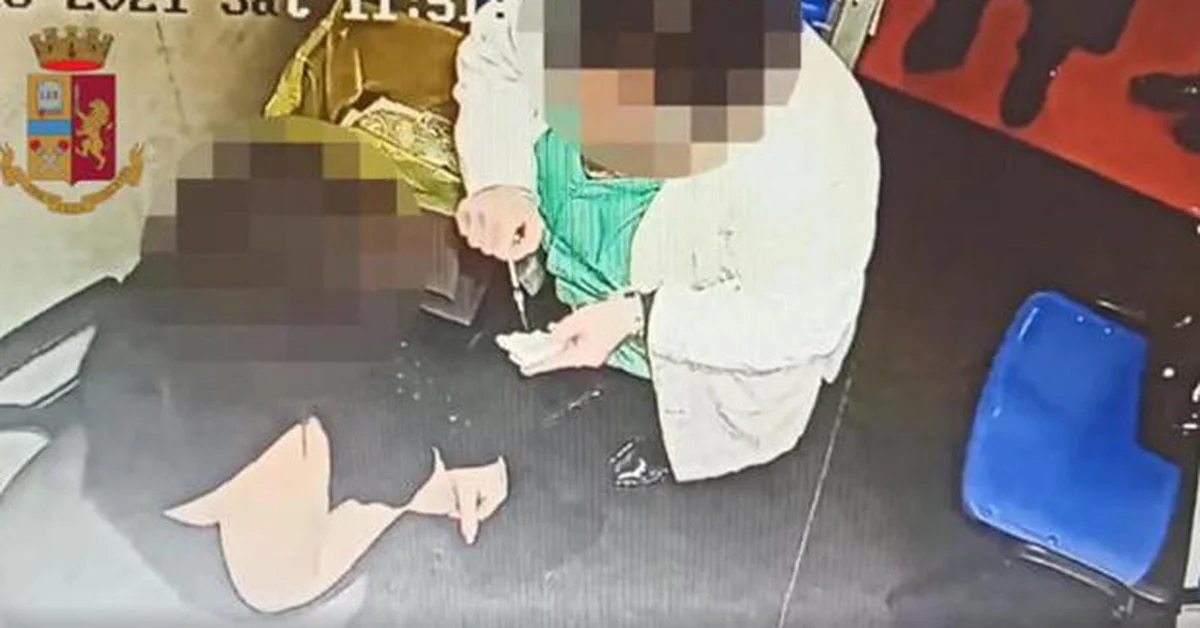 A nurse from Palermo, in Sicily (southern Italy) was put into house arrest after an investigation which revealed that had made false vaccinations against the coronavirus to relatives and she herself had also pretended to receive the booster dose.

In a statement from the Palermo Police it is explained that the accusations issued by the Prosecutor’s Office against the nurse at the “Fiera del Mediterráneo” vaccination center are of “falsifying information and embezzlement of funds”.

The woman, who also works as a nurse in the Infectious Diseases Department of the ARNAS center in Palermo, is accused of having benefited from a false third dose against Covid-19 and having also practiced, during a tour of duty, false inoculations of vaccination to two family members identified as anti-vaccines.

This is a new case of Health workers in Italy arrested for pretending to vaccinate both relatives and even receiving money to give fake vaccines.

The Parlermita Police remember that last December, another nurse from the same vaccination center was also arrested for pretending to vaccinate eleven subjects, including a well-known leader of the anti-vaccine movement, currently subject to precautionary measures in prison.

For the moment, the two relatives who received the false vaccine are being investigated for the crimes of complicity in embezzlement of funds and falsification of information, and further investigations are under way to identify other similar fake vaccines.

Last week a nurse accused of pretending to have administered the coronavirus vaccine to at least 45 people so that they could fraudulently obtain a health passport, disposing of vaccines in a container and even putting sanitary adhesive bands on their “patients” so as not to raise suspicions.

city ​​police Ancona, on the eastern coast of Italy, also put under house arrest for four alleged accomplices, accusing them of finding anti-vaccine clients who were willing to pay for a health passport instead of receiving the vaccines.

The police filmed the nurse while working in a huge vaccination center in Ancona, where he apparently poured the contents of the syringe into the medical waste container before pretending to inject the patient’s arm and then putting a Band-Aid on it.

File image of a nurse with a vial of the Pfizer-BioNTech vaccine against covid-19, at the Molinette hospital in Turin. EFE/EPA/ALESSANDRO DI MARCO

The suspects are accused of corruption, falsification of information and embezzlement of funds, though police added that the bogus vaccination plan also wasted a “critical public resource.”

In Italy, measures against unvaccinated people are increasingly harsh, who are required to have proof of vaccination or recent recovery from COVID-19 to access a series of recreational activities, as well as services such as public transport. Italy, where Europe’s first outbreak was recorded in February 2020, has inoculated 86% of its population over 12 years of age and has given boosters to about 60% of eligible people.

The police have launched several investigations into false health passes, and One case that drew attention was that of a dentist who went to get vaccinated with a fake silicone arm.. After his actions resulted in a criminal investigation against him, the dentist announced that he had finally gotten vaccinated and was only protesting government-imposed vaccination requirements for healthcare workers.

(With information from EFE and AP)

[EN IMAGES] “We took his life,” said the brother of the teenager shot in Montreal