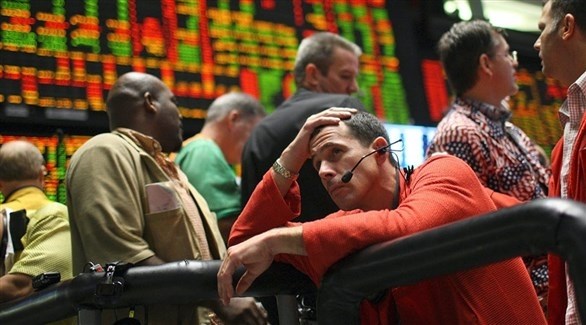 Wall Street witnessed a wave of panic this week after the sharp decline in the Nasdaq index, which made investors wonder whether the markets will settle for a correction or if they are on the verge of a long downturn that carries risks for the economy and for the management of Joe Biden.

The Nasdaq tech index collapsed more than 15% from its last record in mid-November, certainly putting it on the sidelines of a correction, marking its worst month since October 2008 amid the financial crisis.

As for the Standard & Poor’s 500 index, which represents the US market as a whole, it has fallen by 8.3% since its last peak at the beginning of the year.

Even the shares of Netflix, one of the most sought-after shares on Wall Street, witnessed a sharp decline, reaching -21.79% Friday, and fell to about $ 400 per share after reaching $ 700 in November, which raised major concerns and began to spread anxiety among small shareholders. Those who count on their stock-invested retirement savings plan known in the United States as a 401K.

One netizen complained, “Your 401K is probably 40% lower than it was three months ago. I’m 65 and I don’t have time to rebuild myself. Thank you, Joe Biden.”

Another wrote, “People are losing big on their 401K plans. It’s the wallet that decides the elections, so expect a big defeat for the Democrats.”

Biden faces a difficult legislative elections in the middle of the presidential term in the fall, at a time when his popularity has fallen to its lowest levels.

What raises concerns on Wall Street is the possibility of the US Federal Reserve increasing its interest rates in an effort to contain inflation at its highest levels in a generation.

Expectations indicate an increase in interest rates of about a percentage point this year, after they have been kept at zero or close to the level since the outbreak of the Corona epidemic.

Many believe that the Fed has failed to deal with inflation, and may now tighten policy even more tightly.

But the real question requires knowing at what point a correction can turn into a “bear market”, that is, a market with a bearish trend, as opposed to an upward-oriented “bull market”.

“We are still far from the ‘bear market’, but if we start to see an economic slowdown with higher interest rates, then we will continue to sell, which could actually make us move from just a correction,” said Grigory Volokhin, portfolio manager at Mischart Financial Services. to the “bear market”.

It is expected that the US economy will continue to grow at a strong pace in 2022, recovering from the consequences of the health crisis, but expectations have been lowered in this regard.

Can a faltering financial market still affect growth? “This may slow the recovery, but it won’t push us into a downturn,” Sam Stovall of investment firm CFRA confirms to AFP.

“We have just lowered our forecast for GDP growth in 2022 from 4.6 percent to 4.2 percent, but this is rather related to the duration of inflation and expectations that the Federal Reserve will raise interest rates every quarter of this year,” the expert explained.

Others argue that a correction, if it does not last for a very long time, is a sound measure in a market where stock prices are sometimes overvalued.

The stock price-earnings ratio, which is a key indicator for determining the value of shares, is 21.2 for S&P 500 companies, which means that those who want to become shareholders pay a price per share that is more than 21 times the value of its earnings.

Historical statistics, according to Sam Stovall, show that this percentage can drop under the best circumstances to 19.7, with rates ranging between 1.75% and 2.25% over ten years. “This is proportional to the decline of the Standard & Poor’s 500 index by 15%, which therefore means that we are in the midst of a correction process,” the expert said.

“History also tells us that we may double down to -30%” if the ratio drops to 16.2, its historical average with similar interest rates, he added.

But history also carries consolation, as the expert noted that “after a correction, investors come back strong and it takes an average of four months to return to balance.”

Against Covid-19, the permanent quest for new molecules