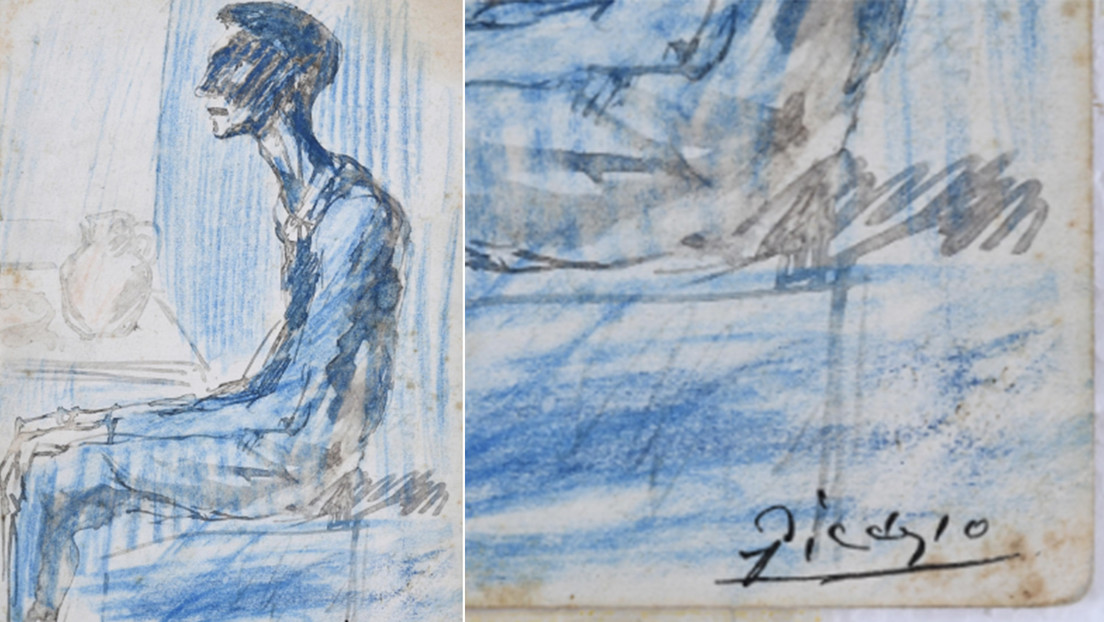 This is one of the preparatory sketches that the painter made for his masterpiece ‘The blind man’s food’, currently on display at the Metropolitan Museum of Art in New York.

The Barcelona auction house Subarna has announced that on October 7, public and private institutions will be able to bid for the purchase of an original drawing by Pablo Picasso that had been missing from the public radar for almost 100 years.

This is one of the preparatory drawings that the Spanish painter made for his famous work ‘The blind man’s food’, completed in 1903 and currently exhibited at the Metropolitan Museum of Art in New York (Met). This canvas is one of the few creations of the artist’s so-called blue stage, one of the best known to the public.

According to Subarna, the drawing belongs to a private collection in Barcelona.

“When it comes to big names, in general and at first it is often mistrustful, since usually it is either reproductions or copies. However, when seeing it in nature, the first impression was positive, given the certainty of the line and the signature “, said to Europa Press the expert Juan Carlos Bejarano.

“In addition, the support was a postcard, a reused and humble material, very much in keeping with the poverty in which Picasso was immersed during those years: it only remained to verify whether the work was reproduced in the famous and encyclopedic catalog raisonné of Zervos, and so it was, “he added.

It should be noted that the signature that appears on the Zervos reproduction was false, which led to Picasso signing it later, towards the end of the 1950s or early 1960s. Proof that it is the same drawing is that the worn line of that first rubric can still be seen, close to the most recent and authentic one. According to the auction house, this is the first time that the work has been shown to the public in color and with the handwritten signature of the Malaga artist.

The starting price of the drawing has been set at 40,000 euros and it is estimated that it will be sold for around 100,000 euros.