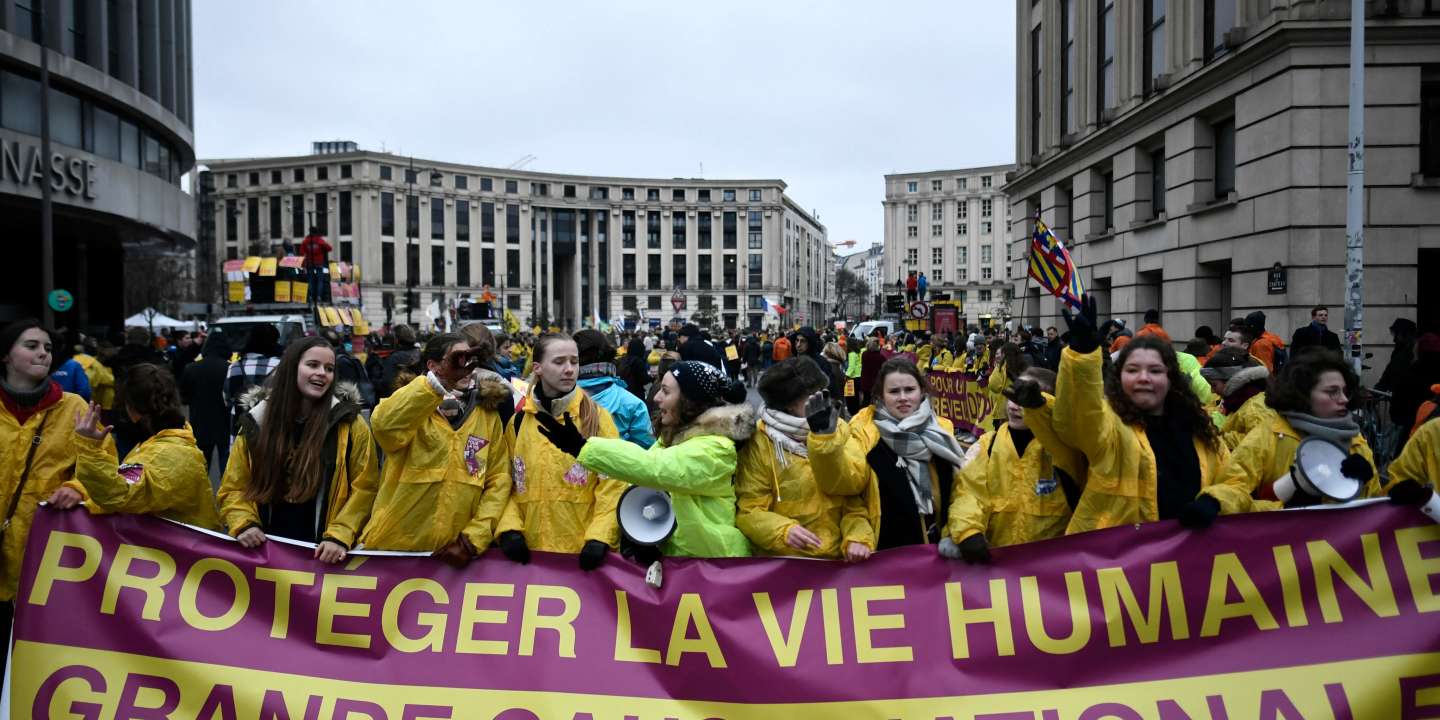 Several thousand people opposed to abortion demonstrated on Sunday, January 16 in Paris, against the bill extending the legal period of voluntary termination of pregnancy (IVG) and to make their “ten proposals” to presidential candidates during the March for Life, which is held every January.

This year, “the first subject is the Gaillot bill (…), an iniquitous law” which must authorize the extension of the legal duration of abortion from twelve to fourteen weeks, declared Nicolas Tardy-Joubert, president of the association La Marche pour la vie, during a press briefing before the departure of the procession .

Read also Article reserved for our subscribers Extension of the abortion period: the deputies of the majority impose the debate

Gathered in the freezing cold, protesters – many of them teenagers and young adults – held up pink and yellow signs bearing the message “Stop bothering the embryos” Where “Life is a right, not a choice”. According to organizers, some 20,000 people attended the rally. The police headquarters counted around 4,500 protesters.

Activists from the Femen feminist movement burst in, topless, in front of the stage set up at the end of the course, shouting “Blessed be the fourteen weeks! » or “Abortion is sacred”. They were violently evacuated by the order service of the demonstration.

PARIS – The @Femen_France are disrupting the “March for Life” marching in the capital against abortions. https://t.co/OFDyGdzLsM

Make the “protection of human life” a “great national cause”

Among the demonstrators, Jacques Dumoulin, a 65-year-old retiree, who came from Bordeaux with his wife, Anne, “to recognize that life is sacred from the beginning”. “Today, we use abortion as a means of contraception”, considers with regret Marie, 17, an agronomy student from Aube.

the “second important subject” of this mobilization, “it’s the presidential election”, estimated Mr. Tardy-Joubert, calling on the candidates to ensure “that the protection of human life be a great national cause”. “We don’t support anyone”, he added, but “we present our ten proposals” to candidates, as “reinstate the three-day reflection period [au minimum] » before abortion or rejection “assisted suicide and euthanasia”.

Led by MP Albane Gaillot (formerly La République en Marche), the text allowing the extension of the legal deadline will be examined at second reading in the Senate on January 19.