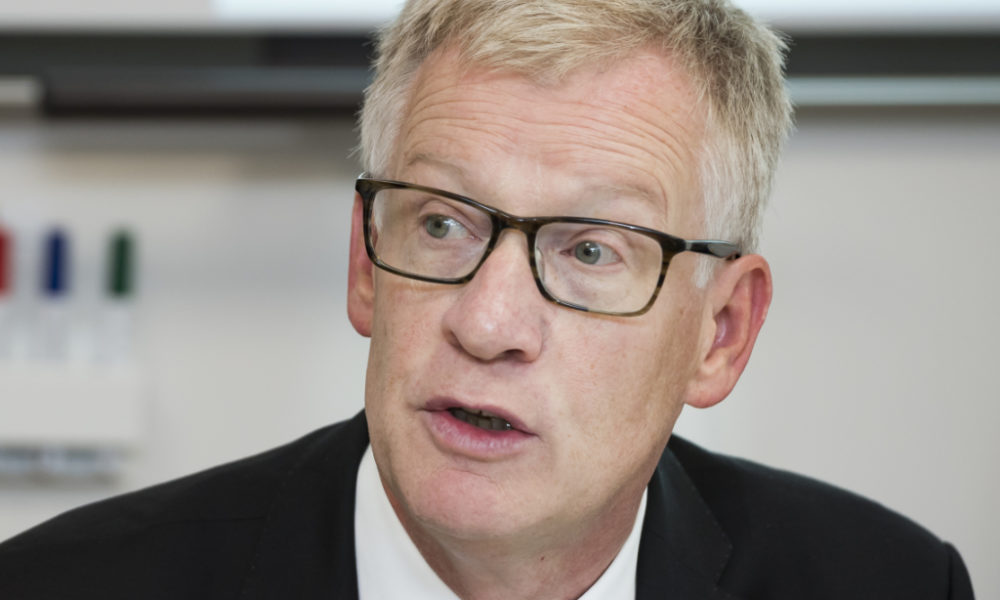 “Solid”, the 2021 accounts of the State of Friborg end with a profit of 0.7 million francs, a little more than the amount appearing in the budget (0.3 million). Expenditure and revenue crossed the 4 billion mark for the first time.

The result comes despite a “heckled context”, noted Wednesday in Friborg State Councilor Jean-Pierre Siggen, for whom it was the first presentation as the new great cantonal financier. It also includes significant allocations to funds and provisions, said Georges Godel’s successor.

The latter reach 121.7 million francs, “in order to anticipate various elements which will impact the finances of the State in the coming years”. Expenditure amounted to 4.072 billion (+7.6%), or 0.7 million less than revenue. The 2021 budget showed amounts around 3.79 billion only.

Windfall from the SNB

The change is around 286 million francs. On the revenue side, there is a record payment from the benefit of the Swiss National Bank (SNB) of 149.4 million. Transfer tax (+14.1 million) and capital gains tax (+12.8 million) also brought in more.

The State of Friborg has again recovered 80.8 million francs from the Confederation of the expenses it has incurred for measures to combat the effects of the pandemic. The share of direct federal tax (IFD), that of withholding tax (IA) and grants acquired, in particular for the HES-SO/FR have increased.

As far as expenditure is concerned, personnel costs exceeded the budget by 23.5 million francs (+1.7%). Added to this are 14 million additional staff costs incurred in the departments concerned by measures affecting the health crisis (vaccination, testing, tracing and task force).

The change in special financing and extraordinary charges is mainly due to the adjustment of the provision linked to the impact of the health crisis (+31 million), the partial reconstitution of the BNS provision (+25 million) and the creation of a provision to cover the risks of fluctuations in the share of IA (+10 million).

In addition, 45 million francs have been allocated to the infrastructure fund in order to pre-finance future investments. The account of the latter, precisely, presents expenditure lower by around a third in relation to the budget, at 166.6 million francs, but equivalent to that of 2020 (164.5 million).

The contraction is explained by lower expenditure for purchases and construction of buildings, or even purchases of securities that were not carried out according to plan. Several investment grants turned out to be less than expected, particularly for the construction of the Smart Living Lab building.

With a degree of self-financing of 208.5%, the State of Friborg is able to fully finance its investments with the financial resources made available over the financial year.

The costs related to Covid-19 amount to 174.3 million francs. By integrating the sums for 2020, no less than 260.3 million have been spent to date for cantonal measures to help the economy, culture and sport, for the measures of the recovery plan as well as for the other pandemic-related costs.

Of this total amount, the part devoted to measures in favor of the cantonal economy, culture and sport amounts to more than 155 million francs. For the years 2020-2021, the net cost borne by the canton represents more than 164.6 million. Expenses are still to be expected for the 2022 financial year.

Want to quit your job and find a better job? Keep these things in mind

Russia: developers encourage piracy of their game and do not want money in return