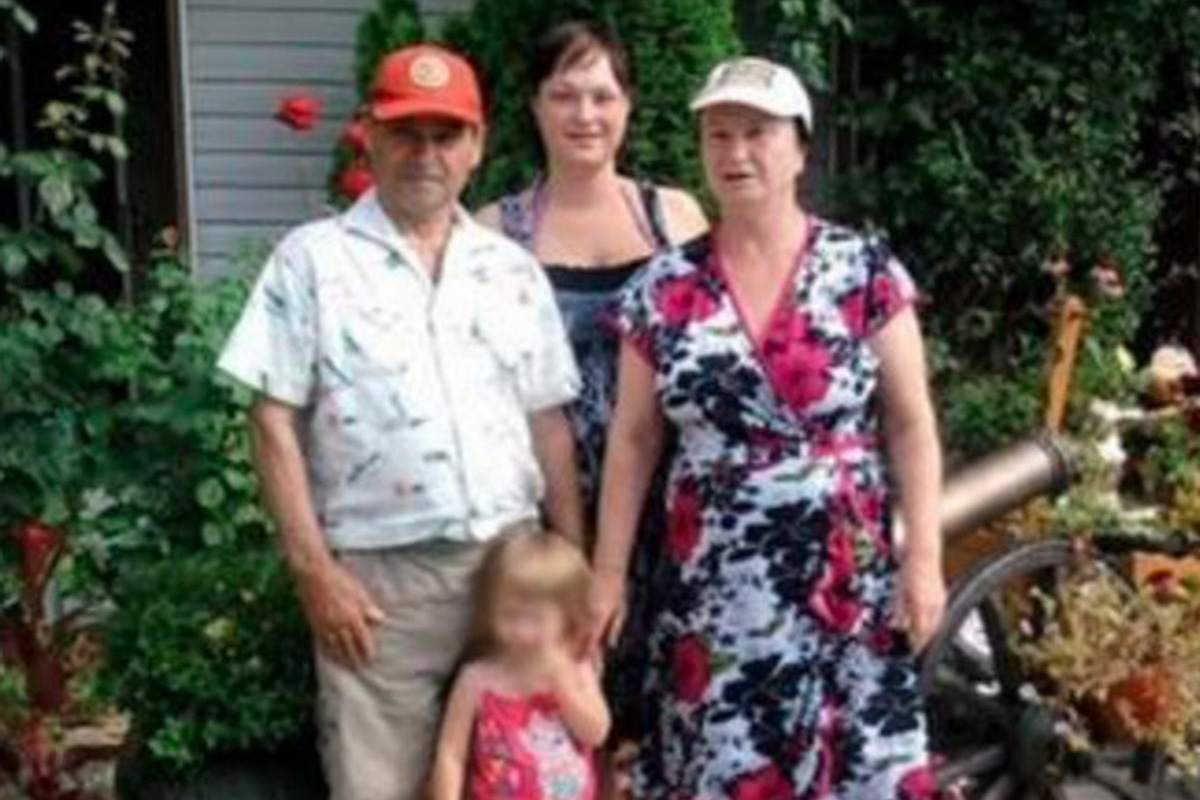 “Misha still managed to choose a coffin for Lyalya, and then they took him away himself,” this tragedy shocked Russia.

Three dead, two in serious condition – such is the sad outcome of a family trip to the vaccination of the Kolesnikov family, which is categorically contraindicated for them, from the Lenin farm, which is not far from Krasnodar. Only 13-year-old Arina survived, having lost her mother, father, grandmother. Thank God, everything is in order with the girl herself, since children are not vaccinated.

Despite the fact that local authorities through their channels hint that the family allegedly went to Moscow to get vaccinated (such a voyage, by the way, would cost the cheapest under 100 thousand rubles), a relative of the deceased confirmed that vaccination took place nearby – in Vasyurinskaya or Starokorsunskaya villages.

And here is an unexpected continuation of the story.

For some reason, doctors refuse to recognize Mikhail Kolesnikov, the head of a family from the Krasnodar Territory that died out after vaccination, who died from … coronavirus. Despite the fact that the man died in a “covid hospital” and he had a large percentage of lung damage, the diagnosis itself, according to his sister Elena, has not yet been officially made.

“My brother and his wife had a diabetes mellitus. Plus, they were on dialysis, Lyalechka had to undergo some kind of planned operation, also related to the kidneys, but she was denied hospitalization without vaccination, well, they all together decided to get vaccinated at the same time, “a surviving relative told MK.

“We went to bed in a week. All at once have extensive lung damage. Lyalya was the first to die in the hospital, followed by her mother, Arina’s grandmother, followed by Arina’s father Mikhail, my brother.

The girl’s second grandfather and grandmother are still alive. The family was friendly, Kuban. Therefore, everyone went for the vaccination together, although only 36-year-old Lyalya was not admitted to the hospital without a vaccine.

Mikhail was the last to stay at home. He already knew that his wife and mother-in-law had died. He was getting worse.

Elena rushed around the house on the last night before her brother’s departure to the hospital. But she was unable to change anything.

“I turned circles around their house, because Misha would not let him in, he was afraid for me and my daughter,” the sister continues her story. – I looked after my grandfather (at the moment he is alive – author), then after Misha. The brother lay in his separate room, where he usually did his own dialysis. She and Lyalya had a special room for dialysis, sterile, because you can’t run into the hospital every time, so they usually did this procedure themselves, and were very scrupulous about it. I don’t know all the medical details, of course … ”.

In the end, Elena took a nap on the children’s swing. And in the morning, barely dawn, she took Arisha, who was barely standing on her feet, and took her to her place. Mikhail stayed to wait for the ambulance, which arrived only 16 hours later.

“He was lying on the Red Partisans in a covid hospital, there were solid corpses … When I came to receive a certificate of death, there were stairs, clung to people who were also waiting for their dead, that day there were something around 80 of them,” continues Elena …

Elena says that for three days she tried to call the hotline in Krasnodar to find out at least something about the death of her brother’s family, but “no one cared about anyone,” she laments. Despite the fact that Mikhail was in a covid hospital, he was never diagnosed with a coronavirus in his death certificate. Although he seemed to be standing at his mother-in-law and wife. “They said that with such a large percentage of damage, Misha’s virus was not isolated.”

“I don’t even understand how he was treated there in the hospital at all,” Elena continues. – Since those kidney drugs that he used at home, we gave him to the hospital with us, and all the packages were returned intact. He also had a pump for diabetes. And Lyalya also stood. Did the doctors know about this? Maybe if they had been a little more attentive, our loved ones could have been saved? ”, A relative of the dead asks herself the same sore question. The only one whom she sincerely thanks is the local guardianship authorities, which urgently issued papers stating that Arina is now her adopted daughter.

Human rights activist Ivan Melnikov urgently interrupted his vacation in Crimea in order to go to Lenin’s farm and find out what the orphaned family needs now.

“We met and received them as if they were our own. As is customary in the Kuban. All the best from the way to the table, refuse – do not refuse, but eat a plate of borscht. “

“Elena’s family, where Arina Kolesnikova currently lives, to be honest, is not rich,” says Melnikov. – Now Elena suddenly became a mother of many children, since she has two children of her own. The husband passed away several years ago. A small apartment on the outskirts, they were going to make repairs … And just imagine, in such a situation it was necessary to urgently bury loved ones, and even the father and mother remain in the hospital in grave condition ”.

“We wrote an appeal to the president with a request to finally resolve the issue of planned hospitalizations for the unvaccinated,” says human rights activist Ivan Melnikov. – I have always been an ardent opponent of this measure. I wrote to the president on the hotline that it is impossible to deprive patients of medical care under such conditions. This is a violation of a number of laws, a violation of the Constitution. Not everyone can be vaccinated for health reasons, if a person is sick and needs to be hospitalized on a planned basis (that is, for more than two days), he has every right to receive a temporary medical treatment. If he is chronically ill, and his disease is included in the list of those for which vaccination is contraindicated in general, doctors should not give him an ultimatum and / or. Either a vaccination, or lie down and die. In the future, this threatens to increase the number of deaths and disabilities among citizens of the Russian Federation. As in the case of the Kolesnikov family from the Krasnodar Territory. “

Meanwhile, Minister of Health Mikhail Murashko instructed officials of Roszdravnadzor to investigate the death of the family, which was vaccinated against contraindications.

This was reported by the press service of the department.

Read also: Medical error: a contraindicated vaccine could cause the death of an entire family