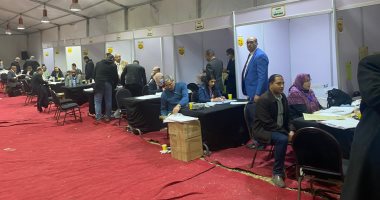 The results of the Cairo Engineers Syndicate’s sub-elections resulted in a re-run between the consulting engineer Hisham Abu Sunna, the current head of the syndicate, and Hossam Afifi for the seat of the head of a sub-union in Cairo.

The run-off is scheduled to take place next Friday at the Cairo International Conference Center in Nasr City.

Engineer Hani Mohamed Mahmoud, the former Minister of Communications and Administrative Development and Chairman of the Supreme Committee for the Engineers Syndicate elections, confirmed that the elections in all governorates are conducted in a civilized manner without any problems, indicating that all electoral centers are monitored moment by moment through the Zoom technology, where there is a camera in each center. elective, and linked to a major communication network in the general union.

During his inspection of the electoral process in the Chinese garden committees at the Cairo Convention Center, the head of the Supreme Elections Committee revealed that the engineers’ elections are witnessing for the first time the application of the pre-registration system, explaining that all engineers who have paid union subscriptions have the right to vote until 2020, and if the subscription is not paid, payment can be made before vote.

Mahmoud stressed his confidence that this democratic wedding will emerge in the best and most glorious way to reflect the civilized face of the engineers, pointing out that the electoral process takes place under full judicial supervision, stressing that the Supreme Elections Committee stands at the same distance from all candidates.

Ukraine.- The United States assures that it is prepared to evacuate Zelensky