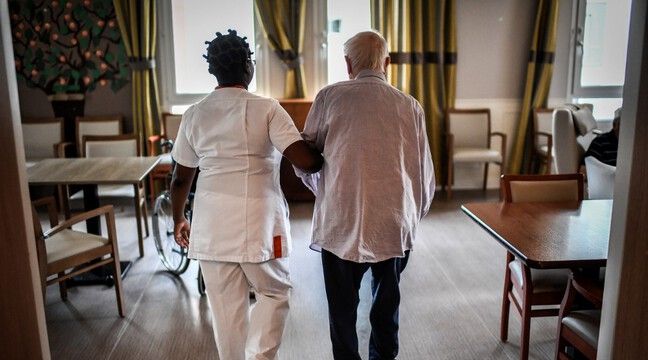 A Beninese national, nursing assistant for a year and a half in an nursing home in Isère and threatened with deportation, was offered a residence permit, announced Olivier Véran and Marlène Schiappa, in a joint press release on Friday.

Lydia Veyrat, 37, came to France in May 2019 after the death of her French husband with whom she lived in Benin, to liquidate the estate in Savoie, where he was from.

The nursing home needed her

In the meantime, the nursing assistant had been hired, first on a fixed-term contract then on a permanent contract in October 2020, as a nursing assistant in an nursing home in Pontcharra in Isère, a department put under pressure by the Covid-19 epidemic. But her request for renewal of a residence permit had been refused by the prefecture of Savoie, the department where she resides, accompanied by an obligation to leave the territory in September because it “did not justify any particular integration into society. French ”.

His appeal to the administrative court was rejected on Monday. Her nursing home had, however, “attested in writing that they needed her”, declared her lawyer Didier Besson, while one of her superiors had denounced an “incomprehensible situation”.

“Anxious to recognize the commitment of those who participate in the fight against Covid”, the Minister of Health Olivier Véran and the Minister for Citizenship Marlène Schiappa, in relation with the prefect of Savoy, have decided to grant a residence permit.

It will allow her to “stay in France and to exercise her profession as a nursing assistant in this nursing home”, they add. “It is also in line with the government’s desire to accelerate the naturalization of foreign workers on the front line during the Covid”, according to the entourage of Marlène Schiappa, who indicates that 1,419 files of foreign workers, identified by the prefects, are currently under review.