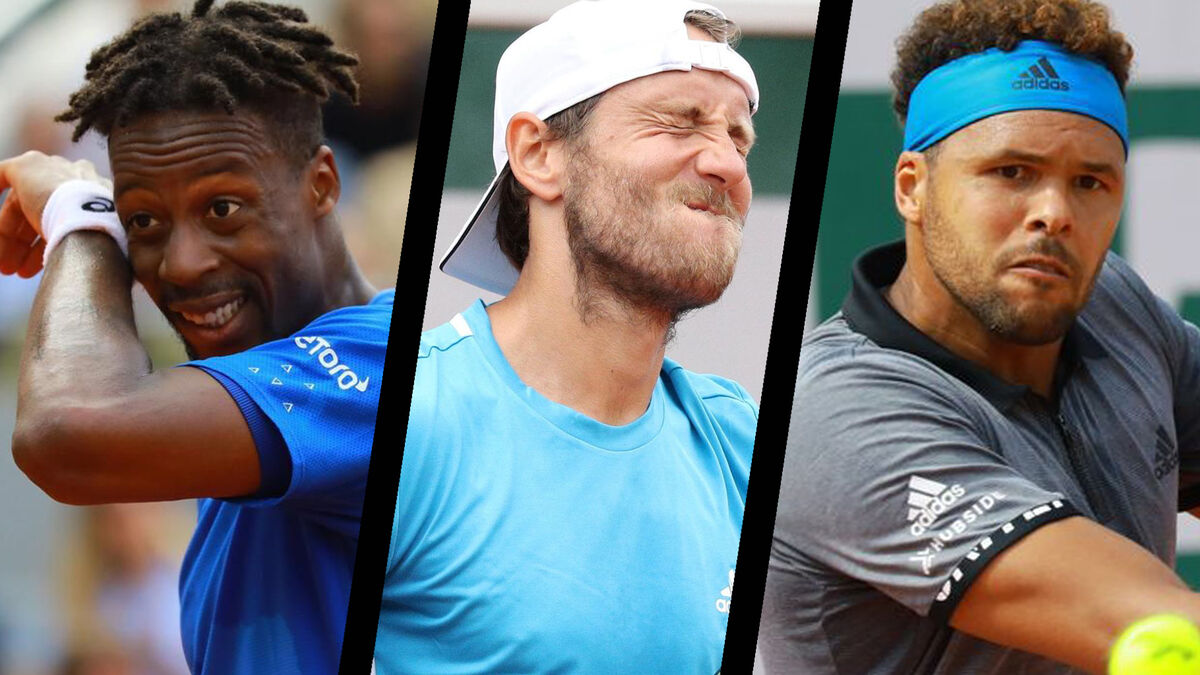 Attention, spoiler! If you don’t want to know the epilogue of Roland-Garros 2021, don’t read the following lines. Otherwise, you will discover that no Frenchman is likely to lift the Musketeers Cup in front of the 5,000 spectators authorized on the Central, on June 13. West Paris (and the rest of the Grand Slams) has remained a dull blue-white-red plain since Noah’s coronation in 1983.

And we will have to wait a little longer (a little, a lot, desperately?) To see a Habs rule on his land or elsewhere. The Tsonga-Gasquet-Simon-Monfils generation will soon lay down their arms, Pouille, 27, is moving away from the target and Humbert, 22, has a few steps to take to become a trigger. The most promising juniors (Cazaux, Mayot) must discover the far-west of the circuit.

For the days to come, we just hope that the Blue (s) will be more skilful than in the fall of 2020 when, men and women alike, they had drawn the worst record since the start of the era open in 1968 (barely four boys and as many girls unharmed after the first round). And that an emulator of Hugo Gaston, revelation of the 2020 edition, will come to give a little balm to the hearts of fans.

Stop with the notions of elitism and precocity

But after ? “What sport illustrates better than French losing tennis? None, confided Gilles Simon. We still carry that burden. We play and lose every week. We are not definitely doomed because, Cilic-style players (Editor’s note: who won the US Open in 2014 despite the presence of the Big Four), we will have some in the game. In the head, it will be harder. It is necessary to question the work of the coaches and the speech, to verbalize the ambitions. “

On February 13, 2021, the FFT changed its mind. And of course. President Gilles Moretton’s team wants to put an end to the notion of elitism and precocity in detection, which prevailed during the previous term of office. Bring in the apprentice champions later at the National Training Center (CNE) and strengthen the Pôle de Poitiers, which saw the Escudé, Tsonga, Mahut, Simon or Benneteau parade. Also review the way in which the technique is taught from an early age.

“Thinking that you have to make a choice very early from 7-8 years on some promising elements, it’s a lottery, loose the former DTN, Patrice Hagelauer. From CM1 or CM2, they had to study by correspondence to have more time for tennis! “Make way for a new” French model “, the contours of which still need to be refined. Based in part on the experience of Louis Borfiga, returning from an exile in Quebec where he ripped off the golden generation of Canadian tennis.

“It is absolutely necessary to put volume at the bottom of the pyramid, to bring together our young people in poles so that they can confront each other, build themselves up tennis and humanely, explains the DTN by interim Nicolas Escudé. I don’t think you can succeed by staying in your corner, without sharing. The system was too selective. Whereas, the more players there are who get away from it all, the more chances we have that there will be one who gets to the end. Winning at all costs among young people will not be a selection criterion. Whether you are minimal world champions, cadets or juniors, that’s good, but what interests me is that there is one who wins a tournament like Roland-Garros! “

A small passing to the ex-boss Bernard Giudicelli, who feasts on glorifying the least result of teenagers on social networks. A year and a half ago, the FFT had a “mental center” for the support and psychological monitoring of young people. If its manager was fired with the arrival of the new management team, the project remains essential. “We need to have strong players in their minds at 18,” explains Moretton, who is counting on Yannick Noah’s help in this area in the near future. 60% of tennis is done in the head. Simply with good moves, we will not succeed. “

To achieve the widest possible network and not to let slip the nugget that would stray off the beaten track, the FFT says it wants to strengthen its relations with private structures, once considered as enemies. The Mouratoglou Academy, the All In Academy of Jo-Wilfried Tsonga and Thierry Ascione, or the Elite Tennis Center of Jean-René Lisnard, trainer of world No. 2 Daniil Medvedev.

“We are waiting, we will probably sit down to discuss it,” says Ascione. But whatever the policy that will be put in place, it is first necessary to carry out an audit of the forces present and especially of the motivated people among the trainers, who have been there sometimes for 25 years and whose aspirations must be explored. Everything is human-based. We’re talking about massing, but who’s in charge? Do we have enough skills to manage the volume or not, I have no idea… ”

Coach of Tsonga for eight years, Ascione dreams of seeing all the old ones making their contribution to a new building. “Maybe the systems didn’t use them, maybe they didn’t want or like the people there, but we need their experience,” he continues. I attended Tsonga, Monfils, Gasquet, Simon dinners. When they talk about the game, you say to yourself: Wow, don’t you want to share? It’s stupid to keep that to yourself! I dream of a table of 25 with Mauresmo, Pierce, Grosjean, Escudé, people who do not have the same involvement in tennis (TV consultant, coach, trainer, etc.). Let us all discuss how Elsa Jacquemot will go from winner of Roland-Garros junior in 2020 to winner of Grand Slam. They all have a lot to say. “

“It’s not just the forehand or the physical”

Ex-world No. 1, Grand Slam winner, Fed Cup captain, coach or consultant, Amélie Mauresmo has worn a lot of caps. It was even part of a very short-lived “Podium”, invented by Giudicelli with Noah, Forget and Pioline. “I do not have the vision of what is happening in the young and in the young, advance the former champion with caution. Does it come from there? A champion and a champion, it is formed, but there is also an element of innate. Some are destined to be. From what I see and what I am told, it is very difficult to keep girls in tennis, young people have more and more activities on the side. Tennis is a very frustrating sport when you’re just starting out. “

Amazon TV’s newest recruit shares Ascione’s analysis. It is first necessary to train… teachers. And insists, too, on this head that must be at least as strong as the arm. “I remember that we were going on endless two-month tours and I find it very educational for a young person of 15 or 16 years old, she says. You learn the circuit, to be in front of yourself. It’s not just the forehand or the physical, there is also this ability to roam all year round and get out of this jungle on the secondary circuit. With us, the switch from young people has always been difficult. Technically, we’re well trained, but maybe we haven’t put enough emphasis on the mind. The Rublev, Sinner, Osaka, are scheduled. We have little or no that side. You have to rub shoulders with others to harden yourself … “