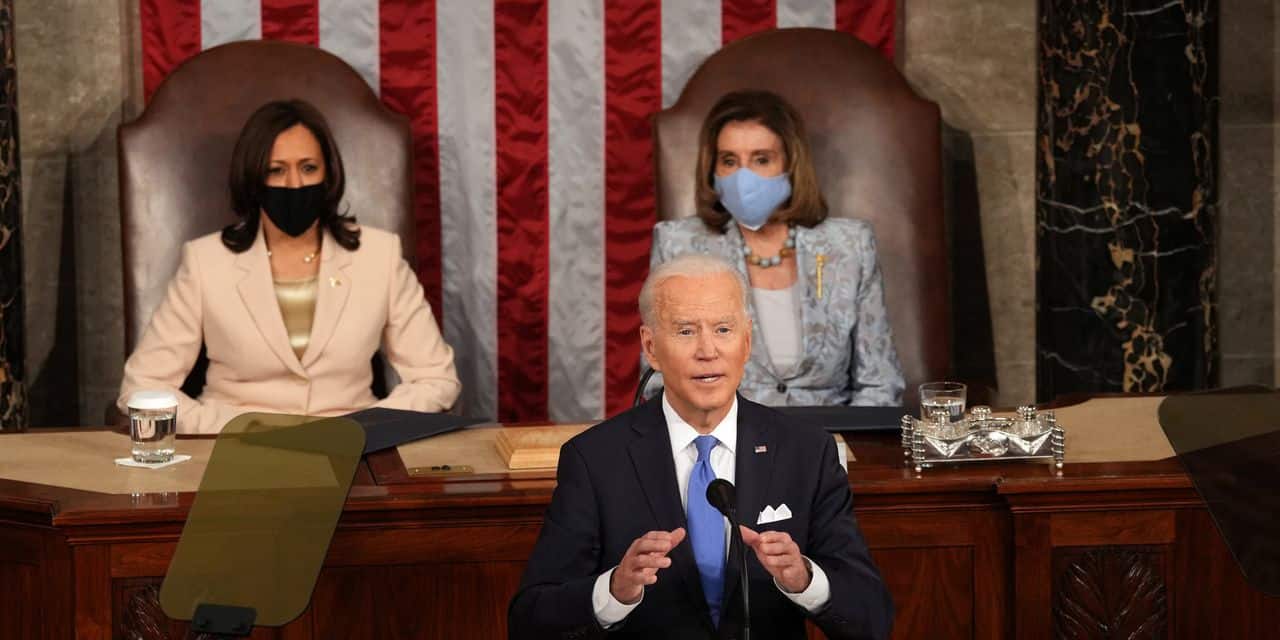 It is a symbolic milestone that US President Joe Biden is crossing this Thursday: his hundredth day at the head of the United States. The day before, he spoke for the first time before a joint session of Congress, with members of the Senate and the House of Representatives. The opportunity for the Democrat to present his legislative priorities including his “American family plan”, a gigantic investment plan of 1,800 billion dollars intended for families, students and children, as well as his plan of 2,300 billion dollars for employment and infrastructure. This event was obviously on the front page of all American newspapers this Thursday. Overview.

The Washington Post, describes the “American family plan” as historic, and considers that it should make it possible to considerably facilitate the work, education and training of Americans. “He eschews some of the less appealing ideas Congress Democrats have put forward“, adds the columnist. The latter points however”a trap or two“in the president’s promises, including that of not raising taxes for people earning less than $ 400,000 a year, while the federal government is running huge deficits and”that climate change, future recessions and other issues may require emergency spending on a scale that policymakers cannot anticipate“.

CNN also returned to “Joe Biden’s biggest presidential speech“. The American media first underlined the President’s remarkable ease in the exercise, punctuated by several moments of improvisation. The tone employed is also praised.”All of Donald Trump’s speeches, including those he gave to Congress, were rife with self-righteousness about the things he had achieved. Biden, on purpose, took a drastically different tone, repeatedly speaking in terms of “we”“, we can read. On the other hand, the journalist points out the time it took him before tackling the theme of police violence.”It felt like a missed opportunity to make the country understand how important issues of racism and policing are to it“, points out the media.

The daily USA Today meanwhile believes that Joe Biden’s speech to Congress “unlike any other in modern history“. First of all in relation to the appearance of the assembly facing the President, limited to 200 people all masked, but also on the substance of the speech.

“After 100 days, Biden is transforming what it means to be a Democrat“, illustrates for its part the New York Times who believes the President is seeking to change the way the nation serves its citizens. “A lifelong centrist, President Biden has moved to the left with his party and is behind the biggest expansion of the U.S. government in decades“, underlines the daily.

Another historic event did not fail to make the American media react. It is about the presence of two women around the president during his speech: the president of the House of Representatives Nancy Pelosi and the vice-president Kamala Harris. Joe Biden was also keen to stress the importance of the moment as soon as he took his place on the stage: ” Madam President, Madam Vice-President, did he declare “No president has ever said those words from this rostrum. No president has ever said those words. And it is high time.”“A gesture hailed by the assembly and the media across the Atlantic.

In addition, it emerges from a poll conducted by CNN that half of Americans who watched President Joe Biden’s speech to Congress had a very positive reaction to the speech, and 71% said they felt more optimistic about the country’s direction