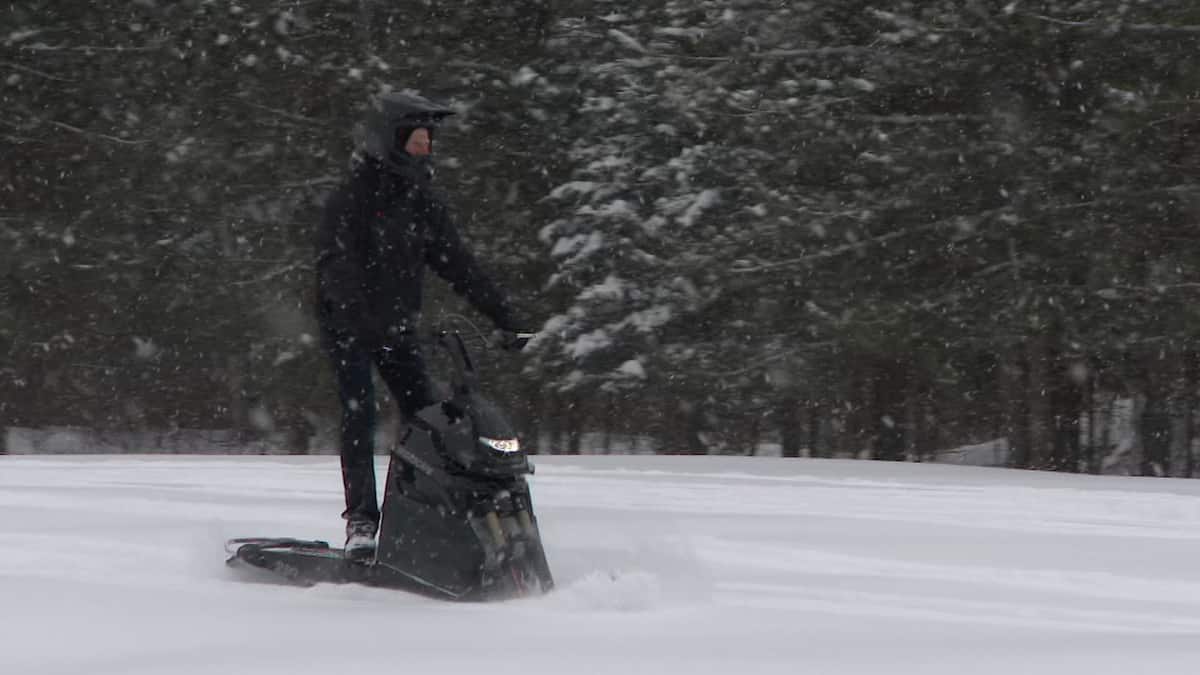 The designers, Alain Aubut and his son Frédérik, have teamed up with the regional company, Cycles Devinci, to develop this new kind of snowmobile, which is aimed at adventure and outdoor enthusiasts.

“It’s for motorsport enthusiasts. People who ride enduro motorcycles in the summer, or motocross, it’s really something super similar to “feeling” in the winter. It’s really aimed at an active, adventure-loving clientele,” explained Frédérik Aubut.

“It’s a vehicle that is off-road, which allows you to go in very deep snow… We have a feeling of freedom when we use this vehicle,” added the founding president of Cycles Devinci, Félix Gauthier. .

The idea of ​​the “Widescape” was born 20 years ago, in Alain Aubut’s garage in the Lac Kénogami sector, in Saguenay.

Mr. Aubut liked to tinker in his garage and wanted to please his son, Frédérik, who was 10 years old at the time.

«[Frédérik] descended the coast. But there, it had to be pulled up. I was tired of putting it back together. So there, we put a motor on it. My neighbors and I realized that it was pleasant. The rest of us were walking too. It wasn’t just him,” said Alain Aubut, laughing.

It was in 2002 that the president of Cycles Devinci discovered the invention of the Aubut family.

“On February 12, 2002, I went to Lac Kénogami. The first 10 minutes, I asked myself: what am I doing here? Finally, after about half an hour, I got comfortable on the vehicle. We went down small trails and I really got hooked,” recalls Félix Gauthier, who quickly saw the marketing potential.

Almost 20 years later, the product is no longer what it used to be. After years of work, testing and modifications, the “Widescape” was finally able to be unveiled and put on sale at a cost of approximately $8,000.

Its designers describe it as a light vehicle, easy to transport and economical. It can go up to 70 km/h.

“It tilts really easily, it’s light. Very light, at least half the weight of a snowmobile [conventionnelle]“, indicated Frédérik Aubut.

For the first year, 2500 units will be manufactured and are now available for pre-order.

The company plans to sell a total of 10,000 annually over the next five years.

“We manufacture in Asia. With the labor problems we are experiencing here in Quebec, it would not have helped us to do it here. We put all the effort and energy into the development of the product,” explained the president of Cycles Devinci.

He added that assembly takes place in Asia, but that approximately 98% of the vehicle’s parts were designed completely in Saguenay.

The company would also like to develop an electric model in the next few years.

Minneapolis votes to ‘replace’ its police, a year and a half after the death of George Floyd

Bethesda would develop a new license different from The Elder Scrolls, Fallout, DOOM and the others