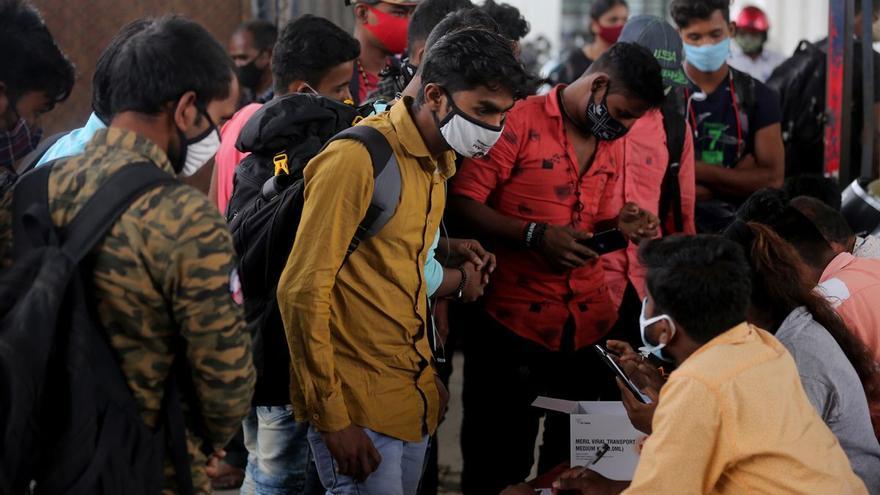 Citizens of Bangalore queue for a covid test on Monday.
EFE

In the middle of last year there was talk of indian mystery. The pandemic piled up corpses in the developed world while a country with a precarious health system, improvable hygiene habits, no prevention measures and 1,400 million inhabitants had only registered a thousand victims. Even abundant youth was not enough to explain it. A recent study has succeeded a year later: there is no other Indian exception than its accounting laziness.

The study finds that actual deaths could reach between 3 and 4.7 million compared to 414,000 officers. There has been no shortage of accounting shenanigans in the world or the undiagnosed deaths that escaped the statistics, but India has beaten the most alarmist projections. “The reality is catastrophically worse. It is tragically clear that many people, numbered in the millions and not hundreds of thousands, have died (…). greatest human tragedy since independence and partition “, stand the conclusions of the study prepared by Arvind Subramanian, the former chief economic adviser to the Government, and the Center for Global Development and Harvard University. In that dramatic episode, Hindus and Muslims killed each other without feeling after the British exit and the division between India and Pakistan.

Academics have used three methods. First, the data from the civil registration of births and deaths in seven provinces that contribute half of the national population. Second, the data from seroprevalencia together with the mortality rates global and without attending to that Indian exceptionality. And third, a survey on family economic consumption over almost a million people. The study admits that the separate methods are lacking and the amount provided “is vague” but is so far the cool more reliable on the ravages of the pandemic.

The conclusions modify the story. Until now it was thought that India emerged from the first wave with less damage than feared and was hopelessly sunk in the second by the hasty triumphalism of the Government of Narendra Modi, which lifted bans on sporting, religious and political events against common sense and the recommendations of medical experts. From those months are the images that shocked the world: the corpses burned on makeshift pyres, the overflowing hospitals, the sick dying from lack of oxygen reserves, the desperate searches on the black market for medicines … The study now concludes that the first wave was much more lethal despite media disinterest. Up to two million people could have died as the world turned the mystery of a mortality rate of 0.2% in contrast to the global 2%. “India was not a separate case,” the report concludes.

“After the first wave, which spread more than we thought, India believed that it had escaped the worst because of the deaths that were never counted. That led to a culture of complacency. But in the second wave, all those horrendous images that we saw ended up galvanizing society, “Subramanian explained.

The causes that explain the elephantiasic accounting errors are several but none more important than the ineptitude of the authorities and their rush to reopen the economy. Also influencing the precarious network of laboratories for analysis, especially in vast rural areas, and the stigma that silence advised. A study last July that measured antibodies in New Delhi already warned that the percentage of those infected was not the official 1% but 23%. Epidemiologists had predicted in recent months that national death figures could be five times the real ones, but no one glimpsed the real magnitude of the drama.