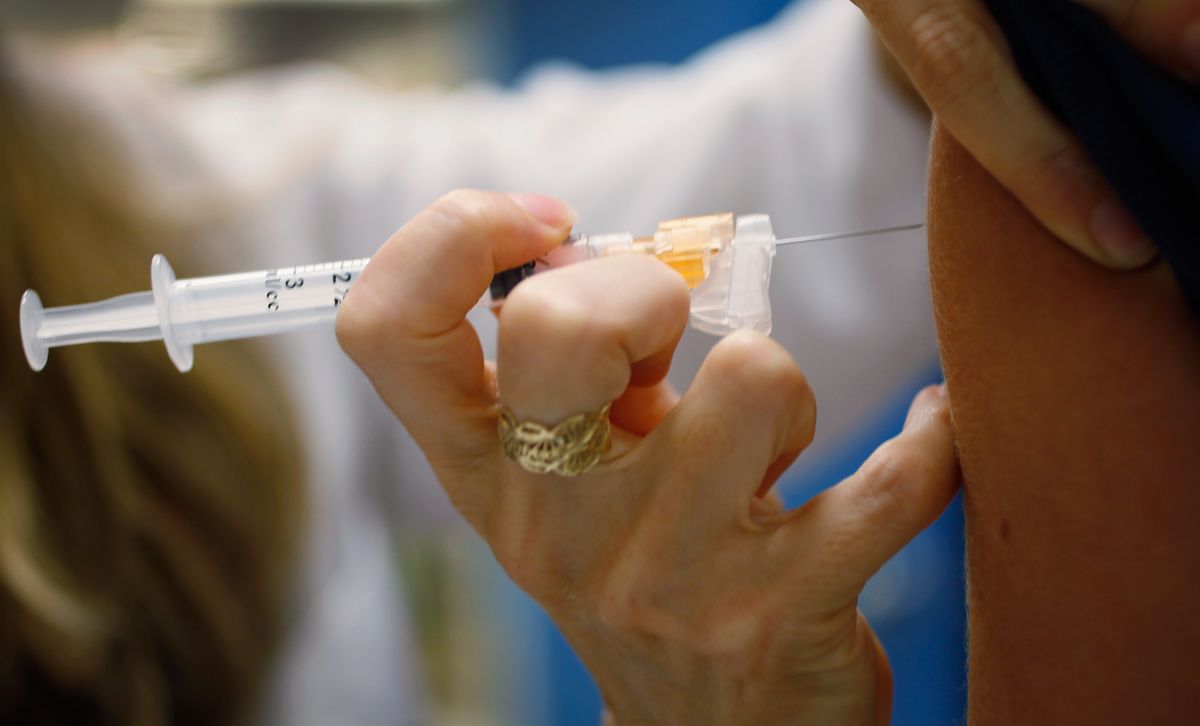 Jesús Díaz, a 61-year-old prediabetic, had waited months to get an appointment at a coronavirus vaccination site in the Rio Grande Valley region of Texas.

But when the undocumented Mexican immigrant came to the front of the line at the University of Texas vaccination clinic in the Rio Grande Valley last weekend, after a four-hour wait, uA staff member told him that he would not be vaccinated.

“The vaccines here are exclusively for US citizens and legal residents of this country,” Diaz told The Washington Post, a staff member told him. “We cannot help you. I’m very sorry, but these are the rules ”.

Proof of residency and citizenship is not required to receive a vaccine dose in Texas.

But even though Diaz knew it, he also feared that staff members might call immigration authorities if he caused a scene, so after a short discussion, he gave up his place in line and left unvaccinated.

“I felt so much shame and anger at the same time,” Diaz told The Washington Post. “I felt discriminated against, but I did not want to continue insisting.”

Diaz was not alone. At least 14 people have been mistakenly rejected from university vaccination sites due to their residency or immigration status, a university spokesperson told The Post, illustrating one of the many barriers undocumented Americans face in getting vaccinated.

Health experts say a flood of misinformation has targeted the undocumented community, who also faces persistent fears that authorities may verify his immigration status at clinics.

Among Latino immigrants, false claims about vaccines are spreading as fast as the virus.

See Also:  The surprising benefits of learning to breathe slower (and how to do it)

Since then, the university apologized for denying Diaz and other eligible patients doses of the vaccine, He added that his staff received incorrect instructions on how to interpret the state guide.

“We know that you expect better from us, and we deeply regret not maintaining our standard of excellence at a time when our community needs us most,” said John H. Krouse, dean of the university’s medical school, in a Statement from the Thursday.

>> Vaccinate the undocumented as well, the commitment of the Biden Administration

Undocumented immigrants do get turned down for vaccinations

The Joe Biden government has promised that Undocumented immigrants will have the same access to coronavirus vaccines as citizens or legal residents. He has also promised that the vaccination sites will be zones free from immigration control.

But some states have already contradicted the Biden administration’s position on the issue.

Last month, the Governor of Nebraska, Pete Ricketts, was criticized after saying that did not expect undocumented immigrants working in meat packing facilities to get vaccinated under the state program. Soon after, an aide to Ricketts clarified his comments by noting that athose without legal status would have to wait at the end of the line.

UT Health Rio Grande Valley, with a campus on the U.S.-Mexico border, was forced to apologize after Abraham Díaz tweeted on February 20 that his father was denied a vaccination because he was undocumented.

See Also:  Child with cerebral palsy has not received medication from his EPS for months | THE UNIVERSAL

His story sparked criticism of UTRGV on social media and a protest from La Unión Del Pueblo Entero, a community organization founded by civil rights leader Cesar Chavez, where Diaz is a staff member.

UT Health RGV said in a statement Thursday that “We are currently aware of approximately 14 people who were affected by our mistakes,” and all were being rescheduled.

“We know that you expect better from us, and we deeply regret not maintaining our standard of excellence at a time when our community needs us the most.” UT Health RGV said in the statement, which followed an initial tweeted response to Diaz and an apology Saturday that LUPE said was inappropriate.

Update 1: @utrgv clearly discriminated against my father bc of his immigration status. They’ve given 20k+ doses but imagine how many undocufolks were turned away. What my father wants wants a statement saying undocufolks will be getting vaccinated. https://t.co/S2ElmCWBva

But Diaz told The Post that he no longer wishes to return to that site after the humiliating episode.

“I really don’t want to go there,” he said. “I am ashamed to return. I want to find another option where the same thing won’t happen to me again.

Díaz said he hopes his experience can teach other undocumented immigrants that if they speak out against injustices, they have a chance to make a difference.

“Make your voice heard and don’t be afraid,” he said.