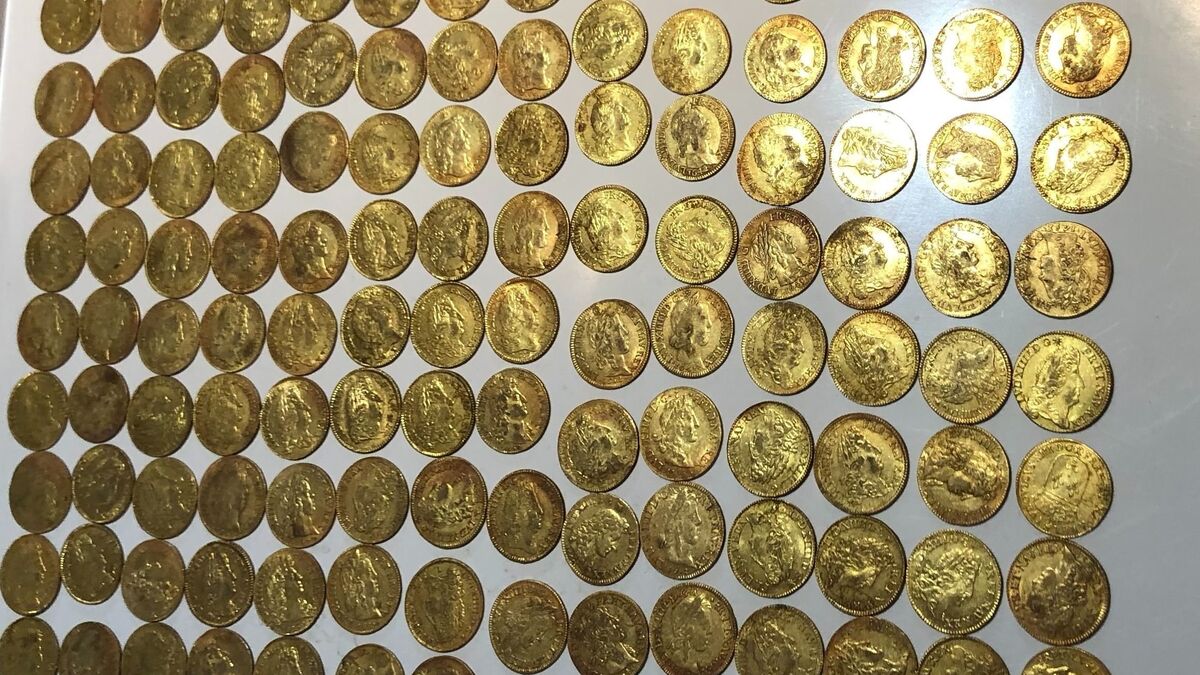 They hoped to finance the rest of the work and allow the artisans to start their business. They will be able to do much more. A treasure composed of 239 gold coins, minted during the reigns of Louis XIII and Louis XIV, and discovered during work in a manor in Finistère, was auctioned for more than one million euros during a sale at the Maison Ivoire Angers / Deloys this Wednesday.

According to the auction house, a total of 235 pieces were sold out of the 239 finds, while four pieces were kept by the owners as a souvenir. The total result of the sale is over one million euros, said Maison Ivoire, adding that the auction reached 830,000 euros excluding fees, with the auction house earning around 20% on each sale.

The parts “were estimated in full at 250,000/300,000 euros,” recalls the Angevin auction house. Before the sale, nineteen of them had been pre-empted by the Musée de la Monnaie in Paris. During the sale, which started at 2 p.m., each piece was sold individually. Among the most notable sales, a “Louis d’Or à la Croix de Templiers” from 1640, minted in Paris. Listed for 8,000 euros, it went for 46,000 euros.

Coins in a metal box, inside a wall

“A double Louis with a long wick” from 1646, minted in Dijon, with the distinction of being listed in only 120 copies, and put on sale at 8,000 euros, also sold for 46,000 euros. “The auctions were everywhere, indoors, on the Internet and on the phone,” commented Florian d’Oysonville, auctioneer at Deloys Angers, quoted in a press release.

Among the other coins that went on sale between 600 and 2,900 euros, several coins were also auctioned at 1,200 euros. The discovery of this treasure of 239 gold pieces, unearthed in 2019 during work in a mansion in the heart of the Bigouden country in Plozévet (Finistère), was revealed in early September.

A couple, deciding to restore the mansion they had acquired in 2012 and to combine the three buildings of the property into one, had entrusted the work to stonemasons: three craftsmen had then discovered, inside the ‘a wall, a metal box filled with gold coins.

This treasure “is considered to be the result of savings no doubt from a wealthy merchant or farmer”, explained Florian d’Oysonville on September 2. The proceeds of the sale will be divided in two, half for the three craftsmen who discovered the treasure, half for the owners, according to the law in force in France until July 2016.