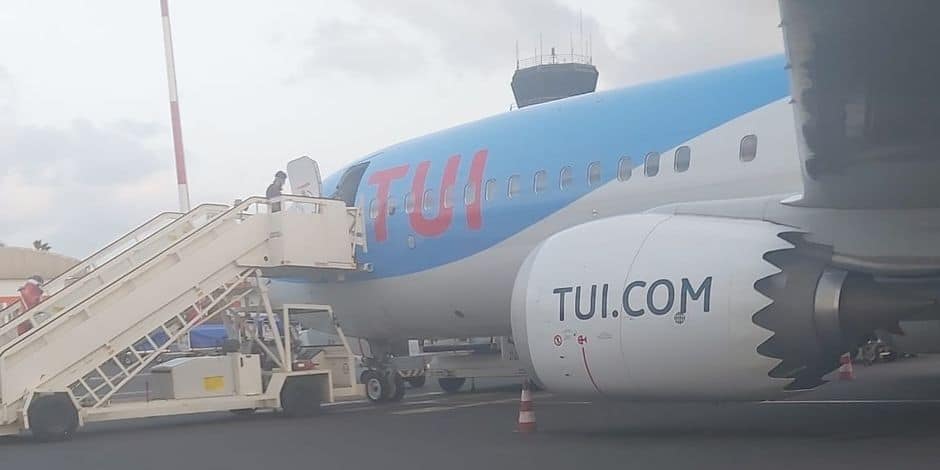 The plane, a Boeing 737 Max 8, was to bring back tourists, mostly Belgians, after the stay on the island. Several relate that while they were on board, a man, apparently armed with a screwdriver, emerged from a hatch. The individual was quickly subdued by a plainclothes security guard who was among the passengers, and was “disembarked manu militari”. According to passengers contacted at Amilcar Cabral airport, “we were instructed to leave the aircraft, and we have been waiting ever since.” The passengers were subjected to a security search. They had boarded the TUI flight at 1:30 p.m. local time and take-off was scheduled for around 2:15 p.m. (4:15 p.m. in Belgium). At 8 p.m., the flight was still on hold. According to sources, the individual “armed with the screwdriver” boarded at Brussels Airport. Passengers contacted at Amilcar Cabral airport assume that there would therefore necessarily have been “vulnerabilities in security at Brussels Airport”. The individual, whose state of health does not inspire concern, despite the uncomfortable conditions of his outward flight, despite the conditions of the Brussels/Cape Verde flight, would be put on board a next flight to from Belgium. Around 8:30 p.m., passengers stranded since the afternoon were invited to board. The TUI flight would arrive in Brussels tonight around 2am.

According to passengers, the individual was hanging upside down from this hatch when he was caught: