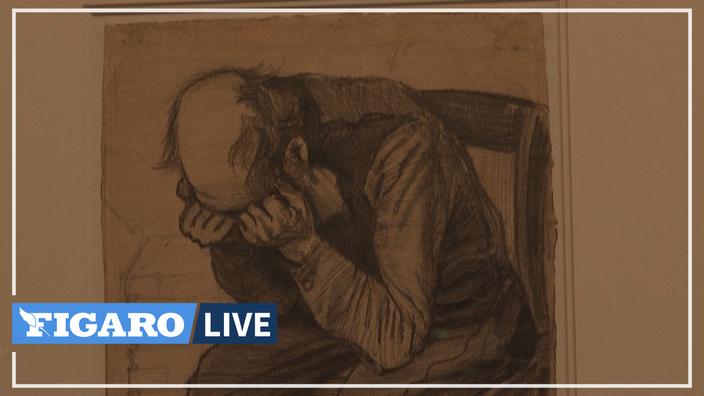 The drawing, a small pencil study made in November 1882 entitled Study for A Worn-Out Peasant was discovered in a private Dutch collection where it had been kept for over a hundred years. It will be available to the public until January 2.

A Worn and Sad Old Man: A drawing by painter Vincent Van Gogh found in a private Dutch collection where it had been kept for over a hundred years was first shown to the public on Thursday at the Van Gogh Museum in Amsterdam.

Read alsoFor more than 130 years, this bookmark designed by Vincent Van Gogh had been slipped into a book

«This is the first time that this drawing has come to light. He had never been exposed anywhere“, Welcomed to AFP a specialist in the museum, Teio Meedendorp. “It comes from a private Dutch collection where it has remained for a very long time and this is the very first time that it can be seen“, he added. This is a small pencil study made in November 1882, Study for A Worn-Out Peasant, in the Dutch period of its beginnings, less known but which arouses a growing interest. It represents an old vaulted peasant seated on a wooden chair, holding his head with both hands. The museum already had another similar drawing in its collections, under the title of Worn-out peasant.

The owners of the drawing, a Dutch family who bought it in 1910, asked the museum to authenticate it after a call made to private collectors to enrich the digital database and the museum’s inventory. Experts then confirmed that it was indeed a new work to be recorded in the assets of Van Gogh, an event “quite rare», According to the director of the museum, Emilie Gordenker. “We are proud to share this early drawing and its history with our visitorsShe added. The drawing will be visible until January 2, after which it will return to the family who loaned it and who preferred to remain anonymous. Thanks to the letters sent by Van Gogh to his beloved brother Theo, experts suspected that there had been a second version of the Worn-out Peasant but without knowing if this drawing still existed. Finding out was “a total surprise” and “a stroke of luck», soulig M. Meedendorp.

These two drawings are part of a series of “hundreds and hundredsFrom sketches made by Van Gogh when he lived in The Hague and was training as an art dealer. The investigation to authenticate the design was made easier by the fact that it had never left the fold of the same family, passing from one generation to the next, having been purchased from a known collector, Henk Bremmer. The quality of the paper, the type of carpenter’s pencil and even the characteristic traces of the way the artist hung his paper on his drawing table provided additional evidence.

The Van Gogh Museum also houses a famous lithograph in the same vein, called The Door of Eternity or Old Man in Sorrow. He even knows the identity of the pensioner represented in the drawing, Jacobus Zuyderland, then 72 years old, and who ultimately lived older than the artist, who committed suicide in 1890 at the age of 37.