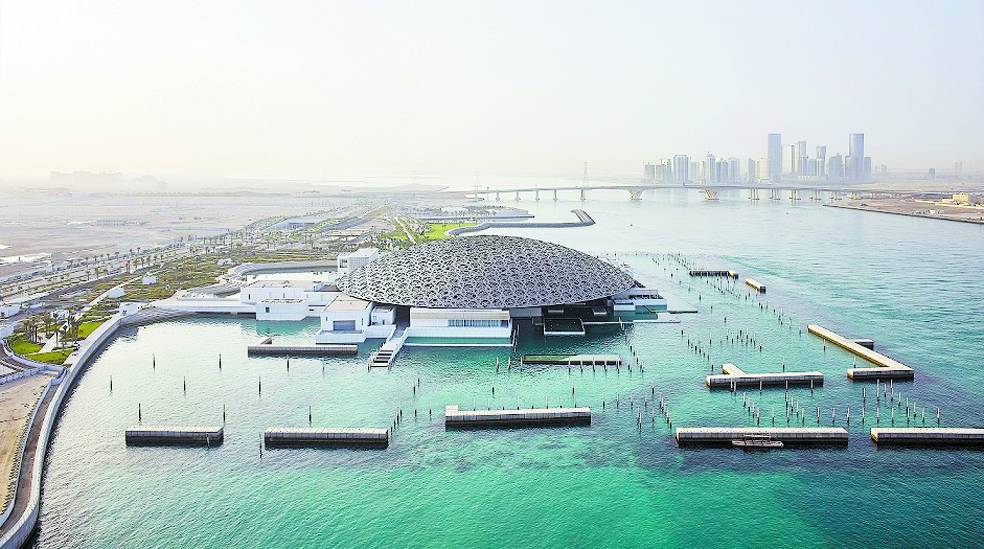 Within the framework of the Abu Dhabi government’s vision to accelerate the growth of the cultural and creative industries through an investment strategy worth more than 30 billion dirhams, the Department of Culture and Tourism – Abu Dhabi supervises all disciplines under the sector’s umbrella to enhance its position in this field.

The cultural and creative industries are key drivers of economic and social growth and diversification in Abu Dhabi. These industries are also among the fastest growing sectors in the world, generating global revenues estimated at $2.25 billion annually and providing 30 million jobs, and their contribution is expected to reach 10% of global GDP.

Studies indicate that the cultural and creative industries – in addition to their rapid growth – are characterized by a high level of resilience and adaptability in the face of fluctuating economic conditions. With the world currently recovering from the repercussions of the Covid-19 pandemic, the high-value services and products of this sector can contribute to stimulating new economic growth that takes into account environmental considerations and is based on new knowledge and technology.

To take advantage of this growth, Abu Dhabi has made significant strategic investments to establish thriving cultural and creative industries, and the total value of planned investments in this sector exceeds 30 billion dirhams.

Over the past five years, 8.5 billion dirhams have been allocated to support the sector in the emirate, including major projects such as the “Yas Creative District” and the Saadiyat Cultural District, as well as intangible infrastructure initiatives such as the Creative Visa Program that was announced at the time. earlier this year. The program provides sustainable job opportunities in Abu Dhabi by enabling creative talents from all over the world to live and work in the UAE, which enhances the creative scene in the emirate.

An additional investment of 22 billion dirhams is expected to be allocated to the sector over the next five years, in an effort to support and develop cultural institutions, especially new museums, including the Guggenheim Abu Dhabi, Zayed National Museum, and other museums under construction and development. The performing arts, music, media and electronic games sector in the emirate is also witnessing more investment in a variety of programs and initiatives.

The department gathers all cultural and creative industries under one umbrella by adding new sectors to its list of powers, such as films, television, games and electronic sports, to the current sectors, namely heritage, handicrafts, design, publishing, performing arts, and plastic arts, in order to ensure synergy between all fields. main for these industries.

As the department assumes supervision of the creative and cultural industries and continues to invest in them, the sector will continue its rapid growth, supporting the creation of a unified creative system across the public and private sectors.

He continued, “By bringing together the cultural and creative industries under one umbrella, the department will be able to achieve synergy and harmony between the culture, tourism and creativity sectors in the emirate, in addition to consolidating Abu Dhabi’s position as a destination rich with advanced facilities, distinguished talents, and sustainable opportunities.”

He added: “We consider the cultural and creative industries to be a powerful driver of economic diversification in Abu Dhabi and basic pillars of its identity, and the emirate’s leadership will work to advance all areas of this sector beyond the borders of the emirate and into global communities.”

For his part, Saud Al Hosani, Undersecretary of the Department, said: “The creative and cultural industries make a significant contribution to the economy locally and globally. Today, Abu Dhabi provides more than 20,000 sustainable jobs in this sector, and we expect this number to rise significantly in the coming years. In addition, the comprehensive strategy launched by the Department of Culture and Tourism – Abu Dhabi for a period of five years to continue the previous successes of the Emirate in this field, is now witnessing the inclusion of the diverse and interrelated sectors within one structure. This will contribute to accelerating job creation, which will allow individuals and companies new horizons of economic and professional prosperity.”

The Abu Dhabi Cultural and Creative Industries Strategy, which was launched by the department in cooperation with its main partners, seeks to establish best practices and preserve the distinctive features of the emirate. Stemming from its quest to create a sustainable innovation system, the strategy works to achieve its objectives in all areas of the sector within the framework of five main pillars: policies and regulations, talent cultivation and professional development, innovation and digitization, business support, and quality of life. The strategy includes more than 16 strategic programs and 800 initiatives, some of which were previously launched, and the rest will be implemented during the next five years.

The department is concerned with managing and constantly developing the cultural and creative industries sector in the capital, having previously succeeded in launching major cultural projects such as the Louvre Abu Dhabi and Qasr Al Hosn; It is also working on several mega future projects such as the Guggenheim Abu Dhabi, Zayed National Museum, and the Abrahamic Family House, all within the framework of the Saadiyat Cultural District.

The department is responsible for protecting and improving the emirate’s rich cultural heritage; From the historical sites in Al Ain, which are included in the UNESCO World Heritage List, to the newer heritage buildings, in addition to preserving the intangible cultural practices that are an essential component of the Emirati identity.

For its part, the Abu Dhabi Center for the Arabic Language of the Department plays an important supportive role for the Arabic language through the establishment of many related programs and events; Such as the Sheikh Zayed Book Award and the Abu Dhabi International Book Fair. The center also works to build relationships and partnerships with internationally reputable institutions such as Columbia University.

The unification of the creative and cultural industries under the umbrella of the department confirms their importance and role as a catalyst and supporter of the sector that oversees all areas of culture, multimedia and games, and is mandated to create a rich sustainable environment that stimulates the growth and prosperity of the entire cultural and creative sector.

As part of its efforts to support this growth, the department has added a new sector to its work fields that oversees the creative industries in the Emirate of Abu Dhabi and the Creative Visa Program, which provides sustainable job opportunities in Abu Dhabi by allowing creative talents from all over the world to live and work in the UAE.