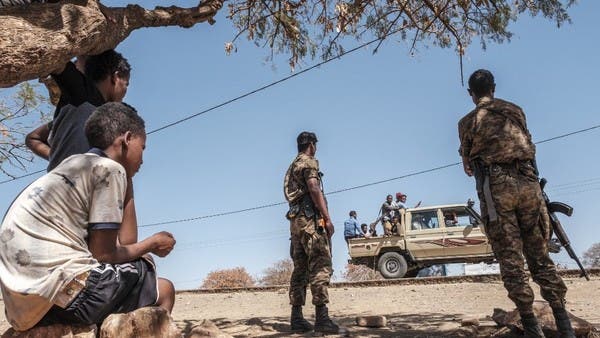 Today, Tuesday, the Ethiopian army spokesman, Brigadier Gitnet Adana, denied the accusations Sudanese armed forces On the incident of the execution of Sudanese forces soldiers, he said that these accusations are unfounded.

He stressed that “the step taken by Sudan was made in a way that is not commensurate with the historical friendship between the two countries, especially since the Sudanese armed forces have been causing harassment to Ethiopia at different times.”

He also pointed out that “the army is able to protect the borders and sovereignty of Ethiopia’s territory, and is ready to work with a committee that includes representatives of the armed forces of the two countries to investigate the attack.”

The official spokesman for the Sudanese armed forces, Brigadier General Nabil Abdullah, accused the Ethiopian army of executing seven Sudanese soldiers and a citizen who were prisoners of it, and then presenting the victims to their citizens.

While the Sudanese Sovereignty Council condemned the execution of the soldiers, considering what happened contrary to all norms and laws, and demanded the Ethiopian government to hold the perpetrators accountable.

After a visit to the Al-Fashqa area, the Chairman of the Transitional Sovereignty Council, Commander-in-Chief of the Sudanese Armed Forces, Lieutenant General Abdel Fattah Al-Burhan, said that “the response will be a tangible reality on the ground.”

Sudanese government sources said late yesterday that Khartoum had submitted a complaint to the Security Council about the incident.

It is noteworthy that tension between Sudan and Ethiopia has escalated in recent years due to Ethiopia’s construction of a giant hydroelectric dam on the Blue Nile, which raises fears of Sudan and Egypt about its impact on the main water supply.

The conflict in Ethiopia’s Tigray region has also driven tens of thousands of refugees across the border into eastern Sudan.

Phantom Club’s latest work “Room Girl” is free to download the corner pinching experience version, and it is scheduled to be listed at the end of September | 4Gamers