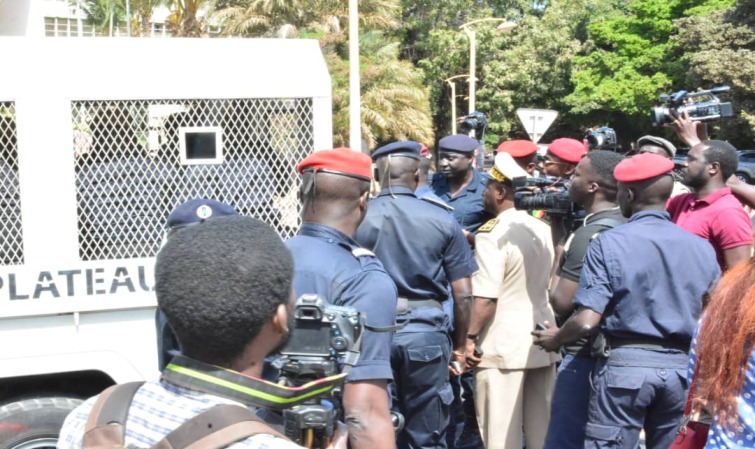 “The National Police would like to point out that it is within the framework of the activities of the Departmental Committee for the Protection of the Child (CDPE), that operations to remove children from the street were carried out on Thursday, January 28, 2021, in the sectors of the Medina, Dieupeul, Grand-Dakar, Colobane and Point E. The objective is to protect children from the risks of contamination with Covid-19 and to ensure them access to education and health, ”one explains in the press release.

The document also mentions that in this respect “and in accordance with the procedure, the National Police, through the Morals and Minors Brigade of the Urban Security, provided assistance to the actors involved in these operations. Therefore, continuing their mission in the Grand Dakar sector, two individuals presented themselves to the elements of the Police to vigorously oppose the operation and order the children to ransack the bus chartered by the Ministry in charge of the Protection of the Child for the needs of the said operation ”.

According to the police, this obstruction of the work of the Police led to the arrest of one of the recalcitrant, who was taken to the Grand-Dakar police station, before being released a few minutes later. This is why, it is stated in the document: “We would like to refute these unfounded allegations, in view of the serious accusations made against the National Police and the State of Senegal, which in any way cannot be behind a cabal against the “daaras” and the Koranic masters.

Indeed, the police recalled that the mission carried out within the framework of the activities of the CDPE does not target Koranic schools. But, it is rather a question of removing children from the streets and ensuring them a safe return to their respective homes, alongside their parents. Likewise, she recalls being at the service of all Senegalese without any distinction and will continue as always to carry out her sovereign missions in accordance with the law and the rights of citizens.