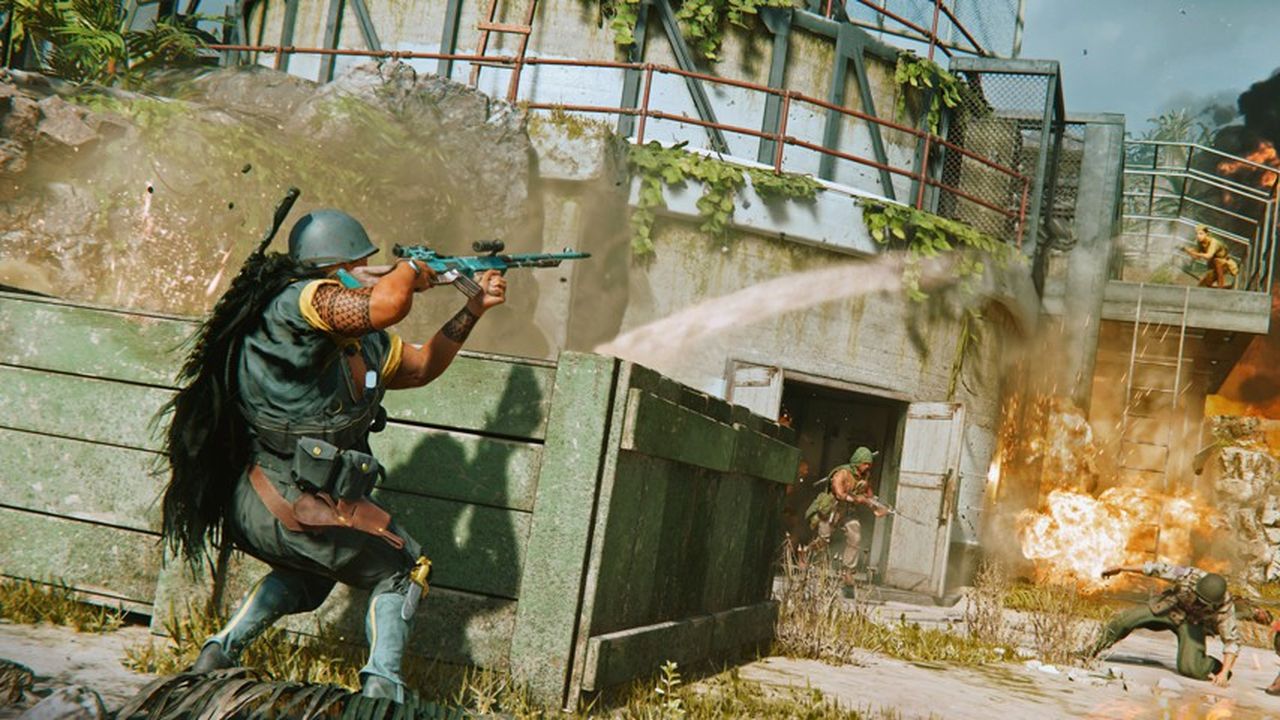 Tech giants are known to have stomachs. But it’s still quite a piece that will have to ingest Microsoft with the acquisition of Activision Blizzard for nearly 70 billion dollars. From a strictly business point of view, the Redmond group gets its hands on a war machine: Activision Blizzard is the world’s leading publisher of high-end video games for home consoles and PCs.

A leading position that the group acquired in 2008 during the nearly $19 billion merger between Vivendi Games and Activision, which gave birth to Activision Blizzard. This number one status on consoles and PC has in no way prevented it from also being deployed on mobile. In the mid-2010s, the group bought the candy from “Candy Crush” for nearly $6 billion. He also managed to successfully switch his flagship Call of Duty license to smartphones and tablets. As a result, mobile accounted for 40% of its revenues in the third quarter of 2021.

Candy Crush, Call of Duty, World of Warcraft: these franchises are Activision’s winning streak today. This trio accounted for 76% of the company’s revenue in 2020, during which it generated more than $8 billion in revenue. That is more than 100% growth compared to when Activision Blizzard was created in 2008. Over the financial year that has just ended, the American publisher should approach the milestone of 9 billion in turnover, its record historical.

But by acquiring Activision Blizzard, Microsoft will not only inherit a cash machine and a catalog of games capable of strengthening its Game Pass subscription offer. For several months, the American publisher has been in the eye of the storm. In question ? Repeated scandals relating to discrimination and sexual harassment. This led in particular to legal proceedings as well as several demonstrations by group employees.

In response, Activision Blizzard has terminated nearly forty employees since July for inappropriate sexual behavior, and around forty others have been subject to disciplinary proceedings, revealed, Monday, the “Wall Street Journal” . In early August, the publisher announced the departure of Allen Brack, the head of the Blizzard Entertainment subsidiary and creator of Call of Duty, accused in particular of having turned a blind eye to accusations of sexual harassment.

Another big name from Activision Blizzard has been in trouble for a few weeks: the CEO himself, Bobby Kotick. He had been aware of these practices for years and would have sought to cover up several cases, supported, in November, the “Wall Street Journal”.

In all, nearly 20% of Activision Blizzard’s 9,500 employees have since signed a petition demanding the departure of Bobby Kotick. But the one who embodies the group since the merger of 2008 and even more (he initially entered the capital of Activision in 1992) clings to his post.

Will it be the same after the takeover of Microsoft, whose boss of the video game subsidiary, Phil Spencer, recently declared – in an internal email revealed by “Bloomberg” -, “disturbed and deeply troubled by events” at Activision Blizzard? “Botty Kotick will continue to officiate as CEO of Activision Blizzard”, can we read in the press release on Tuesday, where it is specified that Phil Spencer will be his N+1. There is no doubt that Microsoft will have to handle this very thorny issue with the greatest care.

“Who steals the show from me?”: Anke Engelke grabs the show