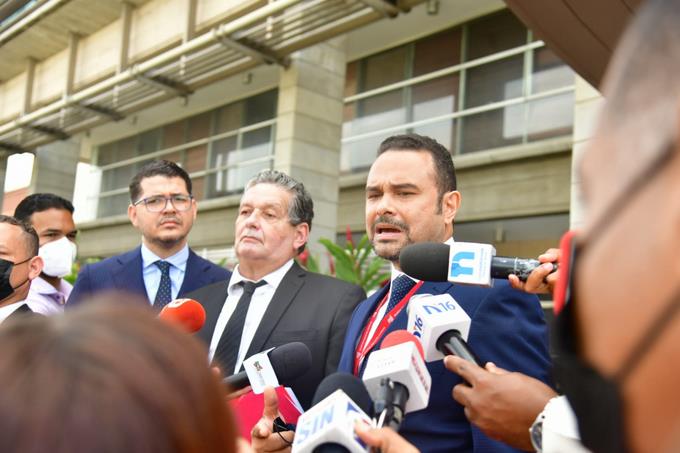 The attorneys for Major General Adán Cáceres Silvestre requested that the coordinator of the New Penitentiary Model, Hilda Patricia Lagombra Polanco, be suspended from her duties due to “constant violations to impede the exercise of the legitimate defense of her client.”

The lawyers affirmed that it is “impossible” for them to meet with their client, claiming obstacles that he puts into practice in prison.

In that sense, they commented that they had an appointment with Cáceres Silvestre scheduled for July 19 at 3:00 in the afternoon, signed and authorized by the coordinator of the New Penitentiary Model and that when they waited a few hours outside the enclosure they were informed that no it could be done.

In an instance addressed to the attorney general, Miriam Germán Brito, they demanded to apply disciplinary sanctions against the executors dedicated to preventing the exercise of the defendant’s right to defense, as well as the immediate suspension of the alleged “illegal practices” allegedly executed against Adán Cáceres for parts of the authorities of the Najayo Men Correctional Center.

On the other hand, they denounced that a person with the surname “Popoter” tried to interrogate his client without the presence of his lawyers and without explaining its purpose and that this has happened on other occasions.

Cáceres is accused of leading a network of administrative corruption, in the so-called choral operation, which according to the Public Ministry comprises a military, police, corporate and religious network that acted to the detriment of the Dominican State.

He is attributed with committing crimes, along with 5 other people, of association of criminals, fraud against the Dominican State, coalition of officials, falsification of public documents, money laundering, and others.