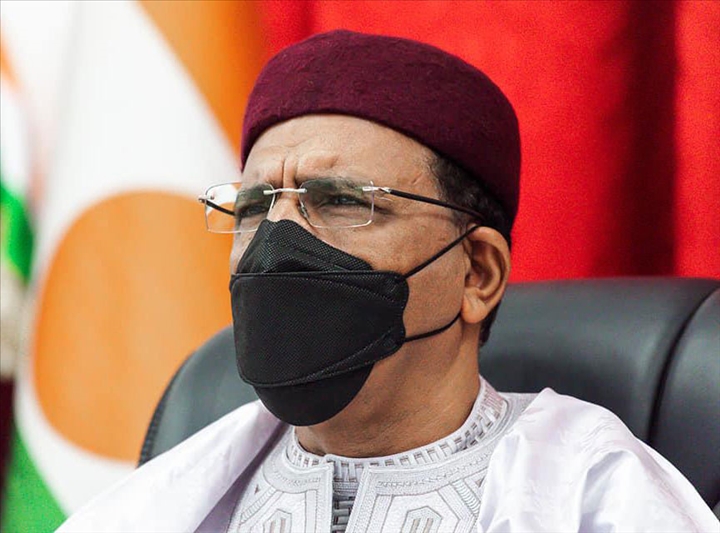 The President of the Republic, Head of State, SEM. Mohamed Bazoum, took part, last Tuesday by videoconference, in a high-level meeting on HIV / AIDS at the United Nations General Assembly. On the occasion of his very first address to the UN General Assembly, President Mohamed Bazoum joined his voice to those of other leaders around the world to advocate for a reduction in new HIV infections, as well as AIDS-related deaths. (Read the full speech given by the Head of State below)

“Mr. President of the General Assembly,

Dear Colleagues and Heads of Delegations,

In forty (40) years of existence, HIV / AIDS has inflicted on humanity a socio-economic setback of great magnitude. Niger, like other countries, has been confronted with this pandemic.

Despite government initiatives, people living with AIDS continue to face discrimination in various forms. That is why my country is part of the UNAIDS strategy which intends to combat discrimination in all its forms and in all places.

The need for more than 21,330 infected people was covered with antiretroviral treatment in 2020, or 65%, and continuing care was provided at 132 treatment sites. The capacities of medical and paramedical staff on screening and treatment have been strengthened, civil society, associations and networks of people living with HIV have been involved. Also, the laboratories of national, regional and district hospitals have been equipped with platforms or machines to screen children early for HIV and to measure viral load.

Despite these encouraging results, much remains to be done so that Niger can honor the international commitments to which it has subscribed, aimed at eliminating HIV by 2030 and adopting the various UNAIDS strategies, in particular the three 90 “Test and treat” applied to children under 5, pregnant women, tuberculosis patients, key populations. Mother-to-child transmission of HIV as well as pediatric HIV treatment are among the challenges that Niger is working to meet.

All these efforts benefited from the support of the State but also, and above all, of its Technical and Financial Partners, which made the products available and the care free.

This is the place to salute and congratulate the Executive Director of UNAIDS and her team for their tireless efforts and their commitment to support our countries in the fight against HIV.

In Niger, people living with HIV have received, thanks to the Government’s commitment, a multi-monthly allocation of antiretroviral treatment in order to limit the movement of patients and therefore to limit the risks of exposure to COVID-19.

To conclude, I would like to pay a vibrant tribute to the Civil Society Organizations, to NGOs engaged in the fight against HIV / AIDS, to Technical and Financial Partners, to the media for their unwavering commitment to enable populations to benefit. health service and people living with HIV to get the treatment they need.

The fight against the COVID-19 pandemic, which continues to have serious repercussions on our health systems and our economies, as well as against HIV / AIDS, reminds us of how urgent it is, in the face of global challenges, that we act in a coordinated manner, on the basis of reinvigorated multilateralism, to find lasting solutions.