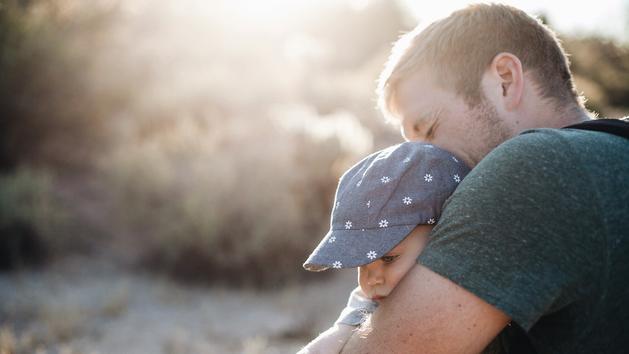 On the internet, petitions and testimonies in favor of an extension of paternity leave have been blooming for several months. True will of the fathers, the measure is in the pipes of the government which has already mentioned it on several occasions, without advancing on a date. Cautiously too, Adrien Taquet has positioned himself in favor of a reform of this leave currently limited to 11 days (supplemented by three days of birth leave financed by the employer). Too short a period for the Secretary of State for Children and Families: “One of the hypotheses on which we are working is indeed to double the current leave and go to one month», He declared on July 28 on France Info.

Already last June, Marlène Schiappa had spoken out in favor of this extension which would place France in the lineage of its European neighbors. In Spain, it is 8 weeks and will increase to 16 weeks in 2021. In Portugal, it lasts 5 weeks. The countries of northern Europe also have a more incentive-based policy in this area, such as Norway where both parents each benefit from 10 weeks and 26 weeks of parental leave that they can share as they see fit. seems.

Among the French, the idea has therefore also gained ground, especially among the youngest: “63% of 18-24 year oldsWant an extension, according to the figures quoted by The world in a column of the collective Pour une parentité feministe published in June 2019. And “A third of those under 35 are in favor of this right being guaranteed, in order to become accessible to all workers, especially the most vulnerable”. Currently, 7 out of 10 fathers take their paternity leave. A figure that drops to 48% among fixed-term contracts. For the most precarious, temporary workers or employees on short contracts, the fear of not being renewed can slow down any desire to be absent. “There are also employees who do not take it because they do not feel legitimate, particularly when they work in very masculine professional environments where it is not done ”, analysis Hélène Périvier, economist at the French Observatory of Economic Conjunctures at Science Po (Ofce). “For a father, taking this type of leave is not without repercussions and consequences on his level of remuneration but also on his link to the company where he could be criticized in an often insidious way for having taken it.», Adds Jacques Elyez, member of the Confederal Directorate of the CGT.

Should it be made compulsory? A possibility considered by Adrien Taquet as he said on Franceinfo “I am quite convinced, having also discussed it with my Swedish and Finnish counterparts, that making it compulsory has a decisive side». Contacted by Le Figaro, the office of the Secretary of State specifies that this obligation, if it were established, would in reality take the form of a “strong incentive»With a minimum of days to be taken by the parent, a minimum period below which the latter would not be compensated.

Insufficient, according to the CGT. “The strong incentive has its limits while the obligation frees the employee. The question of whether or not to take this leave no longer arises when it becomes compulsory.“, Argues Jacques Elyez. Hélène Périvier is also in favor, first of all for the sake of equality with women to whom eight weeks of maternity leave is imposed upon the birth of the child. “It is compulsory for them for reasons of public health, but the presence of the father for the well-being of the child and so that he finds his place in his family can also be seen as a matter of public health.», She argues. The economist also recalls that if maternity leave has been made compulsory, it is to avoid pressure on mothers from their employer. So it could be the same for fathers.

Among employers, the idea of ​​imposing this paternity leave is not without causing some reluctance. “Basically, extending paternity leave is a progressive measure and the CPME is in favor of it.», Assures Sophie Iborra, vice president of the national CPME (Confederation of small and medium-sized enterprises), in charge of the place of women in the economy. But should it really be made mandatory ?, she wonders, stressing that the current economic crisis which has hit very hard small businesses and SMEs is not conducive to new obligations for business leaders. They are also worried about these absences that will have to be replaced. “Imagine a seasonal restaurateur if, in the middle of summer, his chef becomes a dad and tells him that he will be away in August. If we do not anticipate it, the restaurateur will find himself with difficulties in recruiting and training», Explains Sophie Iborra. However, the law requires the employee to inform his employer at least one month in advance.

Another concern remains: who will pay? “If we ask, in a period of Covid, that companies once again participate financially in this measure, that may raise concerns», Underlines the CPME. Currently, paternity leave is covered by social security, which pays a daily allowance capped at 89.03 euros per day. According to collective agreements, the company can make up the difference with the initial salary but there is no obligation. This package represents a certain shortfall for fathers earning beyond this amount, underlines Chantal Huet, general secretary of Family from France : «This can be a brake, this amount must be revalued“Asks the association which is, in this sense, not favorable to an obligation:”This means that the family budget will be restricted for dads receiving more than the amount paid by social security. We can’t cut the family budget“. An argument swept aside by Hélène Périvier: “Often the argument is put forward that fathers will lose money but this is not an admissible argument because women also lose money during the 8 weeks of compulsory maternity leave.».

Some large companies have chosen to compensate themselves for extended parental leave for their employees. This is particularly the case with the Avia insurance group which, since 2017, offers women and men the opportunity to take paid parental leave of 10 weeks during the six months following the birth of the child. Likewise, in November 2019, the Kering group announced the introduction of “baby leave” allowing all group employees around the world to benefit, at “Minimum, 14 weeks paid at 100% for their maternity, paternity, adoption, or partner leave”, within six months of the birth or adoption. A luxury that not all businesses can afford.

On the government side, a revaluation of paternity or maternity leave is not on the agenda. In 2018, Emmanuel Macron had also refused an increase in allowances paid during parental leave. The latter, lasting a maximum of one year, can be taken by the father or mother during the first three years of the child’s life. During this period, parents do not receive their salary but can claim assistance from the Family Allowances Fund (CAF) of around 400 euros. In 2018, the European Union thus attempted to establish a minimum paid to beneficiaries of parental leave, through its European “private life-professional life” directive. A much higher sum than that currently paid by France. “It’s a great idea which can be very expensive and end up being unsustainable”, retorted the president, sweeping the measure with the back of his hand.

Thunderstorms and heat peaks on this day of crossroads

Florida on alert for the course of cyclone Isaías – CNN