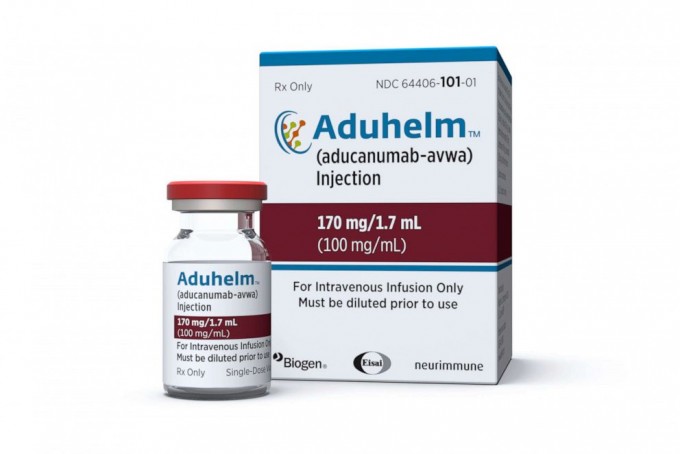 Aducanumab, the first Alzheimer’s treatment drug approved by the U.S. Food and Drug Administration (FDA) in June, has been embroiled in controversy over its efficacy. Immediately after approval, questions about efficacy continue to be raised in leading academic journals such as the Journal of the American Medical Association (JAMA), the British Medical Journal (BMJ) in July, and the New England Journal of Medicine (NEJM), a medical journal on August 27. Experts point out not only efficacy, but also side effects and high price.

Aducanumab is the first Alzheimer’s treatment drug jointly developed by Biogen, an American multinational life science company, and Eisai, a Japanese pharmaceutical company. While existing treatments only treat symptoms such as anxiety, insomnia, and memory loss, aducanumab received attention in clinical trials in that it was effective in slowing the rate of cognitive decline. The principle is that the antibody in the treatment removes ‘beta-amyloid’, a protein deposit that is considered the cause of Alzheimer’s, and prevents brain cells from being destroyed. As it is the first Alzheimer’s treatment, patients have high expectations. In the United States, interest is high enough to raise sales of about $2 million (about 2.3 billion won) in the two weeks after approval of aducanumab.

Controversy over the efficacy of aducanumab is partly caused by the developer. Biogen announced that it had stopped developing aducanumab in March 2019, saying it did not show efficacy after conducting two phase 3 clinical trials. Then, suddenly, in October of the same year, a reanalysis of one phase 3 clinical trial resulted in confusion by announcing that it had the effect of delaying the decline in memory, thinking ability, and ability to perform daily activities by 22%. “We obtained FDA approval by analyzing the same data differently,” said Son Yu-ri, head of neurology at Seoul Bumin Hospital.

“The debate about the role of beta-amyloid in Alzheimer’s disease is still very controversial,” the BMJ said. He also commented

Side effects are also raised. An immune response to the antibody can cause inflammation or swelling in the brain. “Headache, dizziness, dizziness, and vomiting may occur,” said Sohn. For this reason, the US FDA also approved it on condition that it conducts a phase 4 clinical trial to confirm efficacy and safety after marketing. After the approval, the advisory committee members protested against the decision and resigned in large numbers.

It is also criticized for being expensive. Aducanumab is recommended to be administered by injection every 4 weeks. A single dose costs $4321. If you take it for a year, you need $56,000 (about 62.3 million won). It is a treatment for mild patients, and it is burdensome in that it has to be taken continuously like an AIDS treatment. Periodic positron tomography (PET) or magnetic resonance imaging (MRI) examination costs are also required to confirm the occurrence of side effects and to select a treatment target. Han Seol-hee, a professor of neurology at Konkuk University Hospital, said, “There will be a serious cost problem.

As it is the first Alzheimer’s treatment, patients have high expectations. A Korean patient who received an early diagnosis of Alzheimer’s said, “I want to use a treatment as soon as possible.” Approval of aducanumab in Korea is expected in the second half of next year.