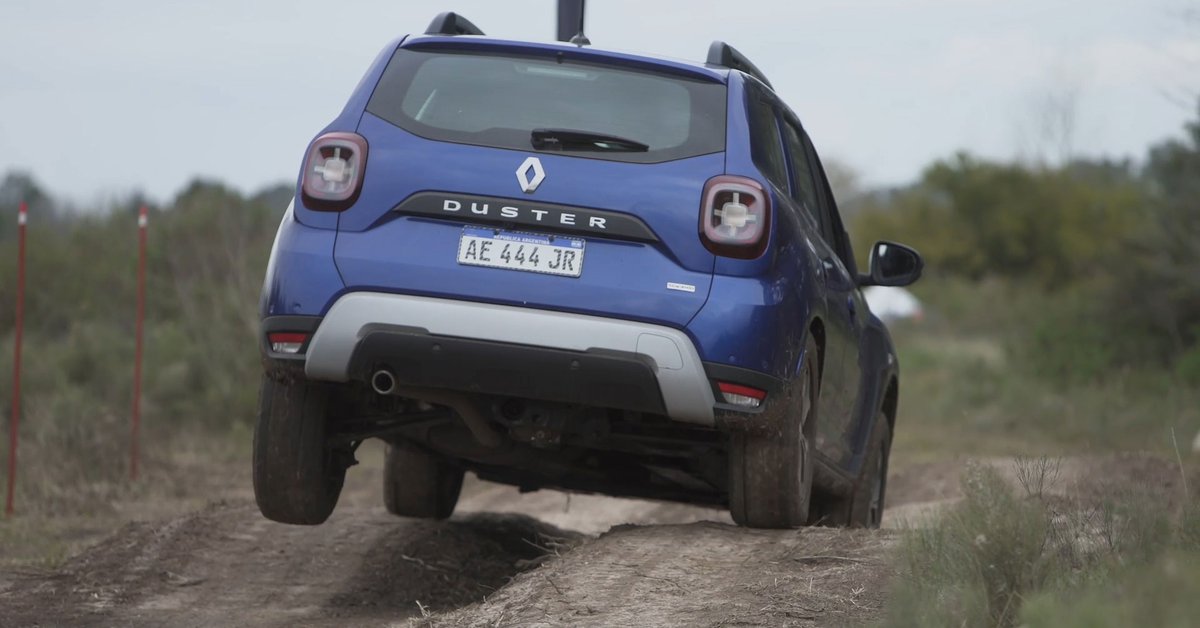 Duster in its two generations. The new one is a completely different car both from the outside and from its mechanics

When in 2011, the Renault Duster in Argentina, the message was blunt: “The vehicle that arrived to democratize the 4×4 in Argentina”. And the reason for using the word democratize was directly linked to its price. The Duster was arriving to be a all-wheel drive that could allow its owner to get out of the way, or to live in areas with adverse geography and climate, and have a 4×4 car, without having to resort to a pick up, which was more expensive and less familiar. The concept of B-SUV 4×4 was little seen and Renault showed this product with a clear philosophy of reach that audience.

Ten years have passed and Duster has more than achieved his goal. So much so that it is time to renew and offer its loyal users a new proposal. This Wednesday June 30th will be presented to the public on new Duster, and if we say new it is because, while maintaining its characteristic identity, it is really a new car.

On the Arawak dynamic test track, Infobae was able to verify the great differences between one generation or another of Duster, on the same day and under the same conditions. A great idea from Renault Argentina

In fact, so many are the differences between one and the other, that Renault Argentina summoned to a group of specialized journalists to an on road and off road driving clinic on Arawak, Escobar, about 20 days ago, as for us to take contact the same day, in the same place, with both vehicles, and thus feel, by our own perception, everything that changed the Duster.

The test consisted of a first contact with the Duster that was sold in Argentina until May 2021. On a track of asphalt with dry and wet sections, you had to take a reconnaissance lap, stop at zero, exit accelerating at 100% until reaching about 80 km / h and once on the wet floor, brake completely. Then there was a suave slalom of cones to verify direction and maneuverability at low speed.

Braking and ESP tests of the new Duster in its single-wheel drive version, on wet asphalt

The interesting challenge came later. Just a few seconds between go down and wait for the unit to finish sanitizing who had just left another driver, already repeat the experience with the new Duster. This time, the test was between two single traction units. Again a brief recognition to acquire the first sensations, such as the very good impression that one feels when accelerate the new turbo engine for the first time, one of the strongest points of the new Duster, as well as the driving position, the indications of a completely different dashboard, and another of the jewels of this new vehicle, electric steering.

After the reconnaissance lap, and again stop at zero to test acceleration on asphalt. Only this time we were with a unit of single traction equipped with the new automatic gearbox which is another of the novelties of this second generation.

The new Duster not only changed the mechanics and design of the headlights, grille and bumpers. It is a new tooling, with less inclination of the windshield

The exit, thanks to 4 cylinder 1.3 liter turbo engine, it is better than the 2.0-liter gasoline that we had tested ten minutes before, even with the delay that an automatic transmission has to the sudden acceleration. It’s amazing how the lap counter climbs with great force from 1,800 RPM until it reaches 155CV of power with which it is at 4,400 RPM. But the test was short, you had to braking to zero in the wet, and the car stopped with absolute security.

Then there was a parking test, that with the rear camera and the electric steering is extremely simple, and after passing the slalom at low speed on dry ground, which showed a firm suspension behavior, left us again at the previous acceleration point, from which we had to take the Duster up to 60 km / h to enter the another 5 cone slalom but at constant speed and in wet floor. The purpose of the test was to be able to verify the operation of the Stability Control, known as ESP system, which is another distinction between the old and new Duster. Despite of high center of gravity by the type of vehicle, the change of address was safe, so that each change of address could be entered without losing the trajectory.

The simple traction sensations were good, standing out the engine, the automatic box and the ESP, but It remained to test those of the 4×4, which is the very genesis of the Duster.

The genesis of the Duster is to be the vehicle that democratized the 4×4 in Argentina, and its insignia looks as it should, with the mud of an off road

For that they assigned us a vehicle per person, with which we had to travel a route of simple rural roads of about 4000 meters, to get to the area where the tests out of the way.

In that journey we tested the torque of the 1.3 turbo engine that Duster premieres. On several occasions we had to brake at very low speed to pass some cattle guards, so it was interesting to check the action of the 250 Nm which the manufacturer stated in the engine talk that we had had about ten days before in virtual mode. Now we had to handle a Duster equipped with 6-speed manual gearbox, which allowed us to test variants. Going second at 10km / h was too easy, so the next try, we did it in third, and the answer was Excellent. There was no need to look for the clutch and just reached 1300 RPM, that torque began to appear that will also be a personal hallmark of this vehicle, not only on uneven roads but in the city as well.

Arawak’s off-road track allowed us to verify its full potential on slopes, thanks to its Multilink suspension that works independently on the rear axle.

And again, now on the 4×4 track, we test the old version first and then the new one. The track had a first area with deep treads and two side ramps to put the car in transverse inclination, a mound about five meters high to test rise and fall very pronounced, then a zone of mud with deep tracks again, some roadless field and finally a straight about which we should accelerate and brake hard on gravel, and a succession of alternate ups and downs for each wheel, always put one out of contact with the ground.

The step with the previous Duster was as expected. The 2.0 130 hp engine has strength, but with the feeling that we brought to get to the place driving the turbo, it seemed tougher. Something similar happened with the steering, because we were light on the steering wheel, and going back to hydraulics after electric is a change that is noticeable. The slightest rumble of the new Duster is clearly felt, but for every road, there is something that feels even more. Now we have the mode change to three traction functions: Automatic, which distributes the traction as you feel you need it between the front and rear axle, the Lock, which gets to distribute 50% and 50% and is deactivated when it reaches 40km / h, and the simple traction, which leaves us only with front-wheel drive.

Three modes of traction of the new Duster. Automatic, simple traction and Lock, which locks the differential by 50% for each train up to 40 km / h

The design and many other things more will be part of what we will show after the new Duster is presented this Wednesday at 7:00 p.m. in the streaming that Renault Argentina will open to the public, but that it’s a new car there is no doubt, and that he intends to remain the democratizing 4×4 in Argentina, either.

How to avoid an unknown danger that accompanies us inside the car
The fabulous story of the Jerrari, an SUV that Ferrari refused to build in 1969