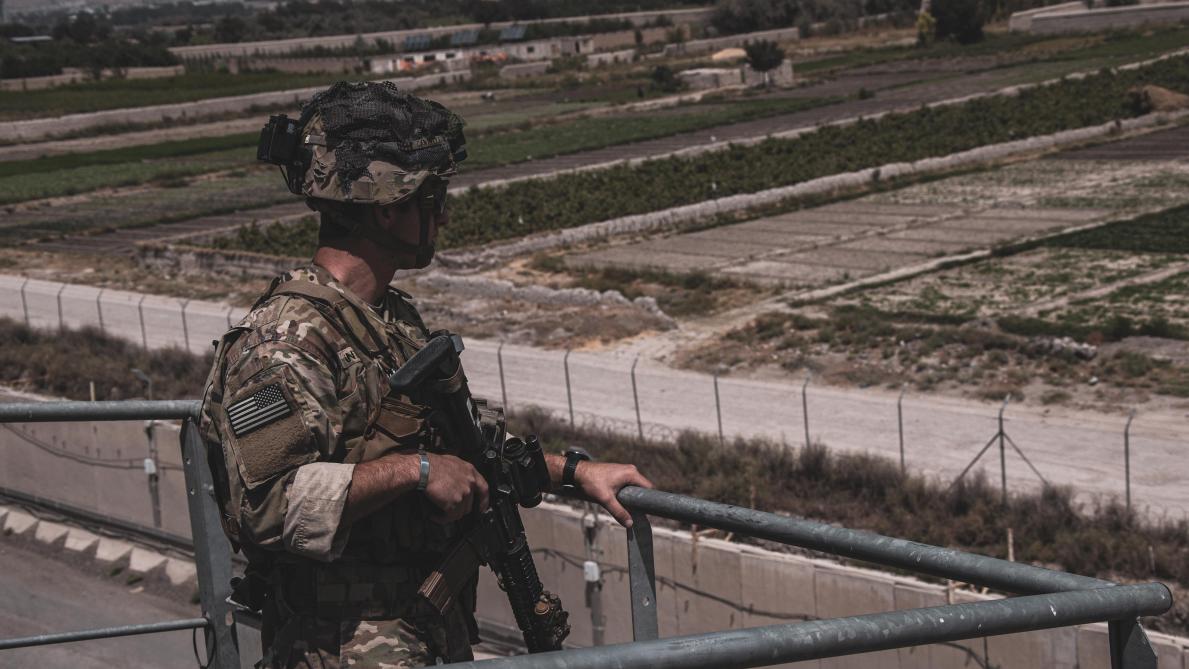 Dtwo days after the attack by the jihadist group Daesh which killed at least 90 people, including thirteen American soldiers, in the midst of a crowd of candidates for departure, the Pentagon announced on Saturday that “two important targets” of the Islamic State group had been killed in a US-led drone strike in Afghanistan.

Pentagon spokesman John Kirby declined to explain whether they were directly involved in Thursday’s bombing near Kabul airport. “These are IS-K organizers and operators, that is enough reason,” the spokesperson replied at a press conference.

The strike was carried out during “one mission,” Kirby said. No one is saying that because “we got them, we don’t have to worry about ISIS anymore,” the spokesperson stressed, saying that the US military remained “focused” on this ” threat still active ”. “The fact that these two individuals are no longer on the surface of the Earth is a good thing,” he continued.

The unmanned airstrike occurred in Nangarhar province in Afghanistan. “There are no civilian casualties to our knowledge,” said US General Hank Taylor.

Warning of a probable new attack in Kabul

Joe Biden warned on Saturday that an attack was “very likely” on Kabul airport “within 24 to 36 hours”, while claiming that the US strike that killed two ISIS operatives would not “be” the last “.

“The situation on the spot remains extremely dangerous and the threat of a terrorist attack on the airport remains high,” the US president wrote in a statement after meeting with his military and security advisers. “Our commanders informed me that an attack was very likely within 24 to 36 hours.”

Switzerland, Italy, Spain and Sweden announced on Friday that they had completed their evacuation flights, like Germany, the Netherlands, Canada or Australia before them. Italy claims to have evacuated more Afghans than any other country in the European Union, i.e. 4,900.

Germany exfiltrated 5,300 people of different nationalities, Australia 4,100, Canada more than 3,700, Spain more than 2,200, Norway 1,100, Sweden the same number. But the largest contingent has been from the United States, which continues to operate.

In addition, about 5,400 people were taken refuge in the enclosure of the airport Saturday morning, waiting to board a plane, according to the Americans, who intend to ensure that the evacuations continue “until the last moment”. On the other hand, the thousands of people who had been massed for days outside, in the hope of accessing the tarmac, have disappeared, noted an AFP journalist.

Towards a “safe zone” in Kabul?

While the five permanent members of the Security Council are due to meet on Monday on the subject of the Afghan crisis, London and Paris are drawing up a “draft resolution” which “aims to define, under UN control, a” safe zone “in Kabul which will allow to continue humanitarian operations, ”Macron said.

” Its very important. This would provide a framework for the United Nations to act in an emergency, and it will above all make it possible to put everyone before their responsibilities and the international community to maintain pressure on the Taliban, ”he added.

Begun two weeks ago with the capture of Kabul, evacuation operations for Afghans fleeing the Taliban regime are coming to an end at the airport, as the August 31 deadline for the withdrawal of troops approaches. Americans.

France also ceased operations on Friday evening, and the United Kingdom on Saturday. But the French president announced Saturday that discussions had been “started with the Taliban” to “protect and repatriate Afghans and Afghans” in a situation of risk beyond August 31.

France is counting on the help of Qatar which, thanks to its good relations with the Taliban, “has the possibility of arranging airlift operations or reopening of certain airlines”, specified Mr. Macron from Baghdad, where he attends a regional summit.

At Sunday Newspaper, Mr. Macron said he imagined targeted evacuations “which will not be carried out by the military airport in Kabul”. “We will see if this can be done through the capital’s civilian airport or through neighboring countries,” he said. The Head of State also castigated “a certain form of clientelist discourse that stirs fears” about the arrival of Afghan refugees in France.