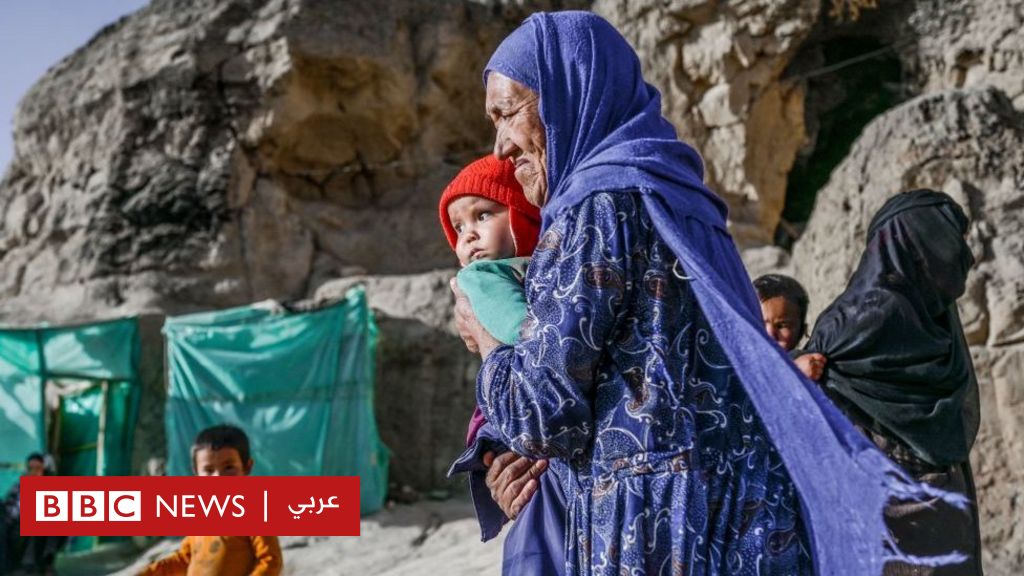 On Tuesday, a Taliban delegation held a meeting in Doha with European and American officials, the first among the three parties since the movement’s takeover of Afghanistan, coinciding with the G20 pledge to cooperate to spare the country a humanitarian catastrophe.

State Department spokesman Ned Price described the discussions as “productive, positive” and addressed security and terrorism concerns, providing safe passage for foreign nationals and Afghan allies of the United States to leave the country, as well as human rights.

For her part, German Chancellor Angela Merkel said that the country should not be allowed to “sink into chaos”, during the virtual summit of the Group of Twenty, which was held in Rome.

The European Union pledged 1 billion euros in humanitarian aid, while the United Nations urged world leaders to pump billions of dollars into the Afghan economy.

Qatar’s Foreign Minister Sheikh Mohammed bin Abdul Rahman Al Thani said on Wednesday that there is no clear path to unfreezing the Afghan government’s funds, reiterating “Doha’s position that recognizing the Taliban government is not a priority at the present time, and that international communication with it is important.”

The United States froze $10 billion of the country’s central bank assets after the Taliban took control of the capital, Kabul, on August 15.

International aid to Afghanistan has been banned since the Taliban returned to power after the withdrawal of US and other international forces after 20 years of war.

The country’s assets abroad have also been frozen, while food prices and unemployment are rising, leading to warnings of a humanitarian catastrophe once winter sets in.

US President Joe Biden stressed during the G-20 summit, the need to provide assistance through independent international organizations, and not directly to the ruling Taliban movement.

Italian Prime Minister Mario Draghi said that the G20 countries should be in contact with the Taliban, but this does not mean recognizing the movement’s government.

European Union countries are concerned about the prospect of an increase in the number of Afghan asylum seekers trying to enter, as happened in 2015 as Syrians fled the war in their country.

No recognition of the legitimacy of the Taliban

The Taliban is seeking to gain international recognition of the legitimacy of its authority in Afghanistan and to obtain aid to spare the country a humanitarian catastrophe and alleviate the stifling economic crisis it is suffering from.

So far, no country has recognized the legitimacy of Taliban rule in Afghanistan.

Preparations were made for talks between the Taliban and representatives of the United States and the European Union in Doha, with Qatari mediation.

EU spokeswoman Nabila Masrali said the meeting would “allow the US and European sides to address issues” including providing safe passage for those wishing to leave, ensuring humanitarian access, respecting women’s rights and preventing Afghanistan from becoming a haven for “terrorist” groups.

State Department spokesman Ned Price said the United States was looking at “pragmatic and practical engagement” rather than recognition.

The relationship “will be determined by the actions of the Taliban and any future government,” Price told a news conference at the State Department.

The Taliban’s foreign minister, Amir Khan Muttaki, called on the United States to establish “good relations” and not “weak the current Afghan government.”

The latest international moves come as Afghanistan grapples with what aid workers fear is a severe humanitarian crisis.

Aid accounts for about 40 percent of Afghanistan’s gross domestic product, according to the World Bank.

Afghans describe, to the BBC, the difficulties they face.

“Nothing can be found, and even if it is available, it is very expensive. I received my salary last year and I am still waiting for my salary, I have nothing to eat with my children,” said one retiree.

Another government employee in the northern town of Takhar complained that officials were lying about paying salaries.

“I received nothing… What kind of government is this? If the employee doesn’t go to work, there will be complaints and investigations. But if he doesn’t get paid, how can he survive?”

At a donor conference last month in Geneva, UN Secretary-General Antonio Guterres warned that the poverty rate was rising and public services were on the verge of collapse.